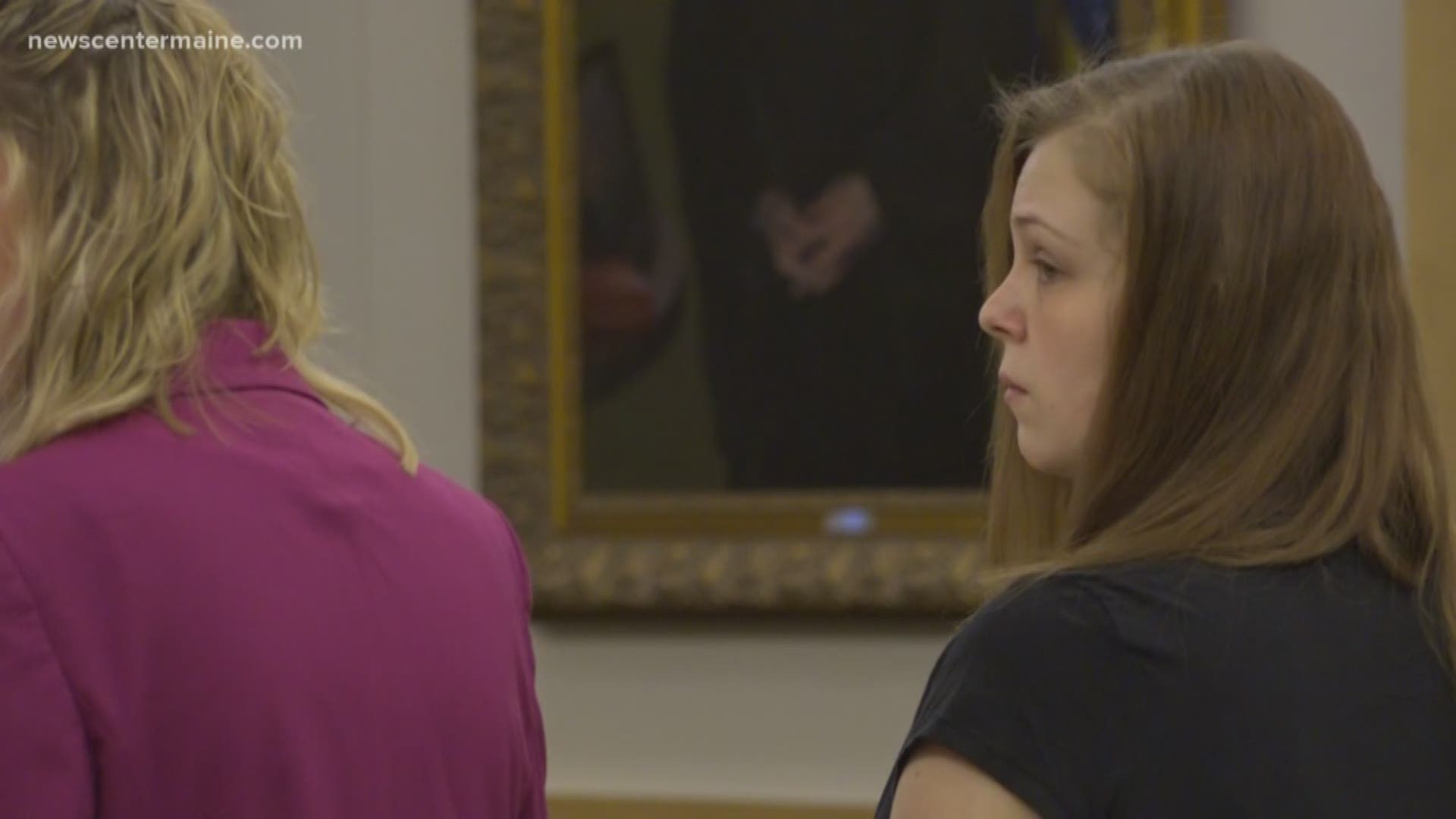 BANGOR, Maine — The Bangor woman charged with feeding her baby breast milk laced with methamphetamine pleaded guilty to all charges associated with that incident, and additional charges she faced while on probation in a courtroom Wednesday.

Alyssa Murch, 21, pleaded guilty to aggravated furnishing of a scheduled drug, a felony, and endangering the welfare of a child from a December 16, 2018 incident when her infant son was admitted to the hospital suffering from a meth overdose.

By the time officials arrived to Northern Light Eastern Maine Medical Center, the 7-month-old baby had regained consciousness and was being treated.

Murch was visibly tearful while answering to those charges in a Penobscot County courtroom back in February.

As a condition of her bail, the judge ordered Murch to stay away from drugs and not to have unsupervised contact with her child.

Much was back in court less than two months later on April 10, 2019 where she faced new charges of operating a meth lab and violating conditions of release while on probation for the December overdose.

Her bail on the previous charges was revoked due to the new charges so a judge ruled for her to be held without bail.

In court Wednesday morning, Murch waved her right to indictment by a grand jury and to a trial, pleading guilty to all charges including at least one felony.

She was sentenced to three years with the Department of Corrections, all but 76 days, and credited for time served.

Additionally, Murch was sentenced to four years probation with terms including not using alcohol or drugs, including marijuana; she can't have any weapons or firearms; she must undergo substance abuse treatment and potentially mental health treatment; she must pay court fines. She is also not allowed to have contact with a man named "Jacob."

Murch told Judge Charles Budd in open court Wednesday she is pleading guilty because she "wants to live a clean, sober life and be the mom that my kids deserve."

Upon her release from jail Wednesday, Murch is being enrolled in a court-appointed drug treatment program.