Mother looking for answers, donations after son killed in hit-and-run

Alvin White was killed late Tuesday night near I-10 and WW White Road on the east side. 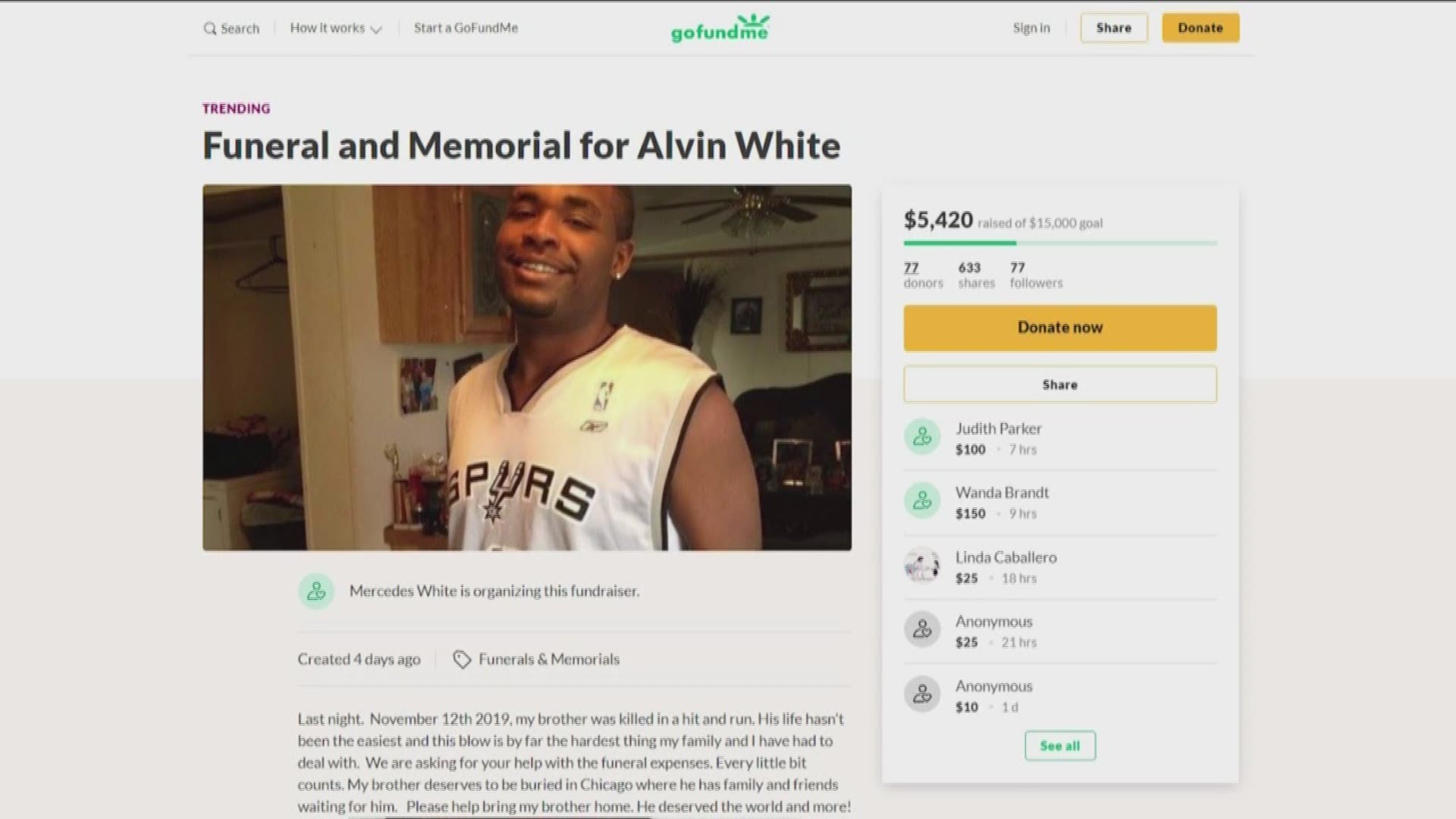 SAN ANTONIO — The heart-broken mom of a hit and run victim is raising money to bury her son back home in Chicago. Alvin White was killed late Tuesday night near I-10 and WW White Road on the east side. The driver has not been caught.

Police say the driver who hit him left him to die in the street. They said White was walking along the I-10 access road when he was hit by a car. The Medical Examiner said he suffered massive head trauma and died at the scene.

Investigators said they would be looking for surveillance video from nearby businesses for clues, but no arrest has been made.

If you know anything about this crime, please call police.

If you’d like to help the White family, visit the GoFundMe page set up to cover memorial expenses.

Police investigating if alcohol played a role in fatal rollover

Kanye West talks about serving God during visit with Osteen