“Walked up to my daughter's window and shot her in the face - and killed my baby," says her father. 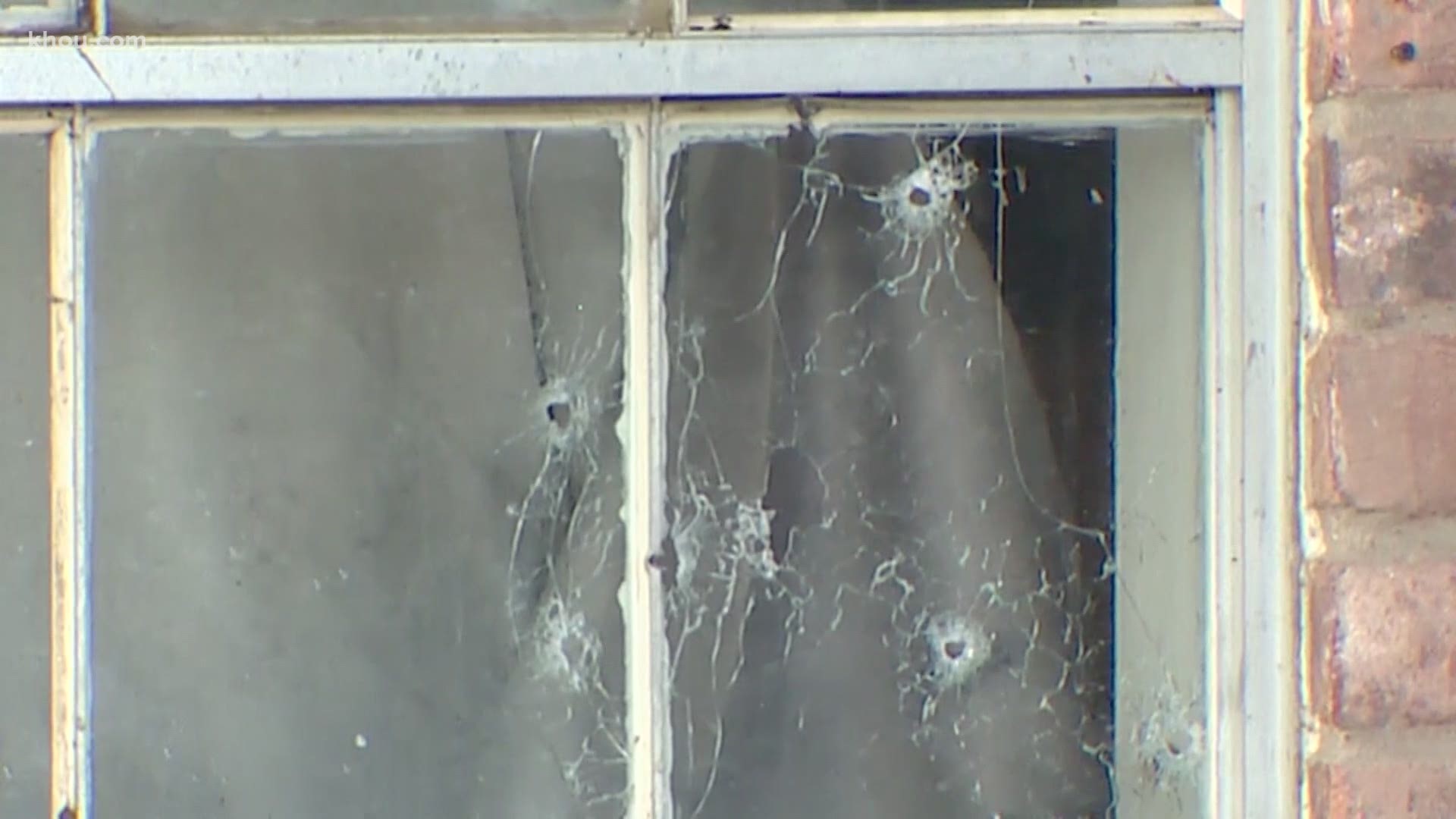 A motive for the crime is unknown, and the shooters are still on the loose at this time.

UPDATE: An arrest has been made, read more here

The shooting was reported in the 11200 block of Timber Crest, in a neighborhood north of Jersey Village, at about 11 p.m.

Deputies responded to the shooting call and found the 20-year-old woman dead in her bed inside her family's home.

Dozens of shell casings from multiple weapons were found in front of the home and in the street. A shotgun was also found in the yard, deputies said.

A motorcycle, possibly stolen, was also left abandoned in front of the home.

Deputies were seen questioning a young woman at the scene and also stopped a pickup truck nearby, but no arrests or charges have been announced at this time.

Family members spoke to KHOU 11 News and later identified the victim as Sierra Rhodd. Her family said the woman had muscular disabilities, and they don't think she was the intended target.

"She didn’t deserve to go like this. She had so much and never hurt anybody. Always worried about how everyone else felt," said her dad.

Family members believe the shooters were going after the woman's younger brother, who was not at the home. They believe someone had a "beef" with the little brother.

Anyone with information that could help with the investigation can call Houston Crime Stoppers at 713-222-TIPS.