Neighbor helps deputy take down suspects: 'It was an attack against my own people'

Michael Allen took out his gun and helped the injured deputy take down one of the teens until backup could arrive. 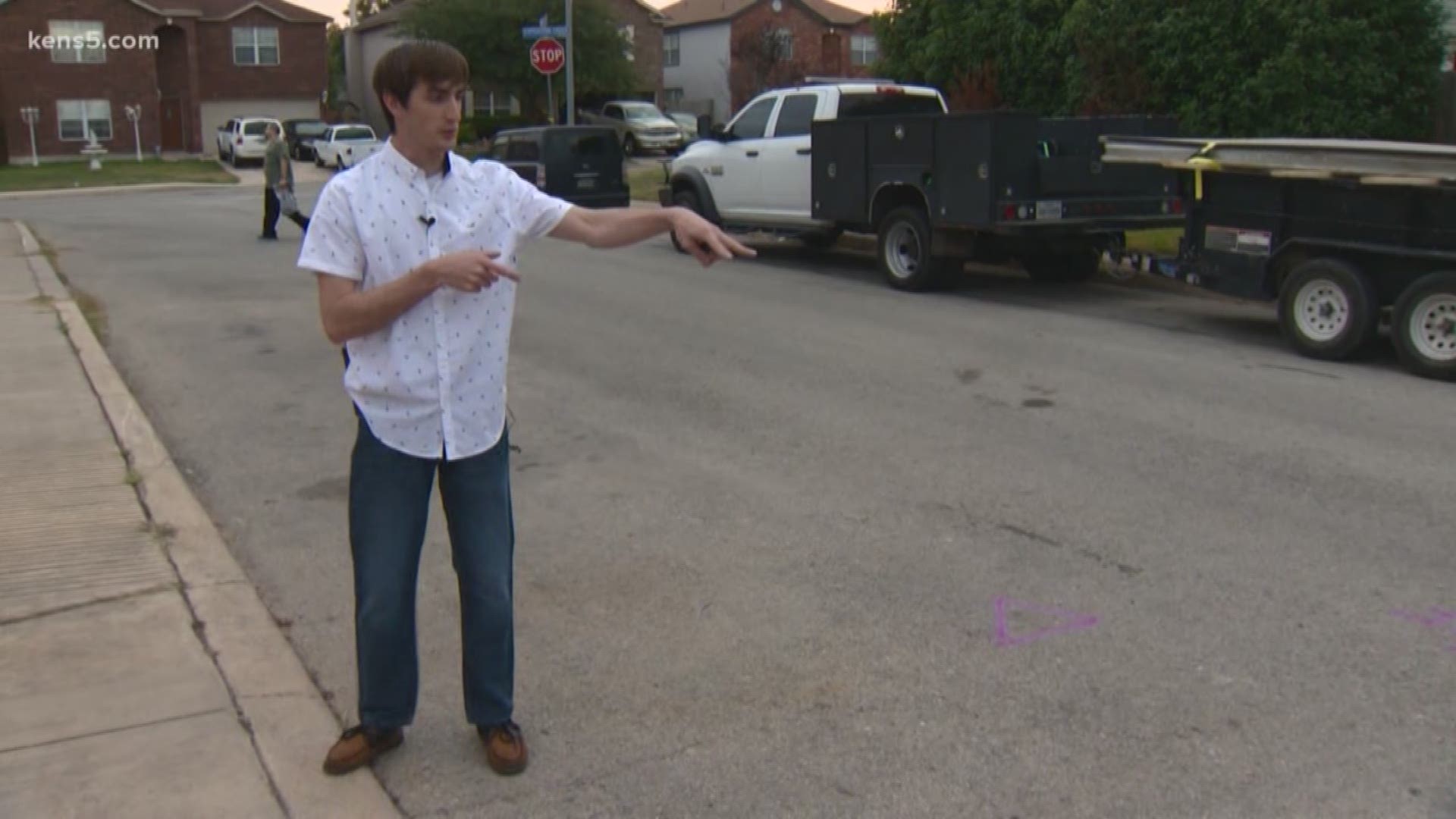 SAN ANTONIO — A deputy was hurt after two teenagers allegedly hit his patrol car head on. Neighbor Michael Allen stepped in to help the deputy and stop the suspects.

Allen said he dreams of becoming a deputy. "I felt like it was an attack against my own people," he said. "I am not even a deputy yet. I feel that strongly, that passionately, serving for my community."

Investigators said the deputy in his patrol car was hit head-on by the stolen car driven by two teens trying to get away. The 14-year-old girl and a 15-year-old boy appeared to show no mercy.

"It was truly remarkable to see him push through that after just having a car slam into him at 20 miles per hour," Allen said.

The teen's car stalled in front of Allen's home on the far west side. Allen took out his gun and helped the injured deputy take down one of the teens until backup could arrive.

"Even though I am not an officer," he said. "I'm not on duty and not my scene. It is still there."

Allen started the police academy at San Antonio College, but he never finished.

"That muscle memory is still there for the rest of my life," he said.

He dreams of actually being a Bexar County Sheriff's Deputy. Sheriff Salazar even gave the young man a special coin. Allen said today reignited his passion to finish the academy. The sheriff told him he could be getting some calls from recruiters.

Sheriff Salazar said the two teen suspects are runaways and they had pills and marijuana in their stolen car. They're facing drug and theft charges along with aggravated assault on a police officer.