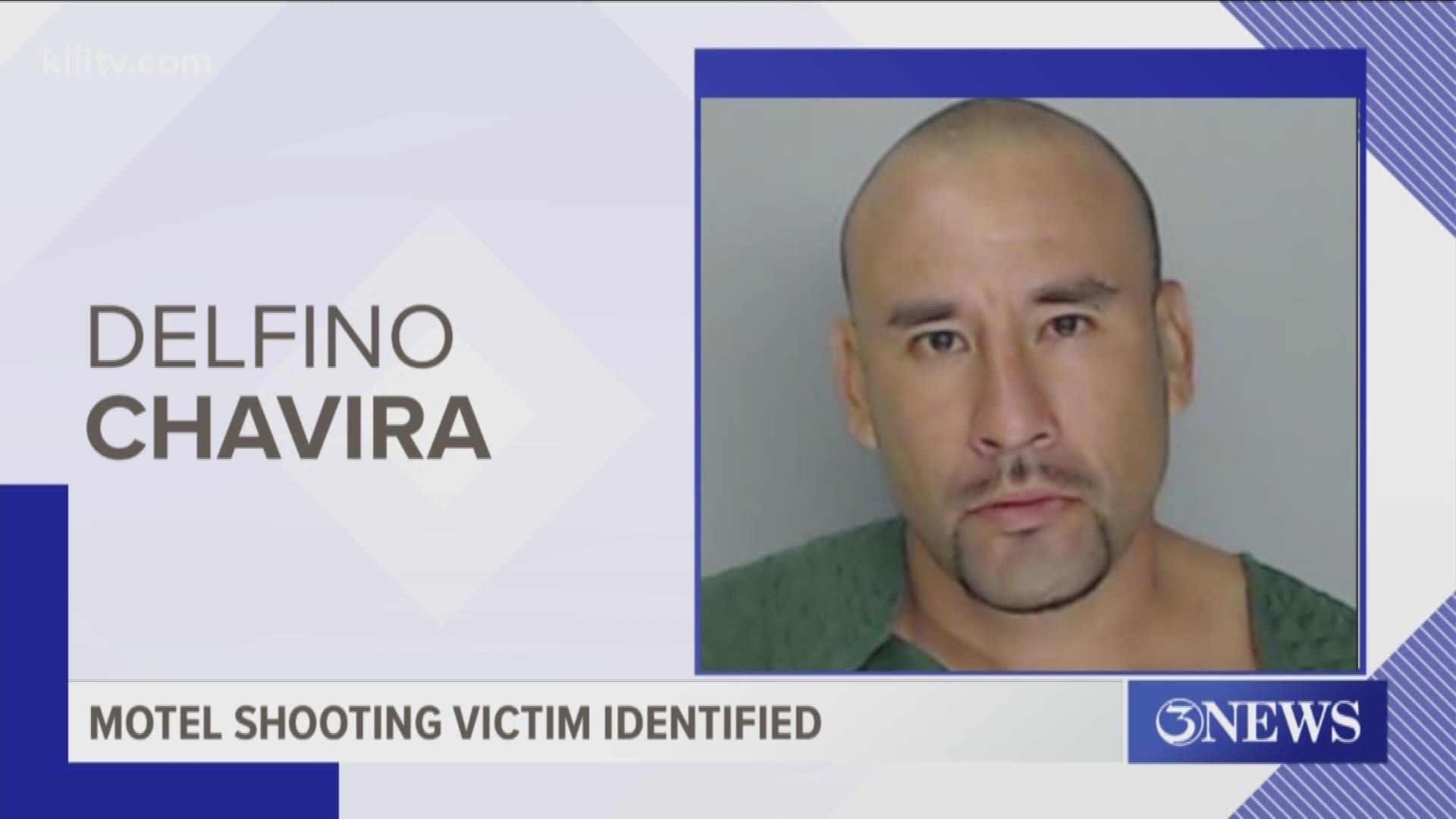 CORPUS CHRISTI, Texas — Corpus Christi Police Department were called to a fatal shooting at the Valley Motel in the 5300 block of Leopard Street. Police said it was just after 4:30 a.m. Friday when they found the body of a 34-year-old Sophia Lott.

Through an investigation, CCPD was able to identify the suspect, 37-year old Delfino Chavira, and obtain two warrants.

Chavira was arrested by detectives and was transported to the Nueces County Jail where he was charged with murder and deadly conduct.

This case is still under investigation, and Homicide Detectives urge anyone with any information to call 361-886-2840.