One dead in south Charlotte homicide

Medic said one person was killed near Sharon Lakes Road. 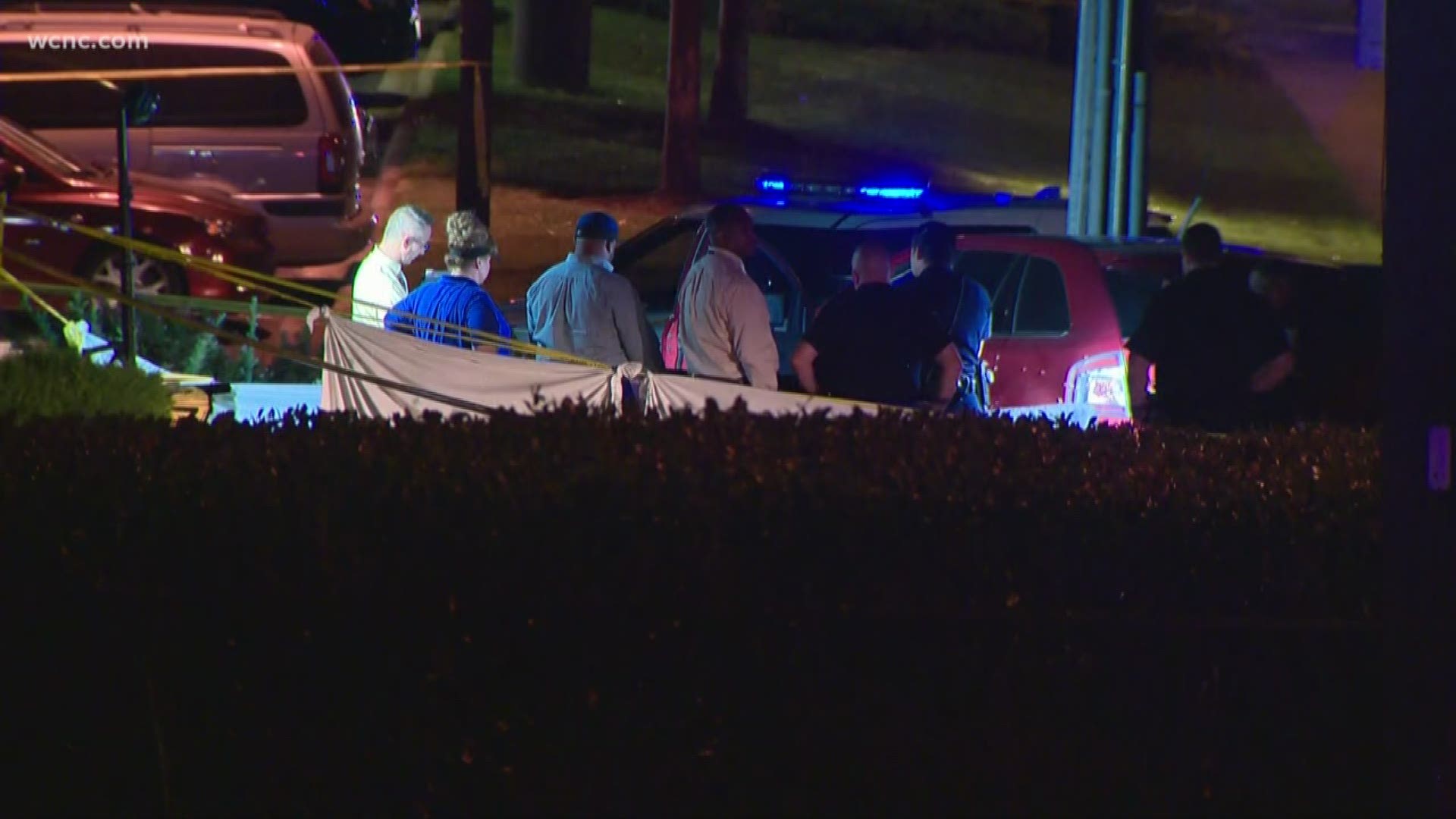 CHARLOTTE, N.C. — One person was killed Thursday after a shooting on Sharon Lakes Road in south Charlotte, according to Charlotte-Mecklenburg Police Department. Friday night, CMPD announced that 29-year-old Quantez Dmontrae Bazley had been charged for his involvement in the murder.

Around 4:41 p.m., CMPD and Medic responded to a shooting in the 7600 block of Sharon Lakes Road. Medic was the first to confirm the shooting and that one person was found dead on arrival.

That person was identified as Alonzo Cedric Parker, 33.

"Steele Creek Division officers responded to an assault with a deadly weapon call for service," CMPD said in a released statement. "Upon arrival, officers located one male with an apparent gunshot wound outside of a business complex. He was pronounced deceased on scene."

As a result, CMPD opened a homicide investigation into this incident.

"All indications at this point are that this was the result of an altercation that happened in the shopping center that boiled out into the street where the shooting occurred,” Major Allan Rutledge said.

"It’s disturbing. The fact that this occurs during rush hour is certainly concerning to us it goes back to what we've talked about time and time again, people need to resolve their disputes in ways other than gunfire,” says Major Rutledge.

The crime scene was located near the Sharon Lakes Retail Plaza.

Investigators examined a red SUV, which appears to have damaged windows. The vehicle was stopped near the side of the road where Sharon Lakes Road meets South Boulevard.

Detectives told WCNC they canvassed the area for any additional witnesses to the shooting.

People who lived in the apartment complex nearby had to wait hours before they were able to go home. Some said this isn’t the first time they’ve seen flashing lights and crime scene tape in the area.

“I'd like to find a place that’s nice and safe, but that’s kind of the reality of this area, so I’m just living with it,” says Daniel Inman.

All lanes of Sharon Lakes Road between South Boulevard and Waterford Lakes Drive were closed while the Charlotte-Mecklenburg Police Department investigates.

Police said this investigation was ongoing and asked anyone with information to call 704-432-TIPS or Crime Stoppers at 704-334-1600.

CMPD officer "arrested" by boy who wants to be an officer