One man in custody after driving wrong-way on Whitecap Blvd. and jumping into a canal to avoid being apprehended

The officer attempted to stop the vehicle that was being driven by 31-year-old, Charles Bird, and issue a violation, but he refused to stop. 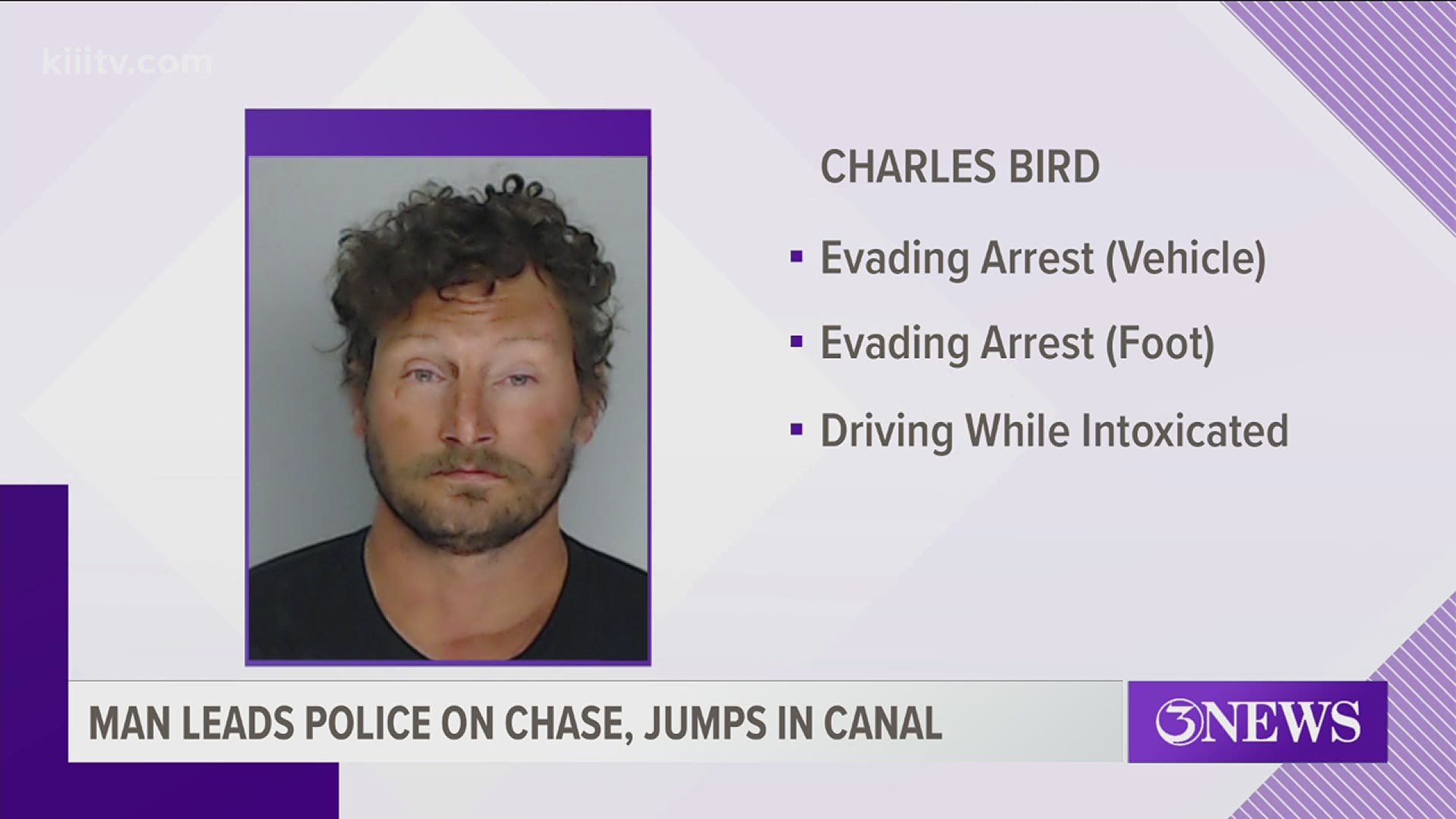 According to CCPD, an officer observed a vehicle that was traveling the wrong way on the 14000 block of Whitecap Blvd. on Wednesday, August 5, at approximately 9:30 p.m.

The officer attempted to stop the vehicle that was being driven by 31-year-old Charles Bird and issue a violation, but he refused to stop his vehicle while continuing to drive the speed limit.

"The driver finally came to a stop, turned off his lights, and appeared to be exiting the vehicle. An officer pulled up to Charles Bird’s vehicle, which was stopped, and the officer began to exit his police vehicle. Charles accelerated away, causing the officer to jump back into his vehicle, just prior to Charles striking the police vehicle," stated CCPD Lieutenant, Michael Pena.

Officers then say Charles Bird drove on several streets before coming to a stop, exiting his vehicle, and jumping in a canal near Whitecap to escape being apprehended by police.

Bird was eventually pulled out of the water and placed into custody, according to authorities.