Also inside the vehicle was the man's 15-year-old daughter who ran away from the scene when gunfire opened up. 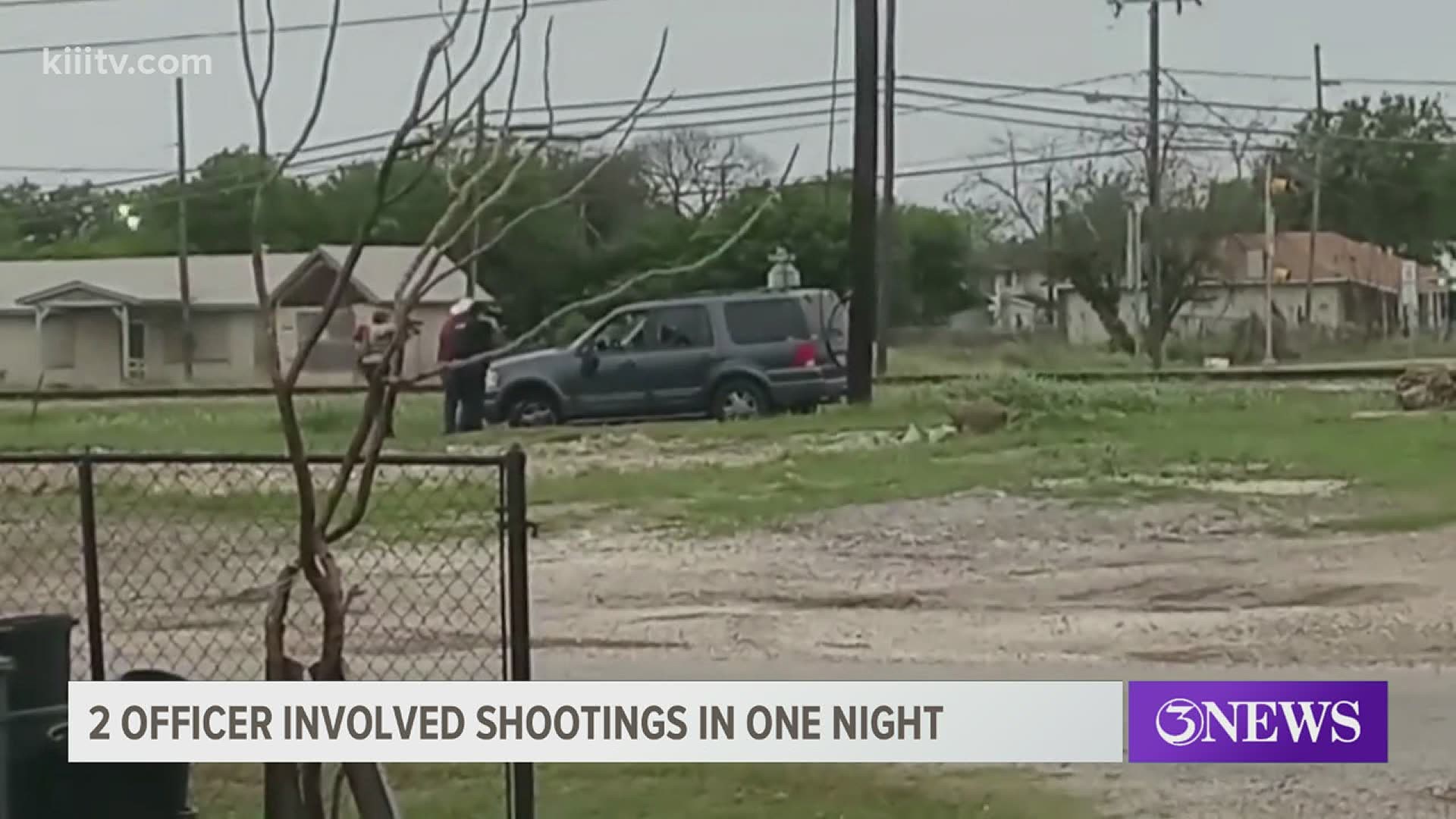 A police chase that started in Sinton went through Taft and ended up in Gregory Monday evening.

According to the San Patricio Sheriff's Office, the suspect has now been identified as 30-year-old Eddie Tamez. Tamez was driving the vehicle and running from police after police attempted to stop him in Sinton around 6 p.m. Monday.

Police would then spike his vehicle's tires before Gregory. That's where gunfire opened on Ayers Street and a patrol car's windshield was hit by a bullet from Tamez.

Officers would return fire and the Tamez was struck before being arrested. Sheriff Oscar River with San Pat said several weapons were found inside the vehicle.

Also inside the vehicle was the Tamez' 15-year-old daughter who ran away from the scene when gunfire opened up. She is said to be OK.

He was transported to the hospital with unknown injuries.

RELATED: Do you recognize this person? They are wanted for burglarizing New York Joes in Alice