The ATF says the National Shooting Sports Foundations will match the original $5,000 reward, bringing the total to $10,000. 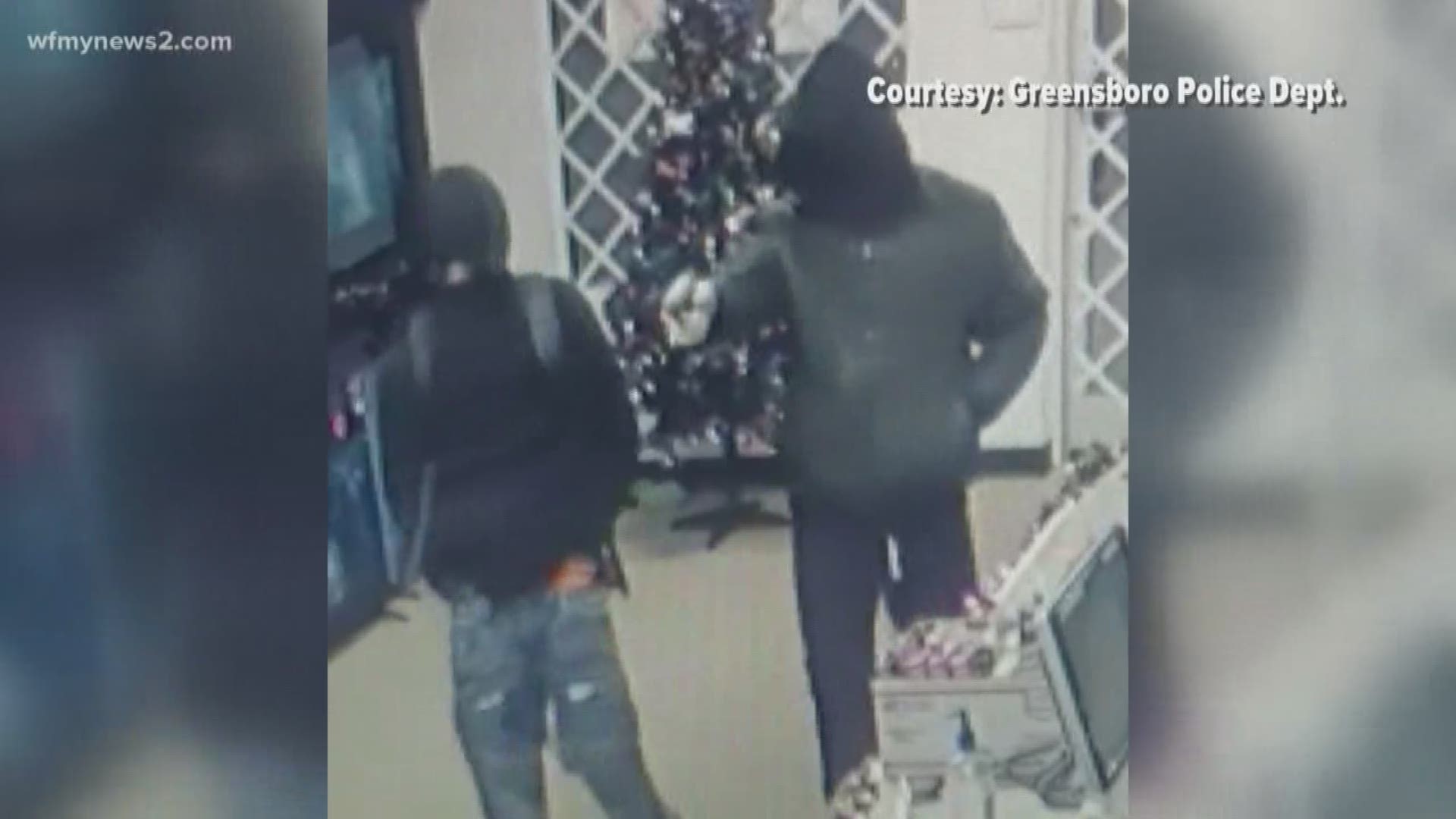 GREENSBORO, N.C. — There's now a $10,000 reward for information leading to the arrests of suspects wanted in connection with an armed robbery at a Greensboro pawn shop.

The ATF says its $5,000 reward will be matched by the National Shooting Sports Foundations, bringing the total reward to $10,000.

Surveillance images show one suspect holding a gun. The faces are covered and the suspects are seen wearing gloves. A police report lists 19 handguns stolen from the shop. The list shows a range of each handgun in value from $119 to $849.

The report states the total amount of property stolen is $8,536.

A detective with the Greensboro Police Department says they're working on sorting through leads in the case. Police say its all preliminary, as it's still very early in the investigation, but any information related to the case is welcome and wanted.

Detective Ingram with GPD says the fact that more stolen guns are out on the street is a huge concern. "Where are these guns going to end up?" said Ingram, "And what we hope is they don't end up in a violent scene or anything in that nature."

The ATF is working with Greensboro Police on the case.

Corey Ray, a spokesperson for the ATF office in Charlotte, says any information the public can provide is helpful.

"We’re always looking for information. It’s never good to have these stolen firearms. They could very likely end up in our own communities," he said.

Police: These Men In Masks Robbed A Greensboro Pawn Shop

1 / 7
Greensboro/Guilford County Crimestoppers
Officers say these suspects robbed a Pawn Way on East Cone Boulevard. Call Crime Stoppers a (336) 373-1000 if you have any information,

'I Came Face to Face With the Killer Today' Man Wanted For Double-Murder in Alamance County Has Been Arrested, Deputies Say