The day before an arrest was made, the victim's mother said she had suspicions as to who murdered her daughter. 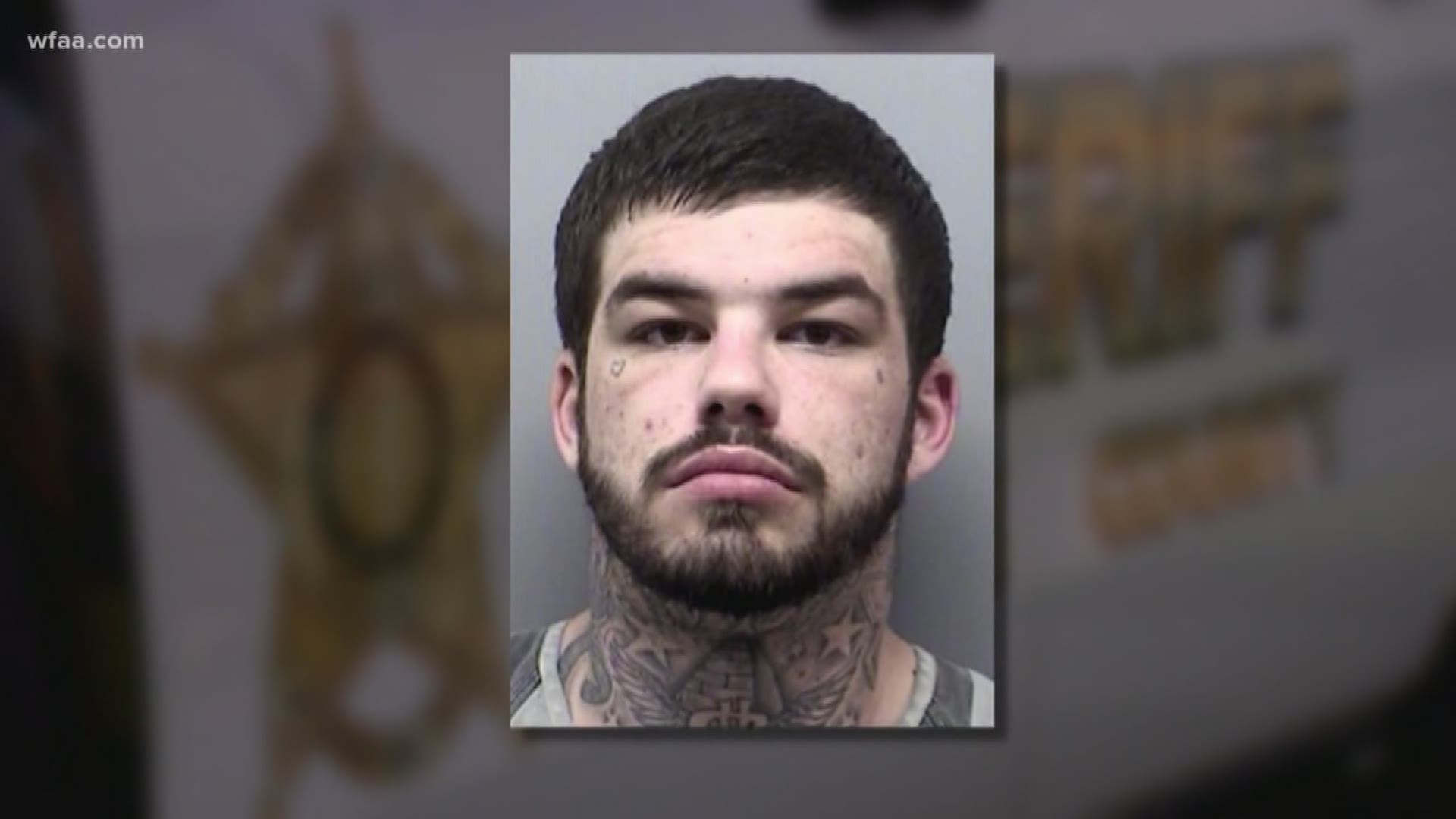 Updated at 3:16 p.m. Sunday with vigil and funeral information.

Police have arrested a 21-year-old man on a charge of murder in the death of a Ponder mother of two, according to Denton County authorities.

The body of Jade Harris, 20, was found Sunday by people fishing near Denton Creek just west of Ponder. She had last been seen on Oct. 25.

According to Tarrant County Medical Examiner records, Harris was stabbed to death.

Records show Brock is being held at the Denton County Jail in lieu of a $500,000 bail.

The day before his arrest, Sorena Herrington, Harris' mother, told WFAA she had suspicions he was the man who murdered her daughter.

"The stabbing was intimate," she said of her daughter's violent death.

Herrington said her daughter rejected Brock in the past. She said he had also served time in jail after he beat her and "choked her out."

"You've taken our sunshine, my bug," she said she wanted the killer to know.

Harris had recently separated from her husband, John Harris Jr., who she had two children with – a 2-year-old girl and a 1-year-old boy.

Harris' estranged husband said he hadn't lived with his wife since May.

A GoFundMe has been set up to raise money for Harris' funeral expenses and her children.

Harris' family will hold a vigil at 5:30 p.m. Sunday at Central Park in Lewisville. The vigil is open to the public, people are encouraged to wear the color blue.

A private funeral service for friends and family is scheduled at noon on Wednesday.