Surveillance videos in the Magnolia Heights neighborhood show a suspect lurking with a weapon, trying to break into cars. 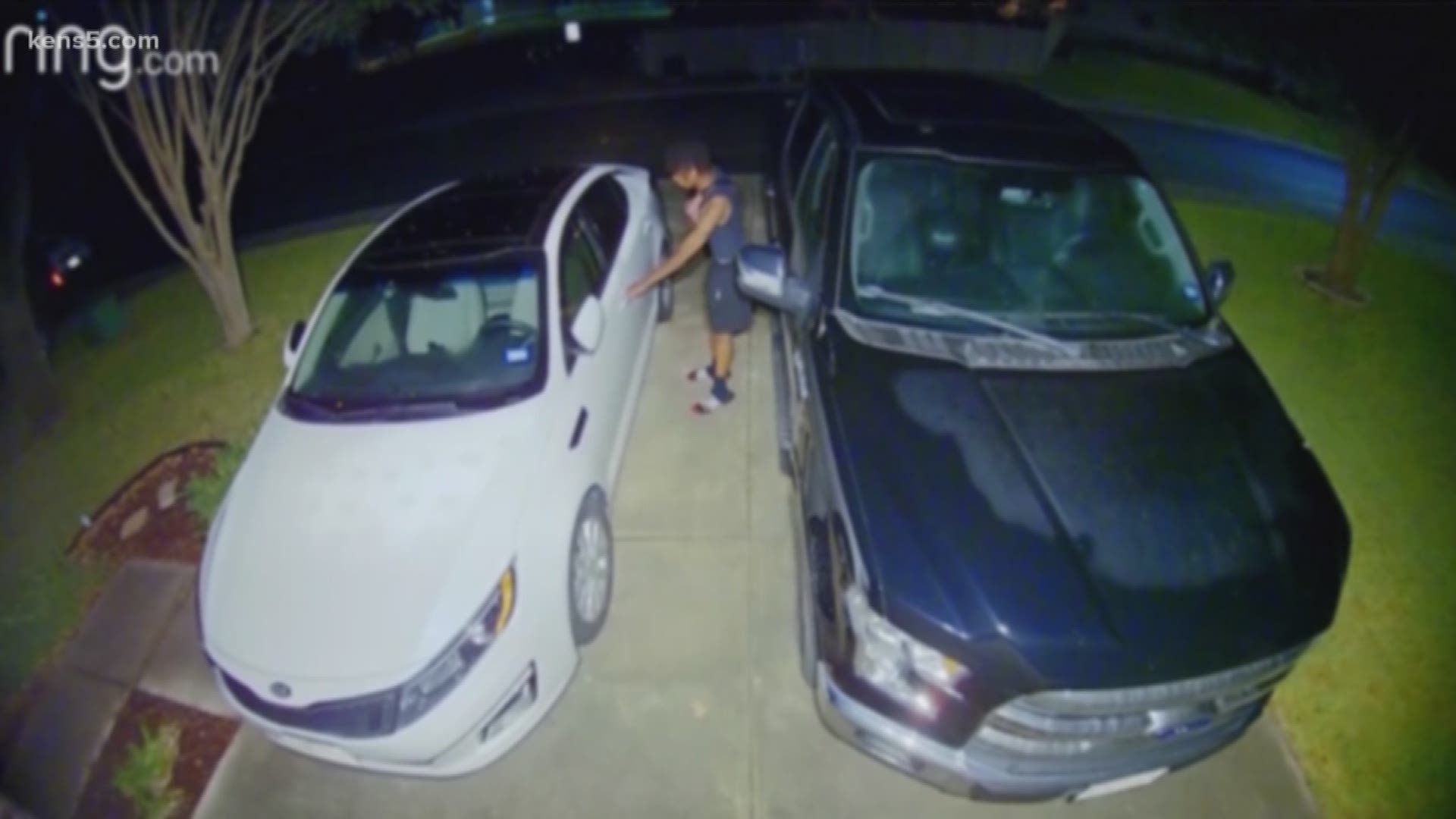 San Antonio native Frank Allotta said just before 2 a.m. Thursday morning, he got a 'motion' alert on his phone. His home security camera showed an unidentified man checking cars on his driveway.

"I was watching it live as it happened," Allotta said. "I was going to sound off the alarm, but I let it play out. When I replayed the video, I saw the gun in his hand."

Allotta called 911, and within minutes, he said police caught the suspect in the Magnolia Heights neighborhood.

"They told me, 'we found him right down the street,'" Allotta said. "Plus, he had as bunch of stuff he got from porches and other cars."

Another neighbor shared footage showing the same armed suspect, climbing out of his car and waving the gun around. The car owner told KENS 5 that was the third time something had happened in roughly two months.

Allotta and other neighbors said they specifically installed cameras due to the uptick in vehicle crimes in the area. "I like to think I prevented a shooting," Allotta said. "As soon as I start alerting people in the neighborhood, they know to stay in their house, or if they have guns, be on guard. Get as much video as they can. Let the cops do their job."

Allstate offered the following tips so car thieves in your neighborhood will make a U-turn before going after your ride.

1. Lock It Up and Roll ‘Em Up – An unlocked door or rolled-down window gives thieves fast access to everything in the car. Also, never leave your vehicle running or the smart key inside the car while it is unattended.

2. Look Around – Park in well-lit areas of the parking lot or street. Look for safety benefits, like security cameras or pedestrian activity. Lights, cameras and law-abiding citizens are turn-offs for thieves.

3. Hide it First or Take It Along – If it’s too bulky to keep in your possession, store valuable items in the trunk of the car or out of sight—and do it before you park. Waiting to hide valuables until you’ve arrived can allow a thief to watch where you stow your stuff.

4. Deter Thieves – Consider installing an audible alarm system and a visible anti-theft device. Car thieves tend to avoid cars with alarms or anti-theft devices because they attract attention when they go off. Check with your insurance provider, because you may receive a discount on your auto insurance for some of these devices.