Sunshine was found dead on October 11, as authorities were notified by a pipeline company that there was a deceased horse found in a ditch.

BEEVILLE, Texas — A Beeville, Texas, woman who was desperately searching for her horse, finally received some closure. She believes it was stolen from her pasture sometime on Tuesday morning.

The horse, named Sunshine, was last seen between the hours of 8 p.m. Monday and 8 a.m. Tuesday. Sunshine's owner took to social media begging anyone with information about her horse to come forward.

Henson went to do her morning routine of feeding Sunshine, a 24-year-old white Palomino horse, and found a hole in the fence between her and her neighbor's property. 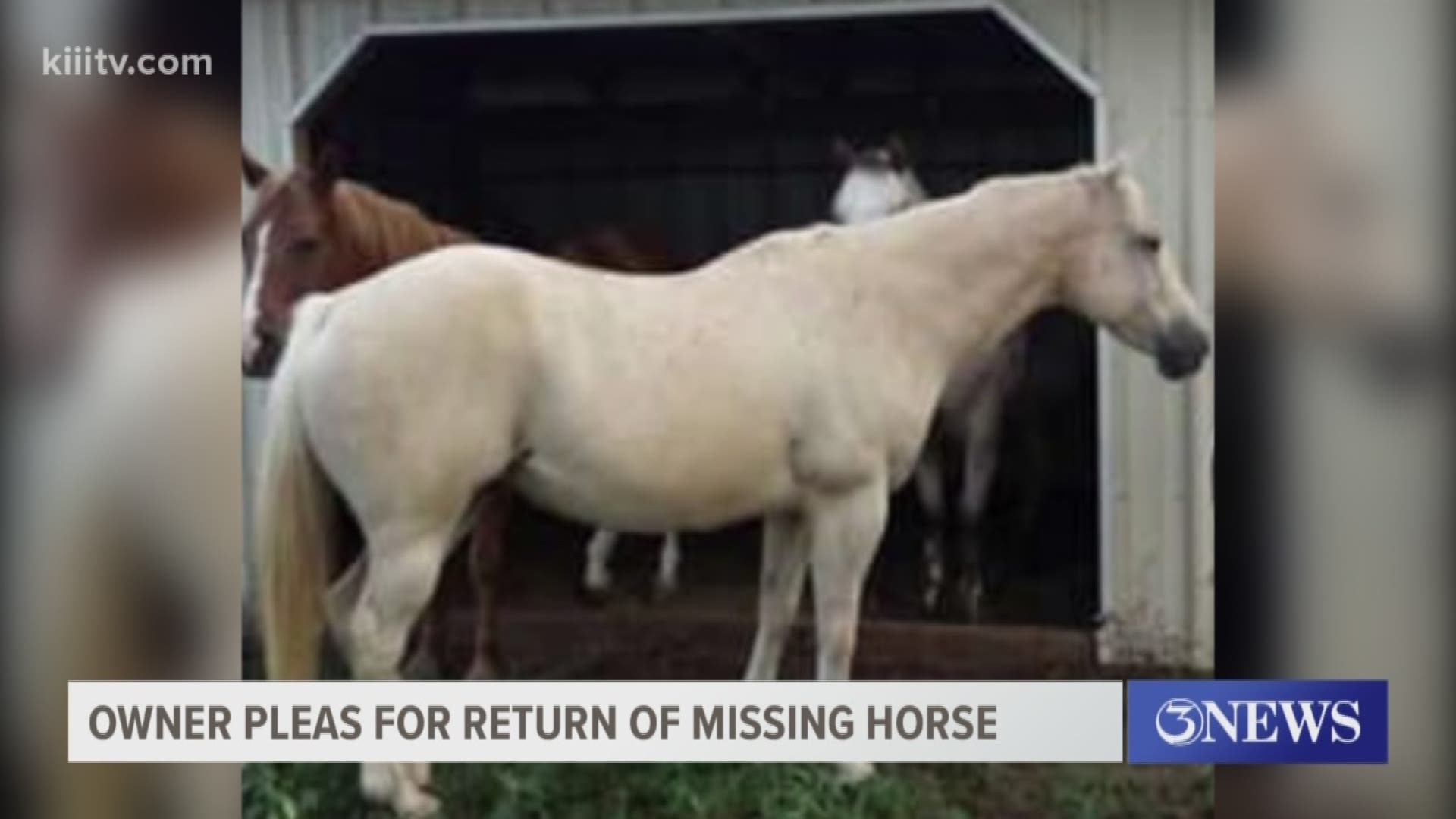 Henson, the community, and police searched for Sunshine for nearly a week before receiving a sad update on the beloved horse. Sunshine was found dead on October 11, as authorities were notified by a pipeline company that there was a deceased horse found in a ditch on Henson's property.

Henson then identified the deceased horse as Sunshine. Henson is devastated and dearly misses Sunshine and asks anyone with information to please contact authorities.

If you have any information regarding the death of Sunshine, please contact the Beeville County Sheriff's Office at 361-362-3221.