One couple almost fell victim to someone who offered them a great deal on a rental house. 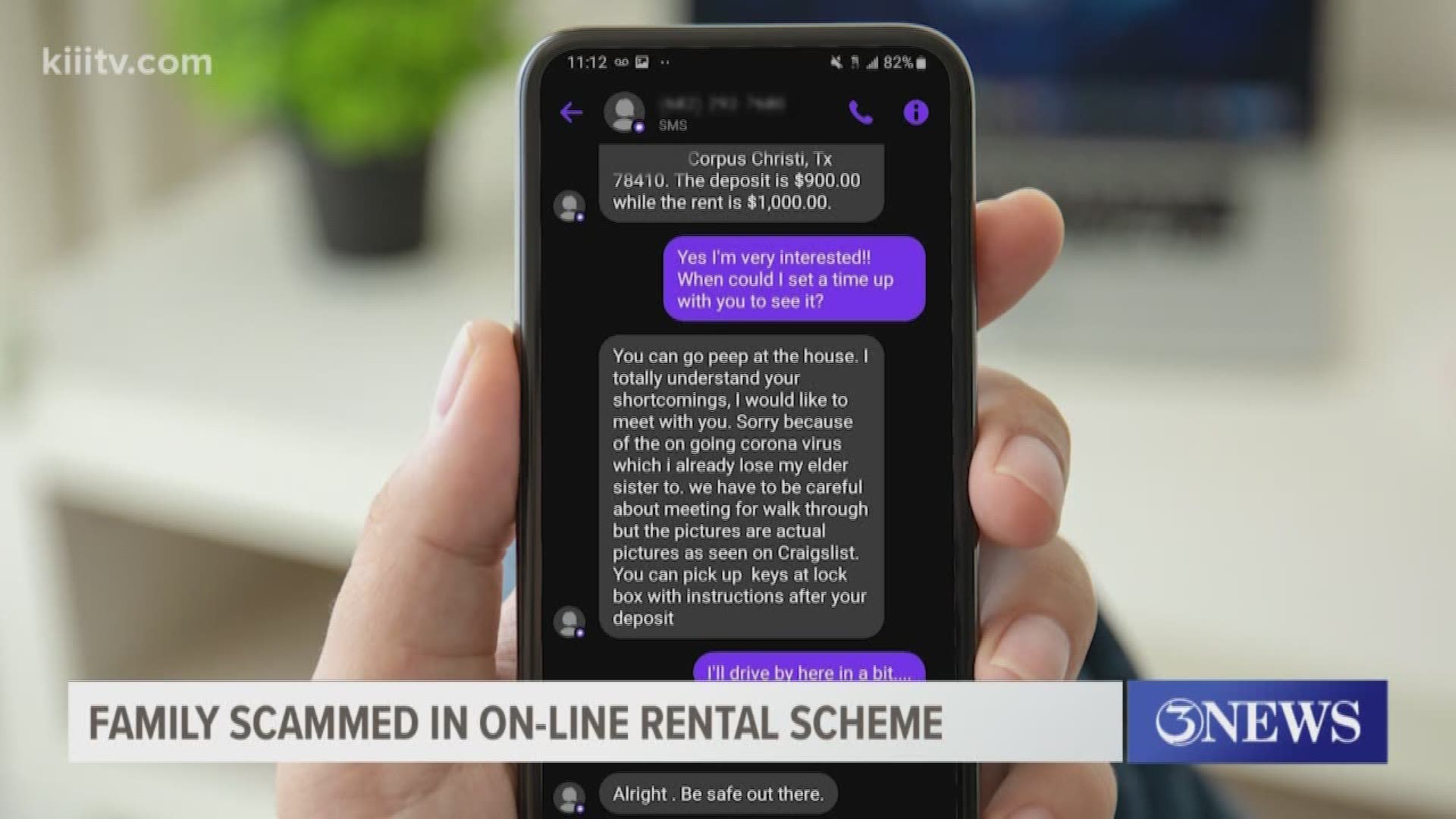 CORPUS CHRISTI, Texas — During this pandemic, a lot of people have had to tighten their belts and watch their money closely. But that hasn't stopped scammers out there who are looking to take people's hard-earned money.

Lannette Howe and her husband we're looking for a house to rent over the Memorial Day weekend, but they realized that real estate companies we're going to be closed until Tuesday so they checked out Craigslist. The two noticed a house they had been looking at on Zillow was being offered on Craigslist for $400 less than it was priced on Zillow. This tempting offer started a flurry of text messages between the supposed owner and Howe.

"He [the scammer] said if I left the deposit by the lock box or by the entrance doorway then he would have somebody pick it up and leave the keys and the paperwork," Howe said. "He didn't live here so he couldn't do it himself and he was afraid of COVID. He even threw in that he had lost his older sister to COVID so he wasn't doing house tours or anything like that."

Howe said she was suspicious and drove by the house; things weren't adding up. She decided to wait and make a call.

"The questions he was asking, they weren't normal questions for a rental property and so that was a flag," Howe said. "I waited and I actually called the real estate company that's name is out front of the house and I talked to them and asked them who's the owner, I've been in contact with this man over the weekend and he says he owns the house and they told me directly the owner will never contact you."

Howe's suspicions proved correct. The realtor told her the scammers are using legitimate real estate listings and then posting them elsewhere; it's all to scam unsuspecting people out of money. Howe said she's fortunate she didn't fall for this trick and she wanted to warn others out there to be careful.

She also said she contacted Craigslist about the scam that almost cost her $900 for a deposit and possibly $1,000 for the first month's rent.