Police say the man tried to get away, but was arrested a few blocks from Don Patricio Road. 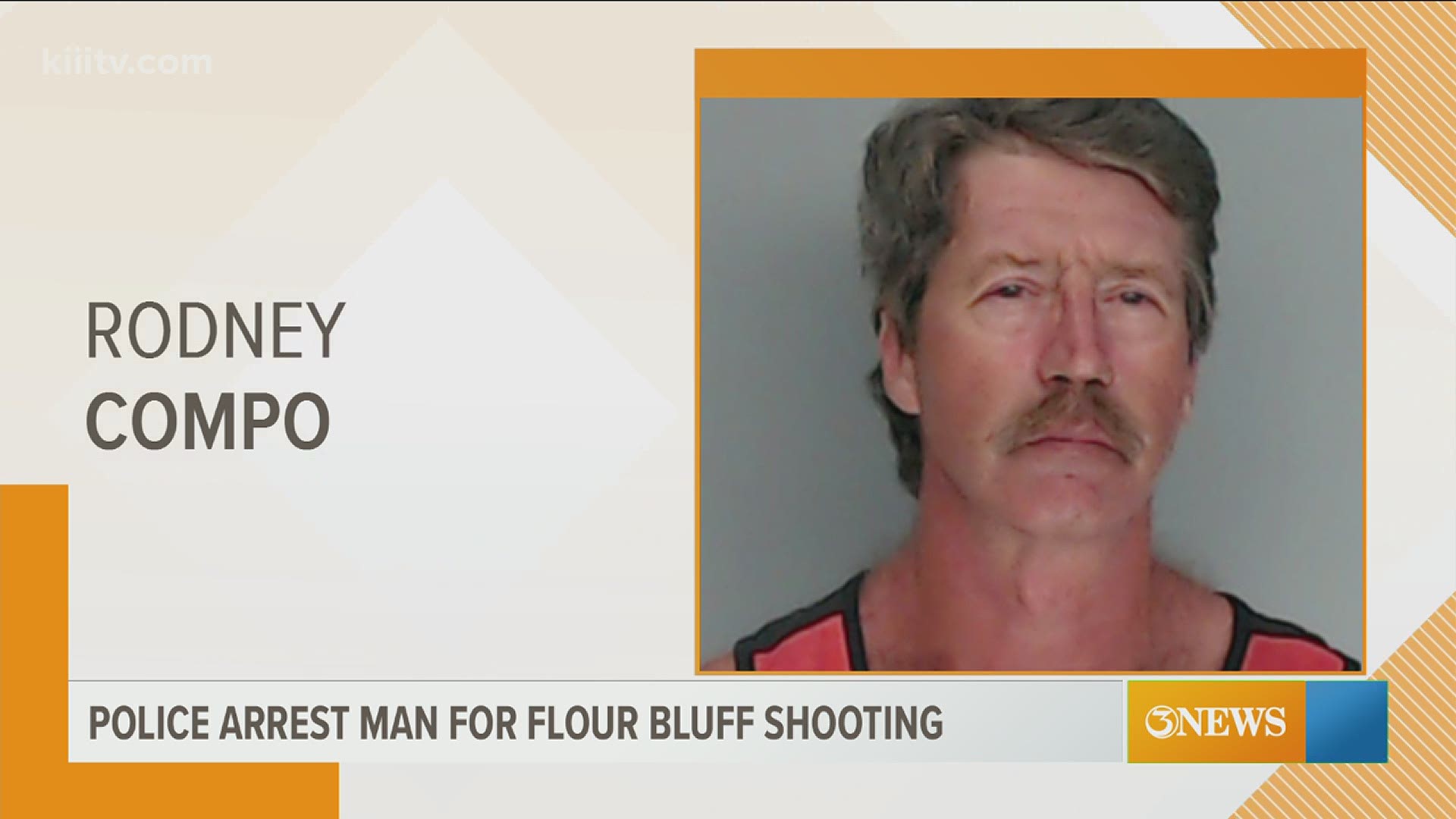 CORPUS CHRISTI, Texas — A man is in jail tonight after shots rang out in a Flour Bluff neighborhood late last night along the 800 block of Weaver Street.

A 54-year old woman was shot and rushed to the hospital just before 10:30 Friday night. She is expected to be okay, according to police.

Police began a search for the suspect and were able to identify 53-year-old Rodney Compo as the suspect. About an hour later, officers spotted him near Flour Bluff Drive.

Police say he tried to get away, but was arrested a few blocks from Don Patricio Road.

He is facing several charges including Aggravated Assault and Evading Arrest.