Guy Hutchison and his wife were inside their home, sitting on the couch and watching TV when the shots rang out. 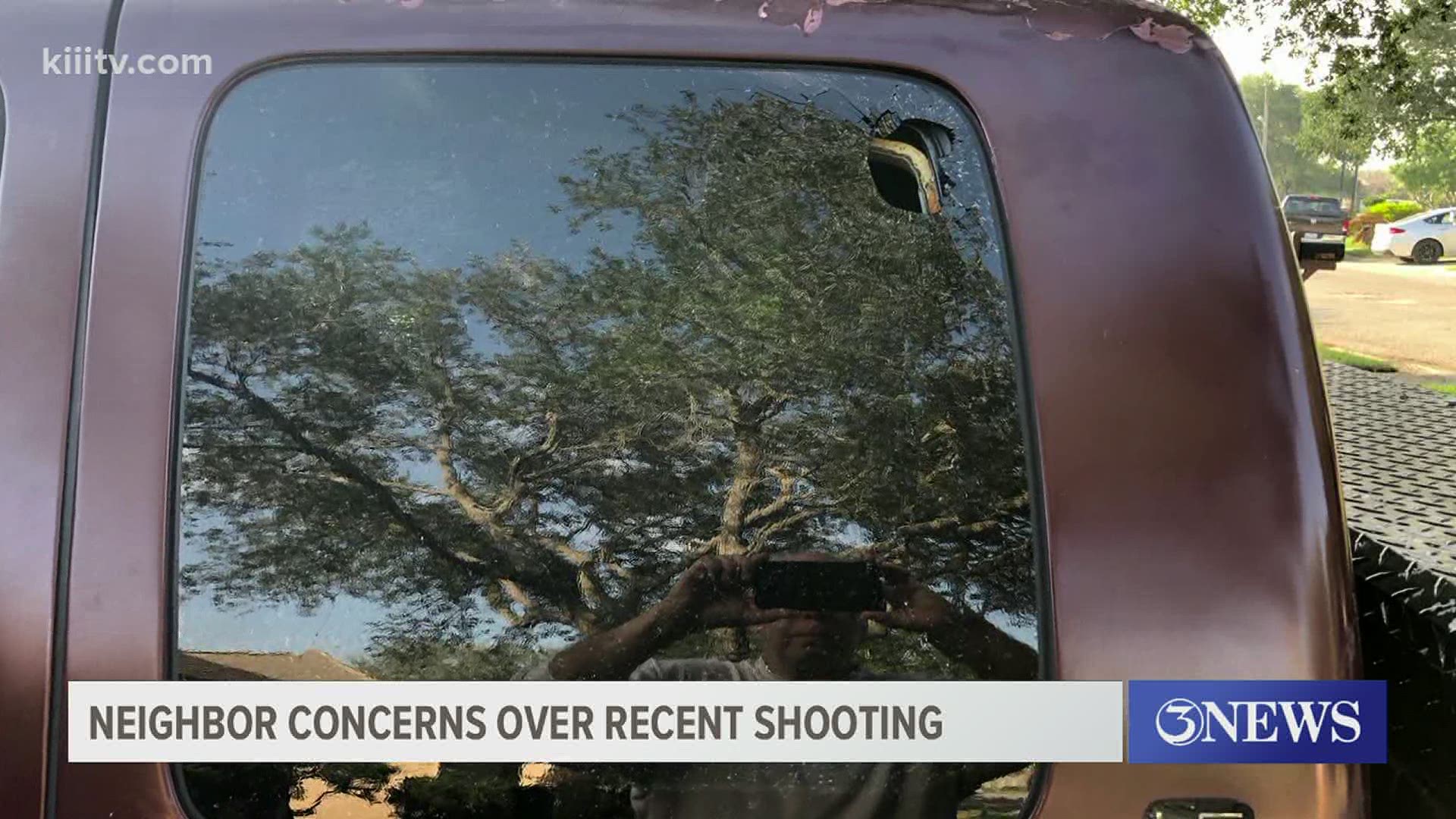 CORPUS CHRISTI, Texas — Residents in one southside neighborhood are sharing their concerns after police opened fire on a man who they say was armed with a weapon and failed to comply with their commands.

At last report, the man who was hit was listed in serious but stable condition.

Folks who live in the area describe what they are calling a significant amount of gunfire that also resulted in damage to some of their homes and property.

The sound of gunfire was captured on a nearby home surveillance camera that left many residents shaken in the area of Shadowbend Drive and Braesvalley Drive.

Guy Hutchison and his wife were inside their home, sitting on the couch and watching TV when the shots rang out.

"The first thing I heard was rapid automatic bullets, and then single shots, about 15-16 rapid fire, and about six individual ones and my wife and i both hit the floor," said Hutchison.

According to police, officers responded to a home in which a family reportedly received serious threats from a man who was said to be heavily armed.

A short time later, based on a vehicle description officers stopped a suspect who they say drove up to the home while they were there.

They say he had a gun and failed to comply with their commands.

Police say they were forced to fire on the suspect.  We're told the person was struck at least once and was taken to the hospital.

Two days later, there are plenty of markers left on the street by crime scene investigators and neighbors here in the area say there were so many shots fired, one of the bullet holes ended up in a house on the next block over.

Neighbors showed 3 News where bullets ended up piercing everything from a rain gutter to the brick facades of nearby homes, and even a window of a parked truck.

Hutchison pointed out the damage to his own home.

"We had one in the trashcan, one on the front garage door, and one on the side about a foot from where my wife and I were in the den," said Hutchison.

Hutchison and other residents say they have been instructed to file a report with the city to seek re-imbursement for the cost of damages.

He said he is thankful no one else was struck.

So far, CCPD has not yet said how many officers fired their weapons or even confirmed the number of shots fired.

They do say the investigation is ongoing.