EDITOR'S NOTE: EDITOR'S NOTE: The story was originally published earlier this year. It is part of our "Year In Review" section as one of our most-viewed stories of the year. If you are viewing this in our app, click this link to see full story.

SANDY SPRINGS, Ga. – His gang called him “King Lop;” the women in his house called him “boss” and he called them his "Diamond Kitties.”

But everything erupted inside the mansion where he lived, when one of his Diamond Kitties, a 20-year-old mother who feared for her life, called 911 alleging that King Lop, aka 33-year-old Kenndric Roberts, was holding her and seven other women captive, forcing them to work as strippers and threatening their lives if they left.

But her life as a Diamond Kitty started a month ago.

The woman, who we are not naming because she is considered a victim in the case that's under investigation by the FBI, was living in Orlando, Fla., when she started searching for her Prince Charming on the dating site, SeekingArrangement.com—a site that catered to “sugar babies” searching for “sugar daddies.”

Roberts, she told authorities, contacted her through the dating site.

At first, she ignored his advances, however, she eventually gave into his messages. He allegedly told her that he had “Diamond Kitties” who worked for him, as well as his company, Live Star Nation, which, he told her manages athletes and models.

According to court documents, in mid-January, she met with Roberts, whom she would later refer to as her “boss,” at his lavish home at 100 Strauss Lane in Sandy Springs, Ga. She said she stayed with him in the sprawling mansion for three days to “feel things out.”

Roberts doted on her, treated her well and she decided she would move in with him to work for him promoting his business.

The young mother, who just turned 20 in December, traveled back to Orlando, grabbed her stuff and her son, and returned to Roberts' million-dollar mansion, where seven other women and two children, who were 2- and 3-years-old, were also living.

At that time, she said, she and the other women living there, signed a contract with Roberts, and were promised a $200,000 signing bonus, as well as another $150,000 once they completed the contract. However, there was no end date stated on the contract.

Once she signed on the dotted line, she said, she was sent to the Dominican Republic and received a breast augmentation, with a price tag of $10,000.

The other women living with Roberts, she said, were sent to work at the Pink Pony, Mardi Gras, Oasis, nearby strip clubs, as dancers. They too were recruited through the dating website, as well as through his company, Live Star Nation's Instagram page and other strip clubs.

While showered with gifts like purses, shoes and lingerie, she said he would take all the money that they made while dancing, immediately following their shift. He allegedly told the girls that even though he was pillaging their wages and tips, he would double their bonus at the end of the contract. However, they were prohibited to keep any of their money earned.

Upon her return from the Dominican Republic, her phone and ID were taken and she was given a “company phone.” Her assignment was to start working at Flashers, another strip club located in Sandy Springs.

She and the other women, she recounted, were not allowed to speak to any black men at the clubs, and that Roberts had people staked out, watching them at the clubs while they worked. She said that she was also prohibited from talking to any of her friends from before her time at the mansion.

And threats were made often, she said.

With an AK47 on him at all times, Roberts, she said, told her that he was going to pay someone to slice open her chest, remove her implants and then chop her up. Among the many threats to her, she said, he also threatened to hurt the other women's families.

He kept cameras rolling in the house to keep a close eye on everything that happened.

All of the women in the house were having sex with Roberts, she said. And while she didn't feel forced to have sex, she didn't believe that saying, “no” to him was an option.

Alleged victim's mother: He said, 'I will find you and kill you' like you

To show solidarity, she and the other women in his home received matching tattoos on their wrists—also pledging allegiance and homage to the gang that Roberts is affiliated with, the Gangster Disciple.

She had another tattoo on her other wrist with the letters, “SOS,” referring to the gang affiliation again and the abbreviation for “Sisters of Struggle.” Below the letters were the numbers, “19 15 19.” While she said, they were not forced to get the tattoos, they had to have the tattoos to live in the mansion.

It all came to an end with this Diamond Kitty called the police, scared and frantic for help.

"I'm in a very bad situation and I need to get out," she told the 911 dispatcher early Tuesday morning.

Dispatcher: Well, why does he threaten to kill you if you leave?

Caller: When I came here, it was like a situation where you come and you work and you have girls dance. And the girls make money from dancing, and then…

Dispatcher: OK, so you and the girls dance for money at this house?

Caller: Yeah, I haven't started yet. I just got here. I've been here for about a month, and he had me go get, like, plastic surgery…

Caller: The only thing I'm the only one who wants to leave. Everyone else wants to be here. So everyone else is fine. Like he doesn't threaten them. He mostly just threatens them…(unintelligible) but because I had to have surgery to be here or something, and he threatens me the most.

Dispatcher: What does he threaten the other females with?

Caller: Oh just little stuff, like, “Well you don't take care of your kid right” and this and that. And they do. They really do… He'll threaten them with little things or he'll threaten to send them home.

Caller: No. The other thing is he doesn't do anything illegal. Like nothing he does is illegal. It's just the fact that I'm scared to leave.

Dispatcher: And the fact that he said he would kill you if you left.

Caller: Yeah, but I have no proof of that, that's why I never said anything.

Dispatcher: And when did he say that?

Caller: I don't know. Many times.

Dispatcher: OK, does he know that holding someone against their will is against the law?

“You can leave whenever you want, and then he'll threaten you right after.” You'll be like, “I want do to this, this and that,” and he's like, “You're free to leave. You can leave.”

But this time, she did.

When police arrived at the home they found eight women, ranging from 19 to 23 years old, being held against their will. With the assistance of the FBI, Roberts was arrested Tuesday. 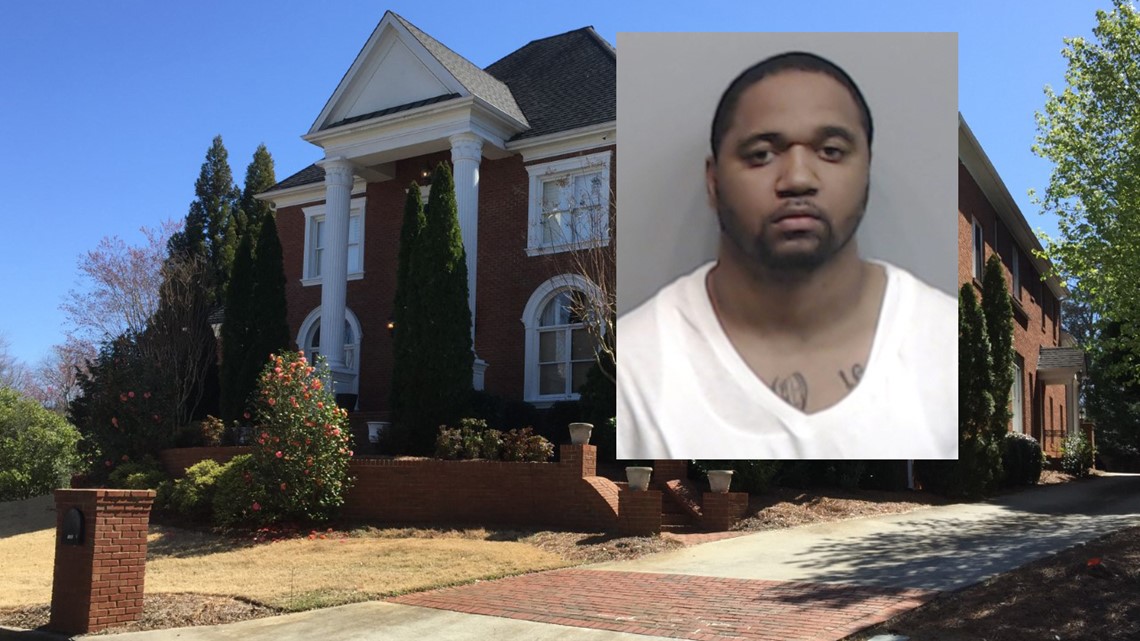 Sandy Springs Police Department charged Roberts with six counts of false imprisonment, six counts of trafficking person for labor or servitude and two counts of possession of a firearm in the commission of a felony.

An AK47 pistol and a Glock .45 cal. handgun were recovered during the investigation. And a total of eight adult females were assisted with leaving the residence.

After the initial 911 call, five additional victims came forward, bringing the total number of alleged victims, named in the case, to six.

"We believe that he'd been making promises to some of these ladies for modeling careers, financial assistance," Sandy Springs Police Sgt. Sam Worsham said.

Roberts is being held at the Fulton County Jail and waived his first appearance hearings on both Thursday for original charges and Friday for new charges.

There was no bond and he is being represented by the Public Defender's Office. His next court date is scheduled for March 24.

The FBI believes that there may be more victims.

As the investigation continues, any other victims or persons with additional information can contact the Sandy Springs Police Department or the FBI at (404) 679-9000.