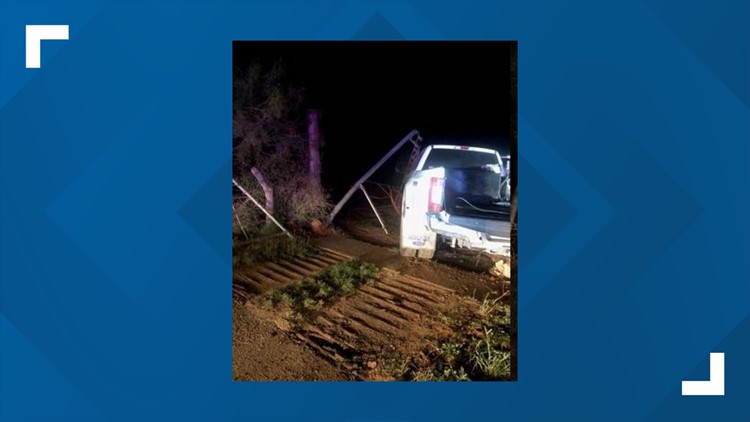 On November 28, at approximately 8:00 p.m., Border Patrol agents working their assigned duties in Hebbronville, Texas, received notification of a bailout on Highway 16.

Agents responded to the area and encountered a white truck that had crashed into a ranch gate causing extensive damage.

Agents, with the assistance of a CBP Air and Marine helicopter, searched the area and apprehended a group of individuals that had attempted to flee the scene.

Agents advised local law enforcement partners of the situation and notified the property owner of the damage to the property.

A total of nine subjects were arrested and taken into custody, pending investigation. Immigration record checks revealed the subjects were illegally present in the United States and were from the countries of Guatemala, Honduras, Salvador, Nicaragua, and Guatemala.

The driver of the vehicle was not apprehended.

The recent end of catch and release, a practice that once released illegal aliens into the community while they waited for a hearing, is causing individuals to attempt to evade apprehension, at any cost.

The Border Patrol’s dedicated workforce will continue to answer the call each and every day, ready to respond to the national security and humanitarian crisis on our southwest border.

To report suspicious activity such as alien and/or drug smuggling, download the “USBP Laredo Sector” App or contact the Laredo Sector Border Patrol toll-free at 1-800-343-1994.