2 counts of Aggravated Assault on a Peace Officer were added to Tackett's charges Friday. 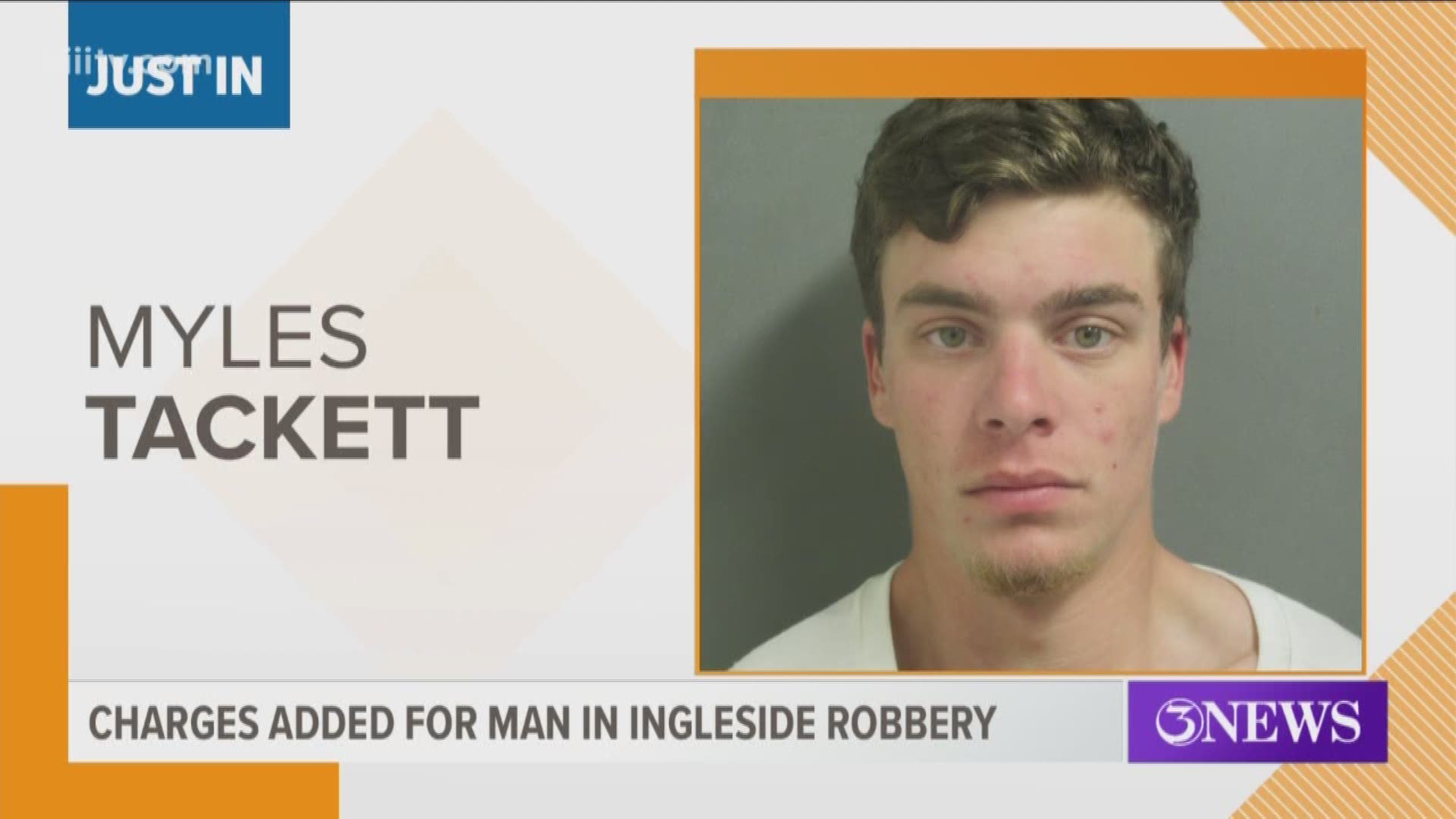 INGLESIDE ON THE BAY, Texas — According to San Patricio County Sheriff's Office, the suspect in the Ingleside on the Bay officer-involved shooting has been identified as 22 year old, Myles Tackett, of Rockport, Texas.

The Ingleside Police Department were called to assist the San Patricio County Sheriff's Office as one of their deputies, was on foot attempting to locate a vehicle burglary suspect, just before 12:30 a.m. Wednesday.

Ingleside police said when they located the deputy they heard him instructing Tackett to show his hands and get on the ground. When officers noticed that Tackett produced a weapon, they opened fire and struck the suspect.

Officers rendered first aid on Tackett until EMS arrived and transported him to an area hospital in an unknown condition.

Tackett remains in custody at the hospital and is currently recovering from his injuries. He is currently being charged with Burglary of a Vehicle and two counts of Aggravated Assault of a Peace Officer.

The Texas Rangers are continuing their investigation in the officer-involved shooting that happened in the community of Ingleside on the Bay in San Patricio County.