The family of the Fort Hood soldier from Houston said they believe they've been lied to from the beginning and the Army tried to covered up the case. 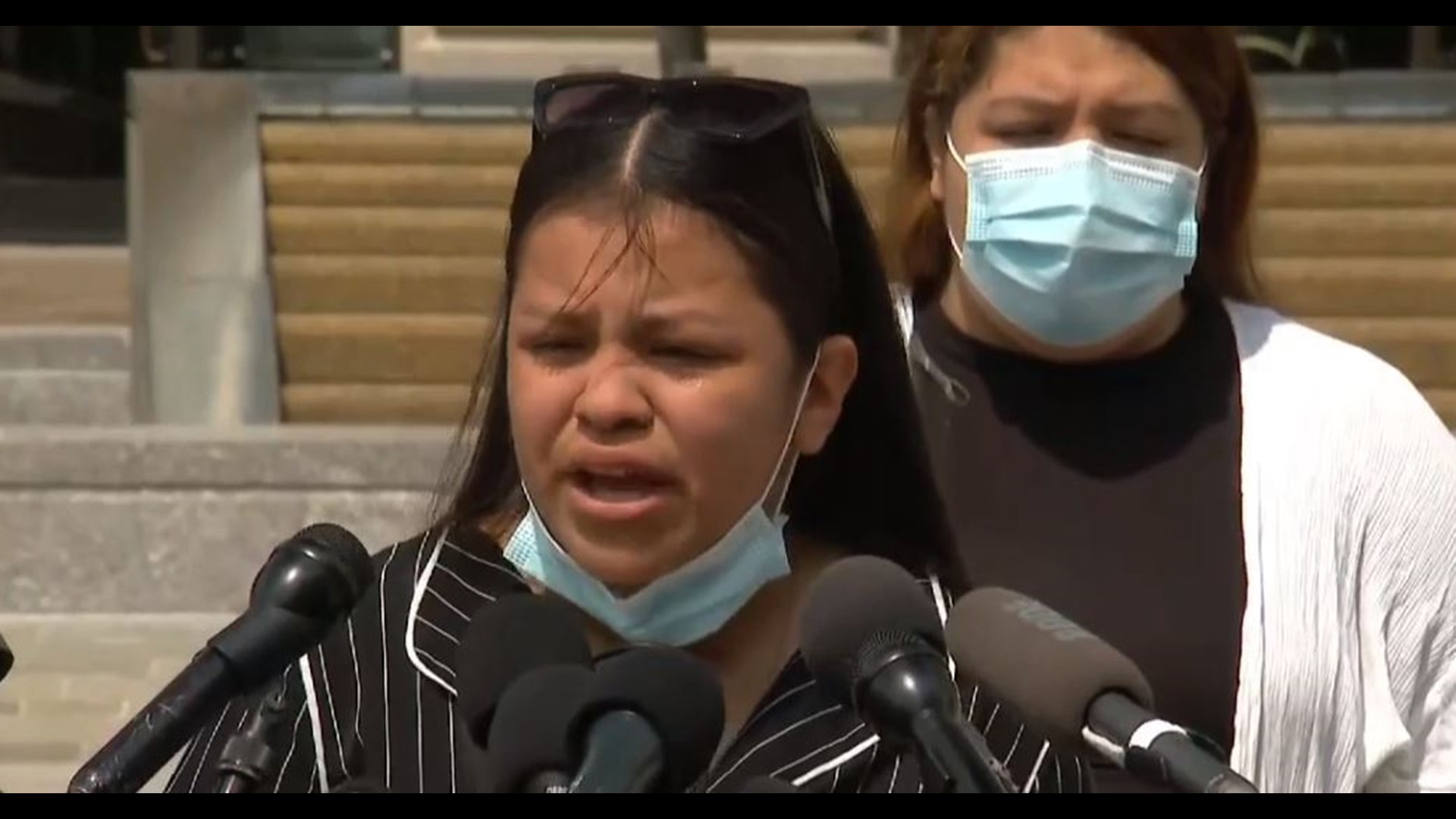 KILLEEN, Texas — More than 10 weeks after Vanessa Guillen vanished from Fort Hood, her family got the news they'd been dreading. Human remains were found in a shallow grave about 30 miles from the Killeen army base and the search for Vanessa was called off.

A suspect in the case killed himself Wednesday morning when police were moving in to arrest him. The family's attorney later confirmed he's the same man who Vanessa said had been sexually harassing her.

The family of the Fort Hood soldier from Houston said from the beginning they believed there was a cover-up in her disappearance.

Timeline in the case

April 22: Vanessa Guillen was last seen in the parking lot of her regimental engineer squadron headquarters on Fort Hood. Guillen’s family said she was supposed to be off that day but was called in to work. Her car keys, room key, identification card and wallet were found in the armory room where she was working earlier in the day.

April 27: The Army’s Criminal Investigation Command offered a reward up to $15,000 for information in Vanessa’s disappearance.

RELATED: ‘They're not here to help us find Vanessa’: Family of missing Fort Hood soldier says Army is 'covering up'

May 1: Family members held a rally in Killeen demanding answers in Vanessa’s disappearance. They said Vanessa told them she’d been sexually harassed by a superior but was afraid to report it.  Family attorney Natalie Khawam said the man walked in on her in the shower and sat down to watch.

May 4: Vanessa’s family started a gofundme.com account to hire a private investigator because they believed there was an Army cover-up in her case.

May 21: The Army CID gave an update on the case saying the Texas Rangers, Bell and Coryell County Sheriff Departments, the Texas Department of Public Safety, Texas Game Wardens, the FBI and local police departments were helping with the search. They say 500 soldiers from the base had also been searching for Vanessa.

May 22: Dozens of people joined Vanessa’s family in a peaceful protest outside Fort Hood.

May 23: Fort Hood officials met with Vanessa’s sister. She later said the sergeant later identified as a suspect in Vanessa’s disappearance was one of the officials in the meeting and he “laughed in her face.”

May 30: Family members and friends split up in groups to search a wide area near Fort Hood for clues in the case.

June 10: The Guillen family held a news conference in Houston asking for a federal investigation. 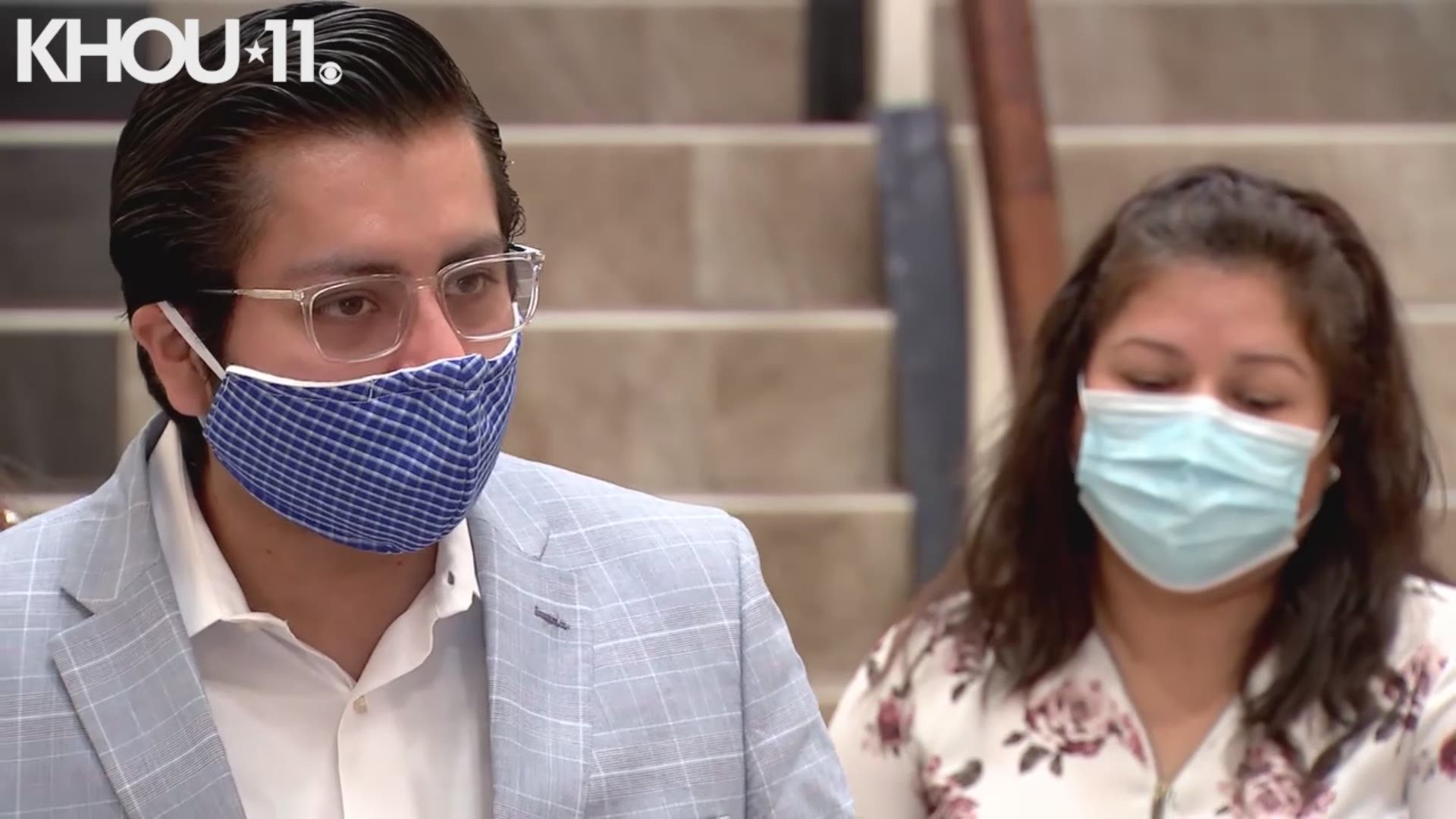 June 11: The case captured national attention after actress Selma Hayek posted Vanessa’s picture on her Instagram page with the caption "Bring us Back Vanessa."

June 12: The League of United Latin American Citizens (LULAC) joined the family and friends of Vanessa Guillen for a peaceful demonstration.

June 16: Congresswoman Sylvia Garcia said her office requested a congressional inquiry with the Department of Defense. She said they have also reached out to the Congressional Hispanic Caucus to amplify the story and assist. The reward was raised to $50,000.

June 22: K-9 and dive teams joined the Army and Texas Rangers in searching an area near the Leon River after receiving a tip. They didn’t find anything. Texas Equusearch founder Tim Miller later said it was the fifth time they had searched the area. It’s the same place where human remains were found on June 30.

June 23: In a gut-wrenching news conference, Vanessa’s mother Gloria pleaded for information in the case. his girl is my life. She's my everything," Gloria said. "I want my little girl back. For the love of God, help me."

June 24: The search for missing Houston soldier Vanessa Guillen has been magnified by the family’s relentless push for answers since she went missing on April 22 from her post at Fort Hood. They’re also raising awareness online and on social media with the hashtag: #FindVanessaGuillen.

June 30: The search for Vanessa was called off after remains were found in a shallow grave near the Leon River in Little River Academy. It’s a small town about 30 miles from Fort Hood.

June 30: Vanessa’s family was in Washington D.C. when they learned about the remains. They drove all the way there to meet with members of Congress about the case.

July 1: The suspect in the case killed himself as officers moved in to arrest him. Family attorney Natalie Khawam said the dead sergeant was the same man who was sexually harassing Vanessa. Police said a woman was also taken into custody in connection with the case but didn't say why.

July 2: Fort Hood authorities identified the two suspects in Guillen's disappearance and also revealed that the woman in custody gave them a detailed confession of the grisly crime.

Authorities identified one suspect as 20-year-old Spc. Aaron David Robinson. They said Robinson killed himself as officers moved in to arrest him late Tuesday night.

The other suspect is Cecily Aguilar. She's been charged with one count of conspiracy to tamper with evidence, according to the U.S. Attorney's Office Western District of Texas.

According to a confession, Robinson beat Guillen to death with a hammer, put her in a storage case, went home, and came back to base that night to move the body. Aguilar said he took her body to a bridge near the Leon River, where Robinson and Aguilar cut her body up, set it on fire and buried it in three separate places.

When the body didn't burn completely, the couple put the remains in three separate holes and covered them.

July 5: Guillen's family said the remains found near the Leon River are those of the missing soldier.

July 6: Fort Hood officials announced that the remains found near the Leon River are those of Guillen.

Also during the news conference, Army officials said the investigation into sexual harassment claims was not over.