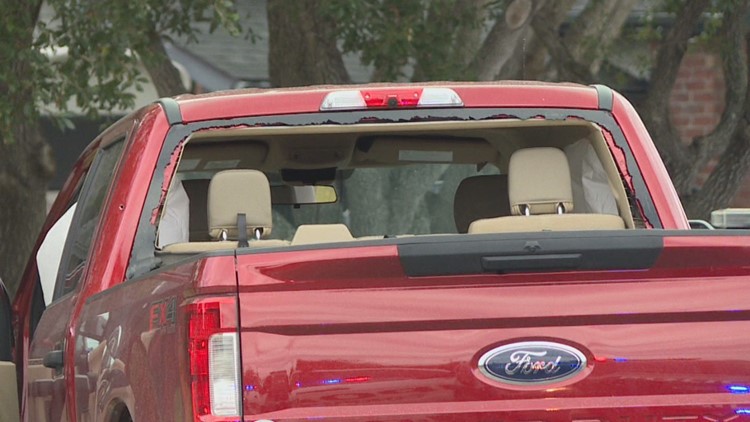 CORPUS CHRISTI, Texas — A Corpus Christi man woke up to a strange situation on Sunday morning. The victim, who wished to remain anonymous, said he had unloaded luggage out of the truck then went inside to take a nap.

The brand new truck was stolen from his house off of Dunbarton Oak Drive near Cimmaron Boulevard but, he didn't know it was even gone until he got a call.

A CCPD officer asked the victim for details on the truck so, he went outside to take a look at his vehicle.

"So I walk from that side of the house to the living room door, and the truck wasn't there," he said.

The victim then learned his truck was stolen by four teenagers, driven to Padre Island for an attempted robbery then, and they lead officials on a chase. It ultimately came to an end on Timbergate Drive near Snowgoose Road.

For now, the victim will have to rely on his feet to get around because, he said, his truck is locked up in police possession while they continue their investigation. Unfortunately, the truck is not in its original condition.

"Now I don't know if I'm gonna have a vehicle anymore if the insurance's gonna pay it off? my investment in it is gone," he said.

The four teens were arrested and face charges for robbery and evading arrest.