19-year-old Carlos Daniel Andrade was arrested and charged with sexual assault of a child. 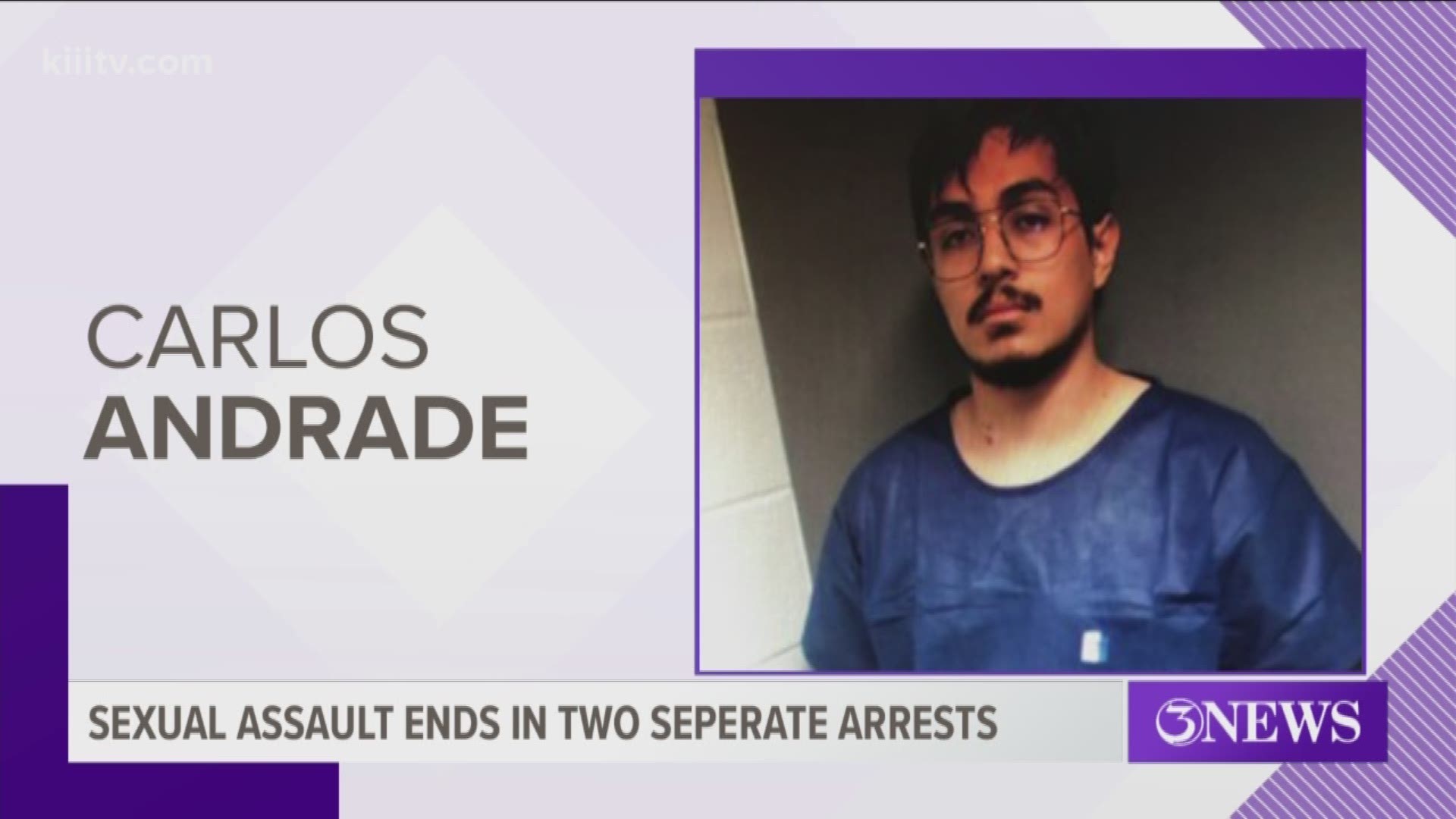 PORTLAND, Texas — Two men were arrested Monday after an alleged sexual assault led to an altercation that involved shots being fired outside a Portland, Texas, residence.

According to the Portland Police Department, a 19-year-old man was charged with sexual assault of a young girl. That girl's brother was also arrested for retaliating with a firearm.

Police said 19-year-old Carlos Daniel Andrade was staying at a friend's house Sunday night and the following morning, the friend's sister said that Andrade had sexually assaulted her overnight. The friend grabbed a rifle and chased Andrade to his truck, firing shots at Andrade.

According to police, Andrade was wounded by shrapnel from bullets hitting his vehicle so he took himself to a nearby emergency room. He told doctors that he had been shot at, so police investigated and learned about the reported sexual assault that had occurred overnight.

Andrade was arrested and charged with sexual assault of a child. His bond was set at $30,000 and he has since bonded out, according to authorities.

The sexual assault victim's brother who retaliated with a firearm was also arrested and charged with aggravated assault with a deadly weapon.