Deputies arrested the two men during a traffic stop. 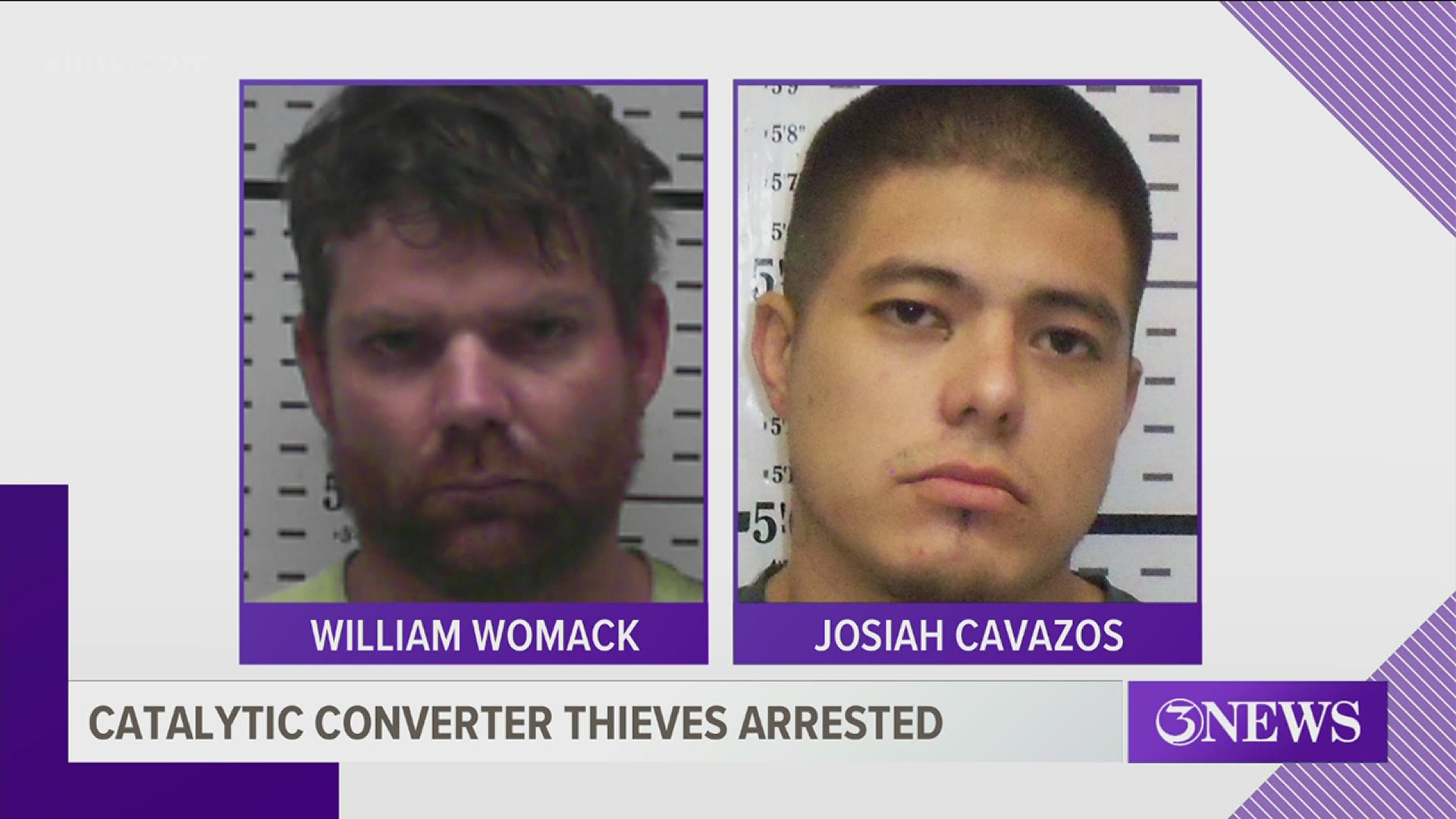 Deputies were called to the scene after two men were seen on surveillance footage on someone else's property. Investigators said they saw a maroon car drive off.

Deputies stopped the car and searched it, finding the converters in the back seat. The parts belonged to two work trucks on the property. Deputies also found stolen tools.

The driver, William Womack and the passenger Josiah Cavazos were taken to the Jim Wells County Jail.

Both are being charged with 'heft of property and criminal mischief.