Police are asking the public to keep an eye out for a silver Toyota Camry with license plate LWH-3931. 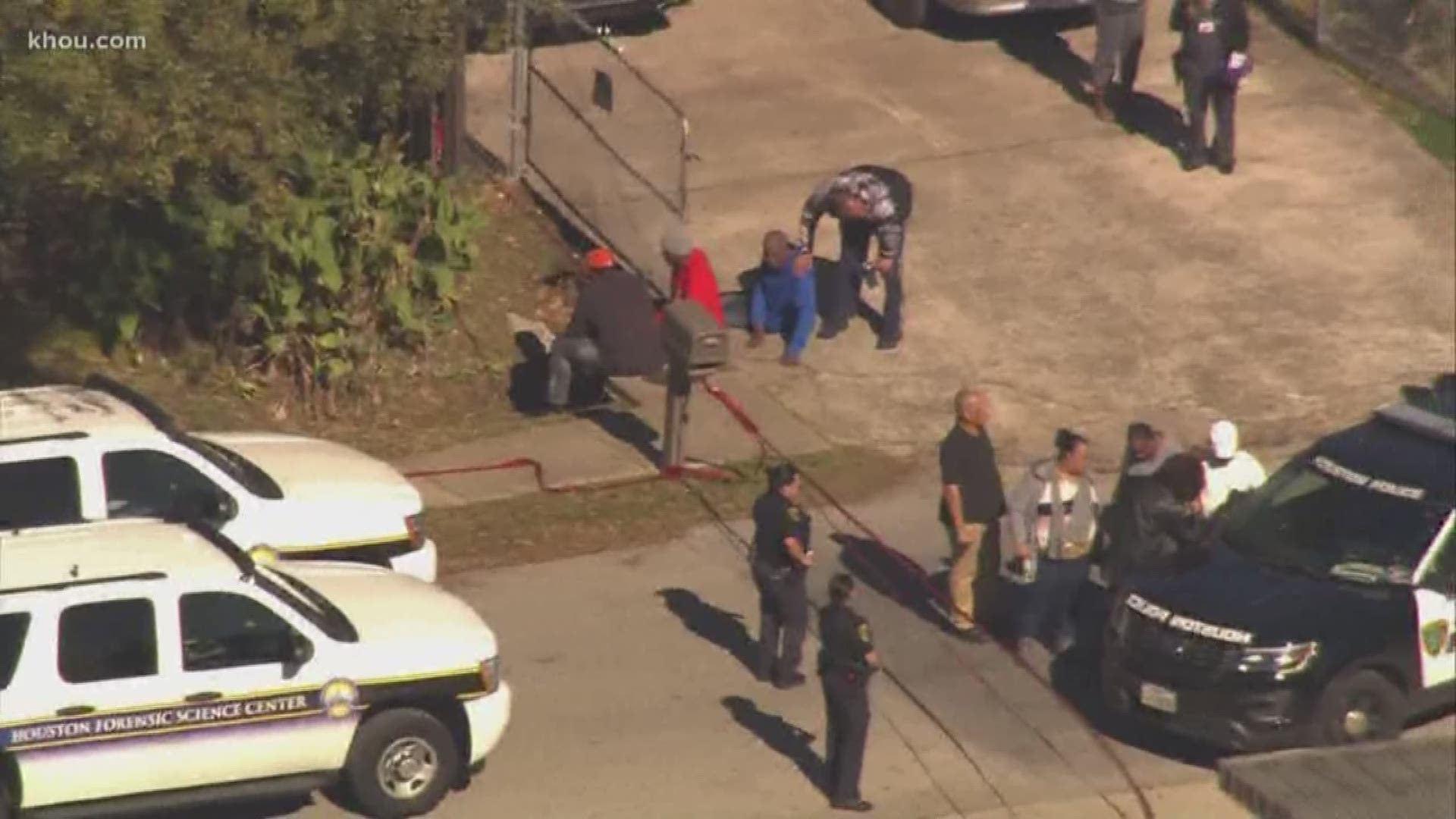 HOUSTON — Family and friends gathered at a northeast Houston home Monday where two women were found stabbed to death.

Houston police say a fiancé of one of the victims left for work at 7:30 p.m. Sunday and then returned to find both victims dead.

Police say there was no sign of forced entry to the home and they do not have a motive at this time.

Both victims were in their 40s to early 50s. One of them lived in the home and the other lived nearby. The names of the victims haven't been released.

No arrests have been made in the case, but on Tuesday police said they were searching for a person of interest.

"Further investigation determined a male relative may have been with the women at the time of the stabbing," police stated. "The person of interest has not been located at this time and is believed to be driving a silver 2017 Toyota Camry with Texas license plates LWH-3931."

The crime has neighbors on edge.

"I’m gonna have my gun. A lot of elderly people live in this neighborhood and we look out for each other," Jessie Parks said. "I’ve been living here since 1975 and I’ve never seen anything like this."