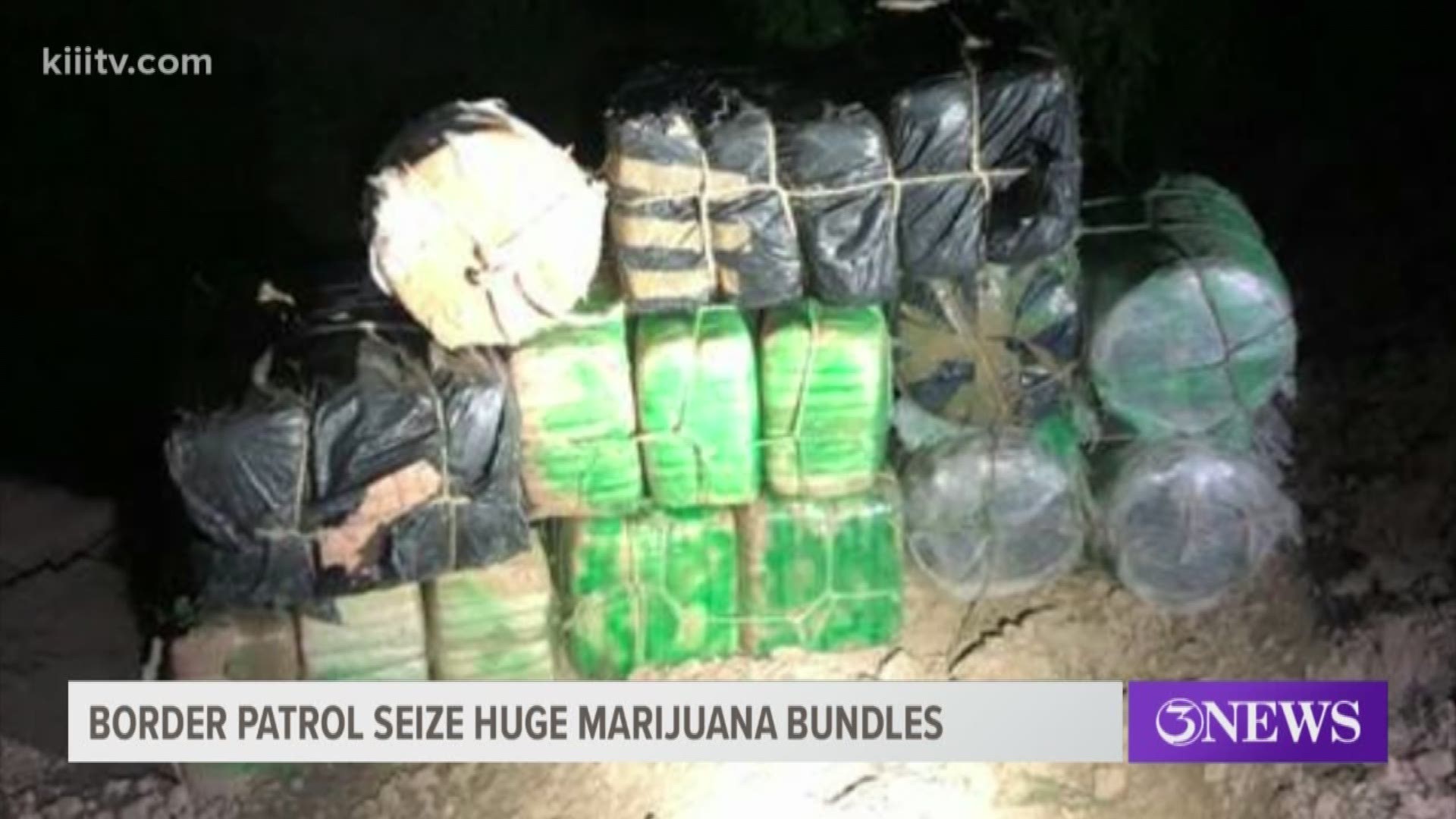 MCALLEN, Texas — In the last couple days, U.S. Border Patrol agents in the Rio Grande Valley have stopped four separate smuggling attempts and seized more than 1,100 pounds of marijuana with an estimated value of $1 million.

Three smuggling attempts were thwarted Wednesday by agents from the Rio Grande City, Fort Brown and McAllen stations. In all they seized 13 bundles of marijuana weighing 686 pounds.

Then, early Thursday morning agents at the Rio Grande City station discovered several people carrying bundles of suspected narcotics from the Rio Grande and loading them onto a vehicle. Agents intercepted the smugglers and seized another 450 pounds of marijuana.

The public is encouraged to take a stand against crime in their communities and report suspicious activity at 800-863-9382.