According to the San Patricio County Sheriff's Office, it was around 5:20 a.m. Monday when a pickup was stolen from a Stripes convenience store in Beeville. 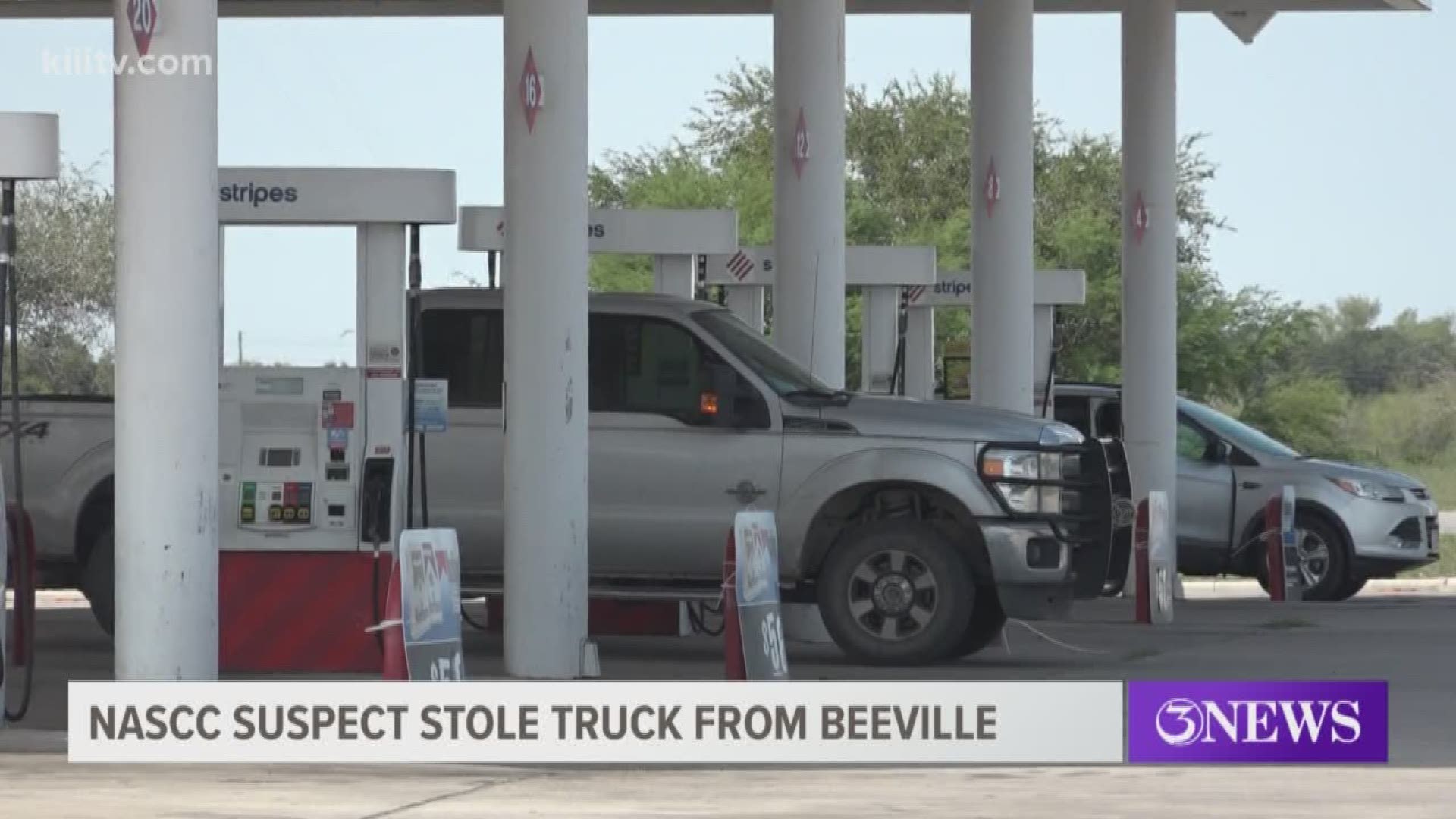 CORPUS CHRISTI, Texas — Authorities have confirmed that the driver who prompted a lockdown at Naval Air Station-Corpus Christi Monday morning had been pursued by police after stealing a truck from a Beeville, Texas, convenience store and leading officers on a chase.

Authorities said the chase reached speeds up to 103 miles per hour. Once the driver of the stolen truck reached the Harbor Bridge, San Patricio County authorities reached out to the Corpus Christi Police Department.

The stolen truck, which reportedly contained a two guns and a .9mm clip, eventually turned up at the north gate of Naval Air Station-Corpus Christi. The driver crashed through a barrier and got out on foot, prompting a lockdown at the base and nearby Texas A&M University-Corpus Christi.

By around 8 a.m. Monday the suspect was reportedly taken into custody. A full sweep was done at NAS-CC and the lockdown was lifted by around 8:30 a.m.

Authorities said the south gate of NAS-CC has been reopened, but the north gate will remain closed until further notice.

The Bureau of Alcohol, Tobacco, Firearms and Explosives identified the driver as 47-year-old Brian Robinson. Robinson is currently facing charges of possession of a stolen firearm. His case is still being investigated by the ATF, NCIS and Beeville Police Department. He is currently being held in a federal holding facility in Corpus Christi.