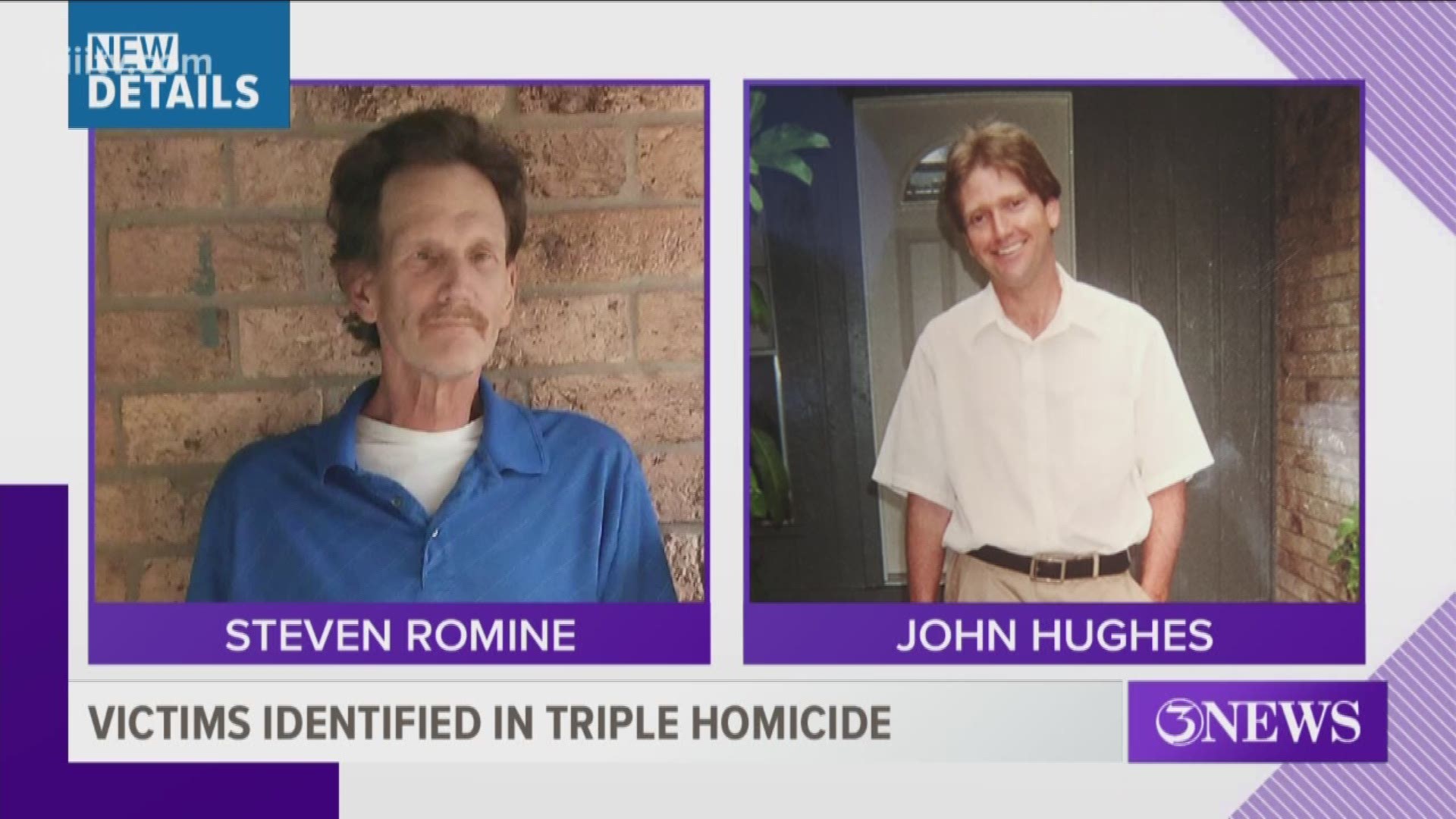 CORPUS CHRISTI, Texas — The victims in last week's triple homicide in Flour Bluff have been identified by the Nueces County Medical Examiner's Office.

It was just after 9 p.m. Friday, Dec. 13, when police were called to the 500 block of Claride Drive, near Naval Air Station-Corpus Christi, where they found the bodies of three individuals with apparent gunshot wounds.

A day after the shooting, police were able to track down two suspects, 29-year-old Benjamin Lebleu and 27-year-old Miles Dingman. 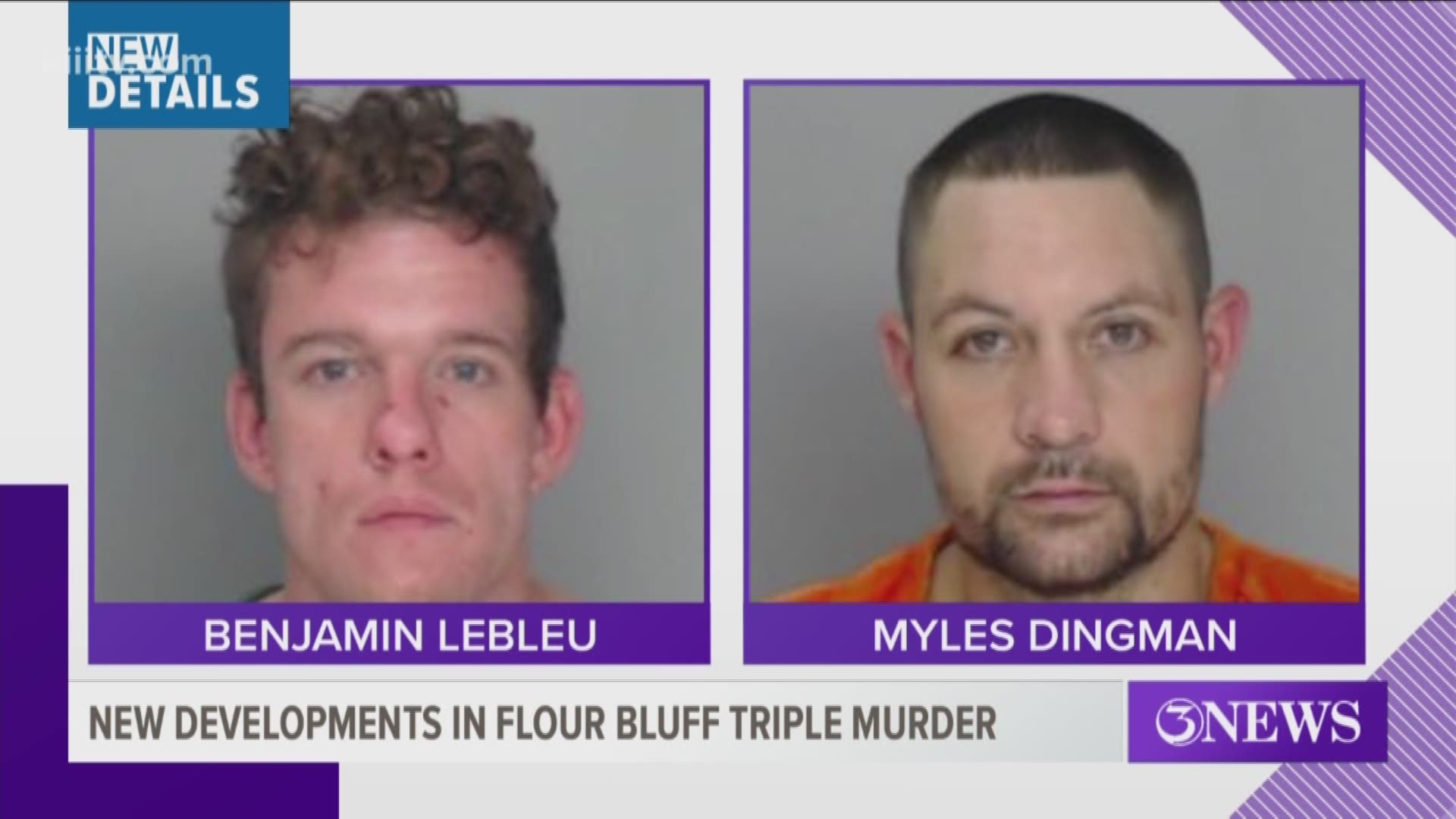 Both are being held on suspicion of capital murder and tampering with evidence.