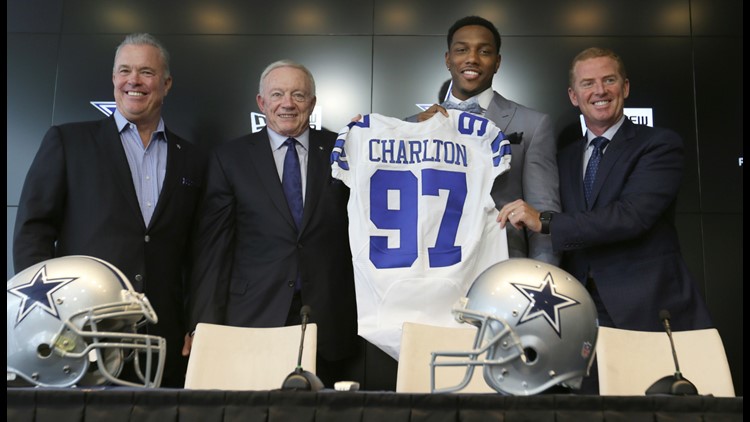 The Cowboys' move allows DE Robert Quinn to be placed on the active roster from reserve/exempt.

The former Michigan standout and third-year DE was released just days after his "free me" rant on social media.

So far in his NFL career, Charlton has racked up 46 tackles, four sacks, one forced fumble and one fumble recovery.

According to Heavy.com, Dallas will have to eat approximately $3.19 million in dead money from his four-year rookie contract.