In spite of an extra week of early voting, Texans wasted no time getting to the polls

During the first week of early voting, nearly a quarter of those registered in Texas voted 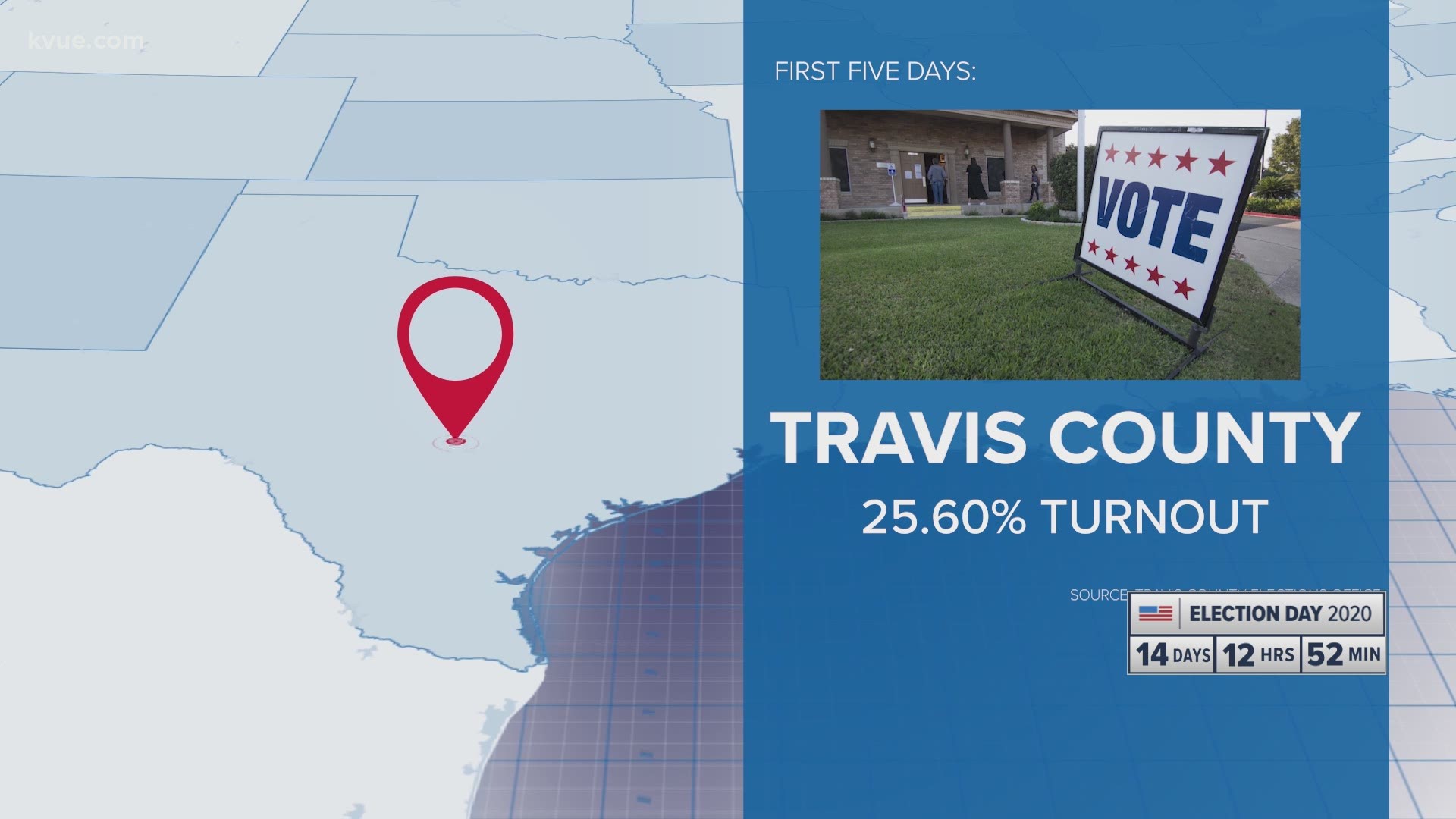 AUSTIN, Texas — Voter turnout in Texas is already on pace with the 2016 General Election, but this year voters will have extra time to vote early.

More than 20% of registered voters already cast their ballot in each of the 10 largest Texas counties.

In Harris County, nearly a quarter of eligible voters already locked in their votes. It’s more than a half-million people.

Travis County reached more than 25% in the first five days of early voting, in part to first-time voters.

Dallas County was at nearly 23% in the first five days.

In some of the smaller counties, Jefferson County has nearly half the voters as the entire 2016 General Election votes.

The Texas Secretary of State shows 46% of Texas voters showed up in 2016. Sunday night, the totals reached 24% so far for this election.