Where he found the 'good' virus may surprise you 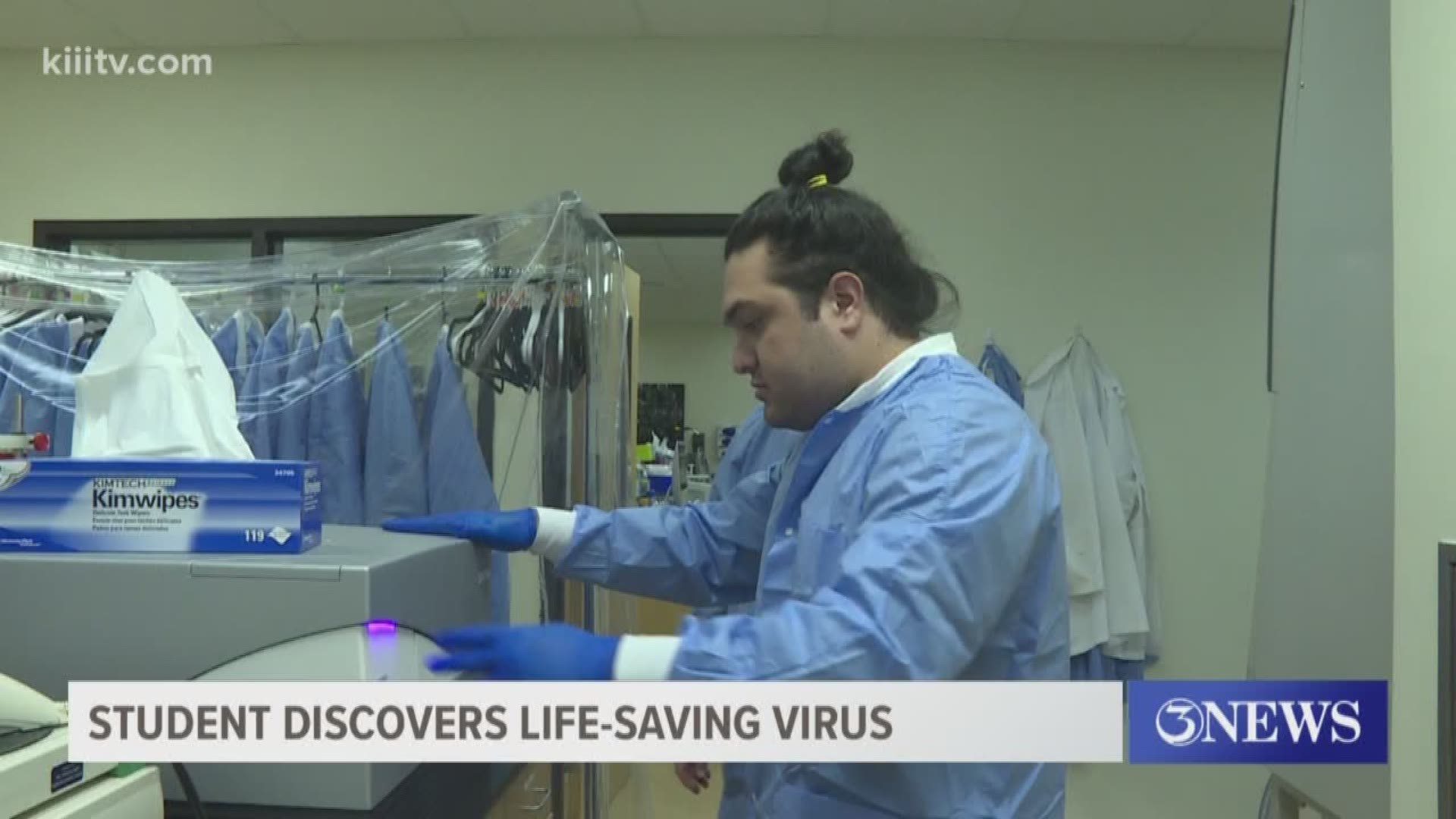 CORPUS CHRISTI, Texas — The words 'good' and 'virus' typically wouldn't be found in the same sentence, but Danial Nsar Azadani, a biotechnology student at Del Mar College, is rewriting the rules.

Nsar Azadani, originally from Canada, moved to Corpus Christi three years ago to take some college courses. He said, after taking one biology class at Del Mar College, he was hooked.

"You see something interesting and you just get motivated, you just get excited, you don't see it as work or school, it's just a cool hobby," Nsar Azadani described his passion.

After diving deeper into the world of biotechnology, Nsar Azadani started to research antibiotic-resistant bacterium called Enterococcus faecalis which causes infections such as E. Coli or Vibrio. After hours of going through journals and prior research, Nsar Azadani decided he would take on the viral research as a project.

Nsar Azadani started by collecting samples from a Corpus Christi sewage treatment plant. While it wasn't glamorous, it was a great start to his research. After 33 tries, Nsar Azadani was finally able to isolate the virus he was looking for.

Yes, a virus has proven results to actually do good. Nsar Azadani said what's even more surprising is that the virus can be found in the human gut but, if injected into anywhere else in the body, it could be fatal. Yet, when the virus is introduced to the harmful Enterococcus faecalis, an infectious bacterium, the virus kills it.

Nsar Azadani said it has real world purpose, especially in Corpus Christi, in the case of Vibrio in Gulf waters.

"People in our backyard going to the Gulf of Mexico swimming and there's a gentleman who just lost his arm or leg, because- due to bacterial resistant infection," he said.

Nsar Azadani said if it weren't for his Del Mar professors like Rob Hatherill, PhD, he may not have found the virus, let alone stayed in Texas.

"It's cool because you have this vision, you wanna do something and you have these professors, you have these mentors that are 100% behind you, supporting you," Nsar Azadani said.

Professor Hatherill said it's students like Danial who remind him why he started teaching in the first place.

"It's very rewarding to see that in students, I mean it's just incredible," he said.

Recently, Danial took his research to the 2nd World Congress on Undergraduate Research in Germany. While there, Nsar Azadani met with over 200 of the world's smartest scientists who are also conducting ground-breaking research. Nsar Azadani was the only one from a small, two-year college like Del Mar.

"It just makes you realize how unique is your work," he said.

"Just makes your life as a professor so much more rewarding and you really feel like you're accomplishing something," Hatherill added.

So, what's next for Nsar Azadani? His research is about to be published in a journal. In the mean time, he's looking forward to explore how his virus could be implemented in medicine.

"Maybe explore options, maybe relax a little bit, and jump right into it," he laughed.