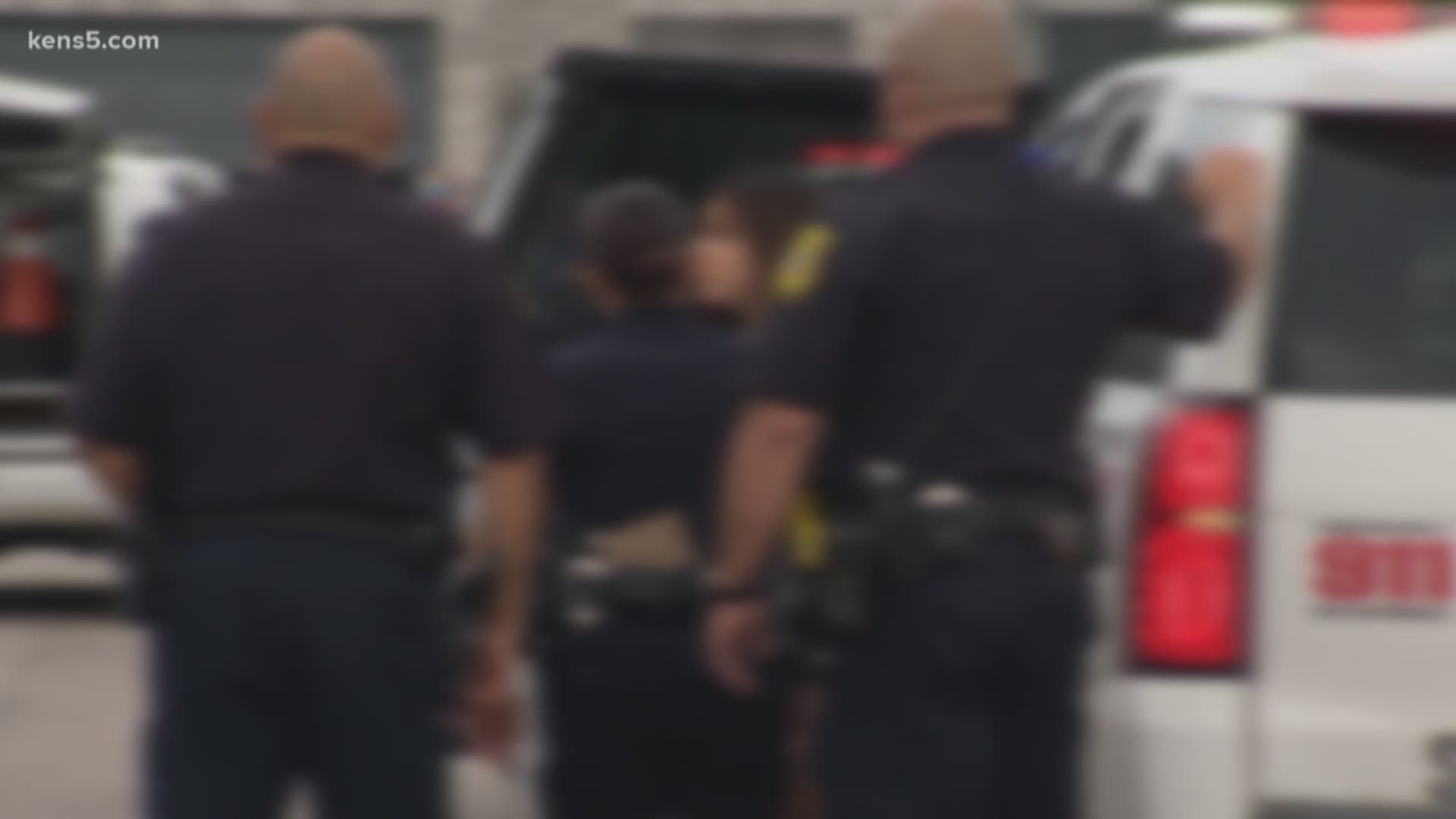 SAN ANTONIO — Bexar County Sheriff Javier Salazar said one of his deputies was injured when two teen runaways hit his patrol car on Wednesday. It happened around 11:00 a.m. in the 8200 Block of Tavern Point, near Shaenfield and Loop 1604.

Salazar said the deputy was responding to a suspicious vehicle call. When he cornered the teens, the 15-year-old boy who was driving sped towards him and struck his car head-on.

"These kids don't realize the danger that they put themselves and everybody else in just by driving around acting stupid, for lack of a better term," Salazar said.

The deputy then got out and drew his weapon. Salazar said a young neighbor saw the deputy needed help. He ran out of his home with a handgun and helped hold the two teens at gunpoint until more deputies arrived.

"He's just a Good Samaritan," Salazar said. "We applaud his efforts for sure."

Deputies arrested the 15-year-old boy and a 14-year-old girl, neither of which were named. Salazar said the teens had pills and marijuana in the car.

Salazar said the teens are facing a slew of drug and theft charges. The boy, who had an active warrant, is also being charged with aggravated assault on a police officer.

The deputy is expected to be okay. He was taken to the hospital for chest and arm pain.