Stand owner, Maria Watson, said she’s not sure what she and her family are going to do now when their business shuts down in just a few days. 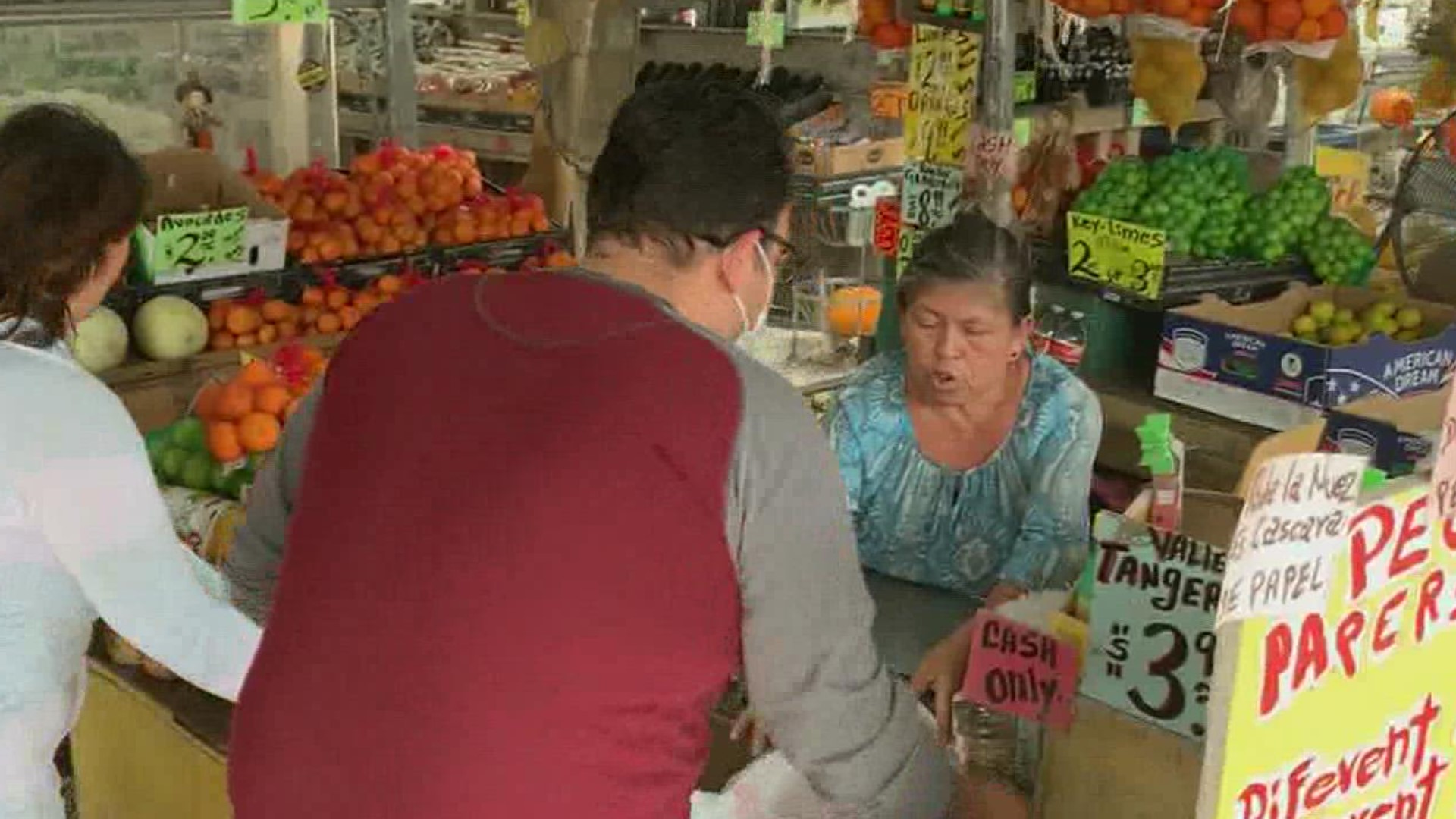 DRISCOLL, Texas — Some say the bypass around Driscoll is a sign of progress, but others ask at what cost? That question is being asked by one business owner there and her longtime customers.

For 25 years, the fruit stand has been a favorite stopping point for those wanting to drop and by and pick up a bag of pecans or various produce.

Stand owner, Maria Watson, said that after running this fruit and vegetable stand for nearly 30 years that it was finally time to shut it down.

Watson said she’s closing because of the new bypass. The northbound lane is already open in Driscoll and currently only southbound traffic is coming through town. According to Watson, it's resulted in the stand not seeing much foot traffic since it's completion. When the southbound section of the bypass opens, Watson fears there won’t be anyone coming through town to stop at her stand.

"It’s hard after so many years," Watson said. "My people that come, they leave crying, they leave tears, they leaving me worse, but what else can I do?"

Word of the iconic Driscoll landmark closing has not only spread around town, but the across the Coastal Bend.

One of Watson's longtime customers, Rebecca Cantu, has been visiting the stand since it opened. Cantu expressed that she doesn’t like what the bypasses are doing to the business and others across South Texas.

Another customer, Sherry Salazar, said the entire community is losing out by the fruit stand closing.

"It’s terrible that a place like this would be closing because we need this kind of interaction," Salazar said. "We need to be outdoors. We need to be in nature and knowing where our produce comes from and knowing what’s on it and so forth."

Watson said she’s not sure what she and her family are going to do now as their business shuts down in just a few days.

"For the last month I’ve cried so much that I don’t have no tears left," Watson said. "We’re going through really hard days because this is one of my babies."