Even though district leaders say residents will not see a tax increase with this bond, voters will still need to give their approval for the bond's passage. 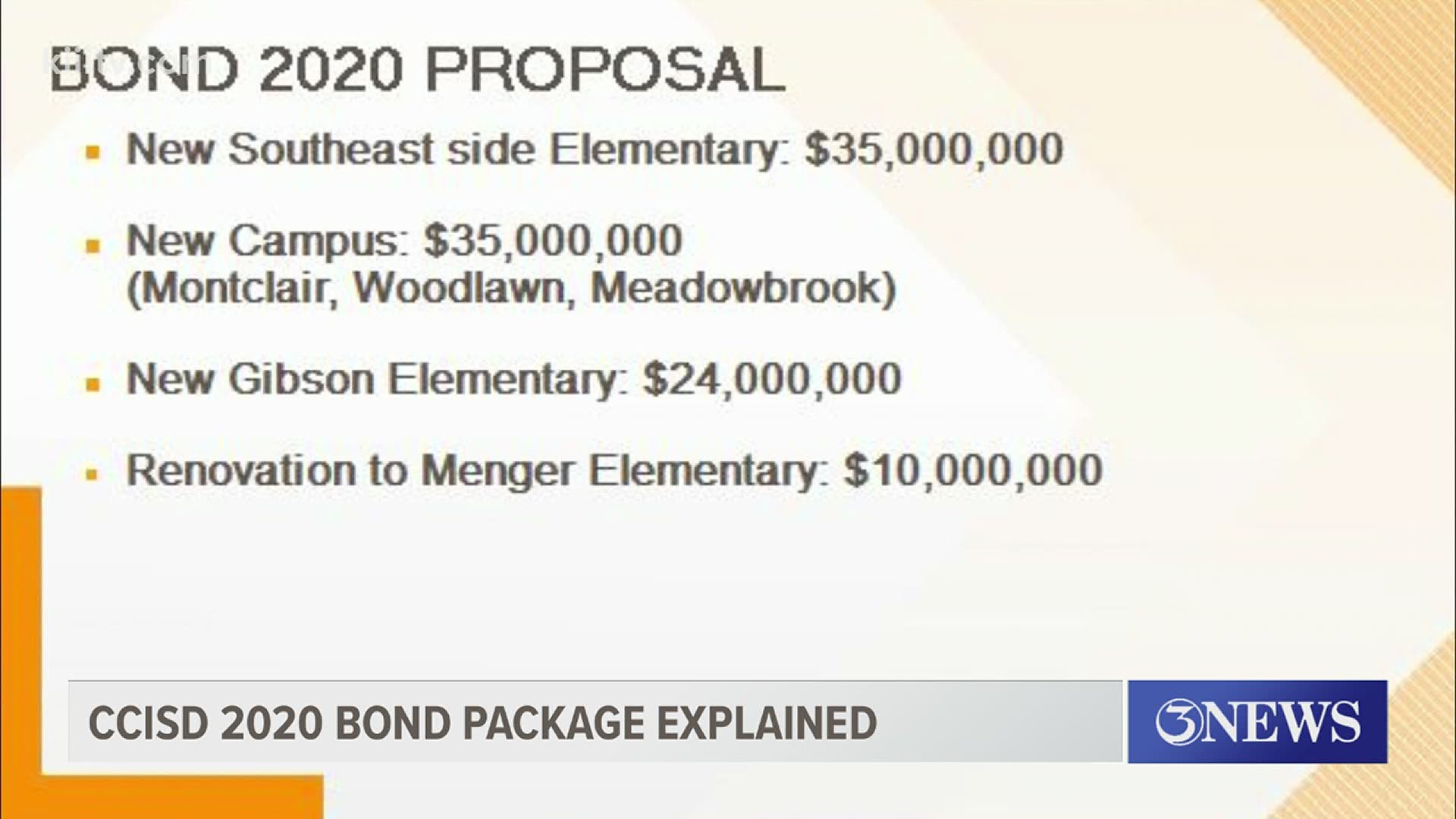 RELATED: CCISD's Bond 2020: Here's a breakdown of what's in the bond package.

"This is something that is going to benefit our community for the next 50 - 60 years," said Dr. Hernandez

Montclair, Woodlawn, and Meadowbrook Elementary schools would be consolidated with a new school. There would also be a new campus for Gibson Elementary on the city's westside.

"I think the most important thing we want to focus on in these bonds, is that the average years involving these campuses is 72 years old," said Hernandez.

Hernandez said those current elementary schools are also all open wing campuses, meaning they have outdoor hallways that not only raises concerns about security, but also efficiency.

"Everything was outside with no air conditioners. Right now, we have a lot of window units in our schools. That isn't very efficient on operations when you are cooling down the buildings and then all your kids are opening doors to travel outside the building," said Hernandez.

A location has yet to be determined on the possible new southeast side elementary school, but Hernandez said the new campus would help address the growth being seen in that area of the district.

For example, Kolda Elementary, one of the district's newer campuses, is already just shy of its 900-student capacity.

"We have to stay in front of it. We have to remind our community that even if we started on it today it takes 2 - 3 years to complete," said Hernandez.

The bond package also includes millions of dollars worth of renovations to Menger Elementary, Ray High School, as well as Miller High School and Buc Stadium.

Even though district leaders say residents will not see a tax increase associated with this bond, voters will still need to give their approval for the bond's passage.

"The fact that we have done 4 - 5 bonds over last several years since 2008 and continue to move forward with these projects, we will get there eventually wherever we leave off," said Hernandez.

For those campuses that did not make it into the bond package this time, the CCISD superintendent asks for patience.

"This is not the last bond we will pursue and in time, our hope is to address all of those campuses with the highest needs," said Hernandez.