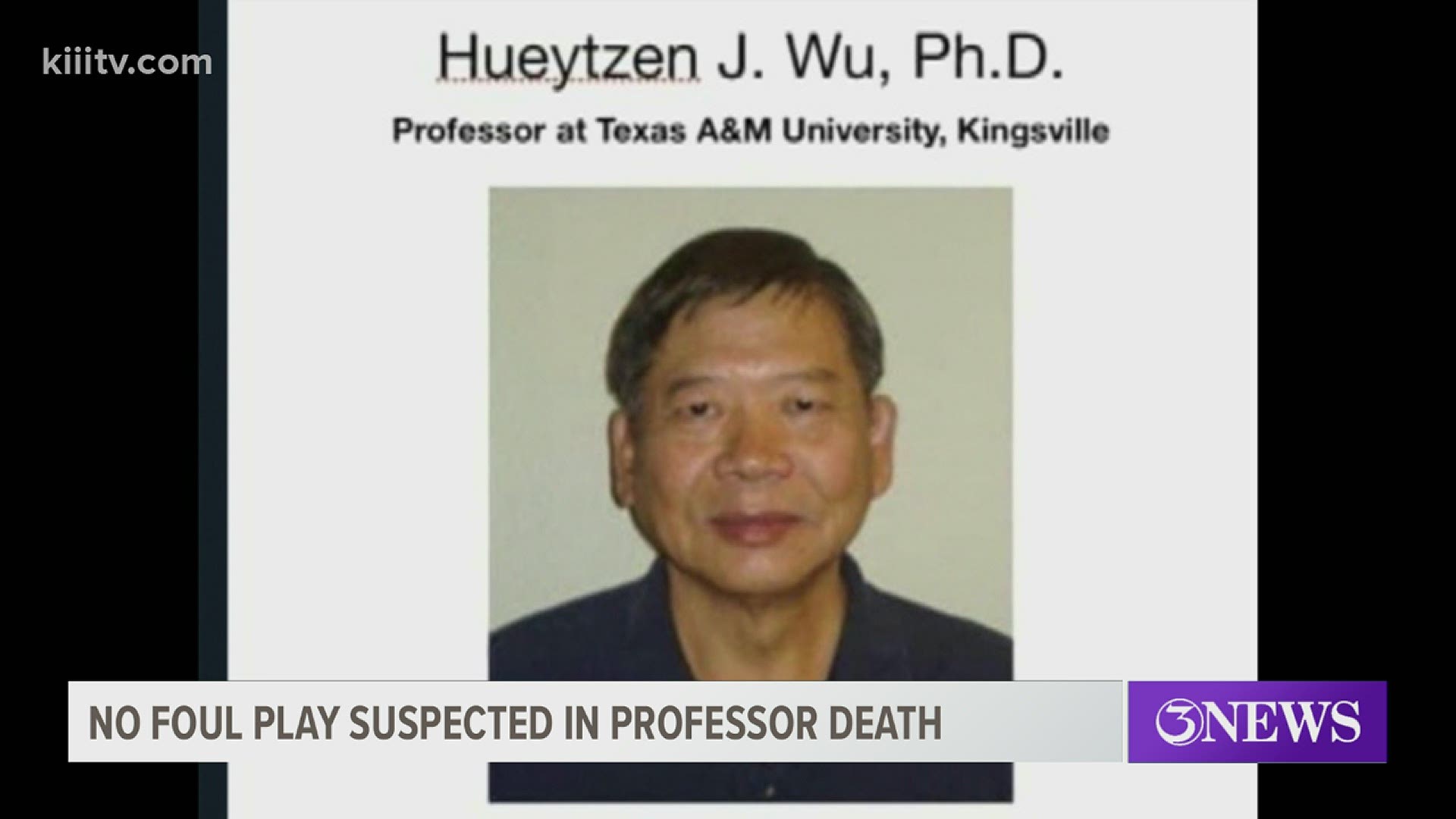 CORPUS CHRISTI, Texas — A normal routine phone call is how Dr. Didi Wu described his last conversation with his father.

"He was on his way to his office and I talked to him to see how he was and everything, so you know normal," said Wu's son.

From normal to out of the ordinary, Dr. Wu's son said his father suddenly stopped showing up to lectures.

The Kingsville Police Department laid out a timeline of Dr. Wu’s final days alive with the help of his family. On Thursday, neighbors said they saw him near Hall Avenue in Kingsville.

Witness also said he was seen near Benavides and Hebbronville at convenience stores. Later on Wednesday, both his body and vehicle were found near Boca Chica Beach, near Brownsville.

Authorities tracked him to a location near Brownsville. Family members say the SpaceX program's satellite captured the minivan crashed into the Rio Grande, 200 feet from the Mexican Border.

Cameron County officials found the body of Dr. Wu near the vehicle. Meanwhile, Dr. Wu's colleagues in Kingsville are stunned.

"You know, there's a huge element of shock," said Dr. Michael Muzheve, a fellow Math professor at the TAMUK. "We were hoping for the best, praying and hoping that he'd be found safe and be able to come back and continue his job."

"Dr. Wu has been with our department since 1980, which makes like 40 years," said Muzheve.

Muzheve added that Dr. Wu will be missed, and even though he won’t be walking the halls anymore, he will still always be part of Javelina Nation.

Right now, investigators with the Cameron County Sheriff's Department are saying they do not suspect foul play, as Dr. Wu didn't appear to have any injuries. But an autopsy is pending, and Wu's family, fellow professors, and students are still looking for answers.

"We're just waiting," said Muzheve. "Hopefully we can get more information on what transpired."