The comments from the high schooler come as FCPS announced Tuesday that they will be returning to in-person learning five days a week in the fall. 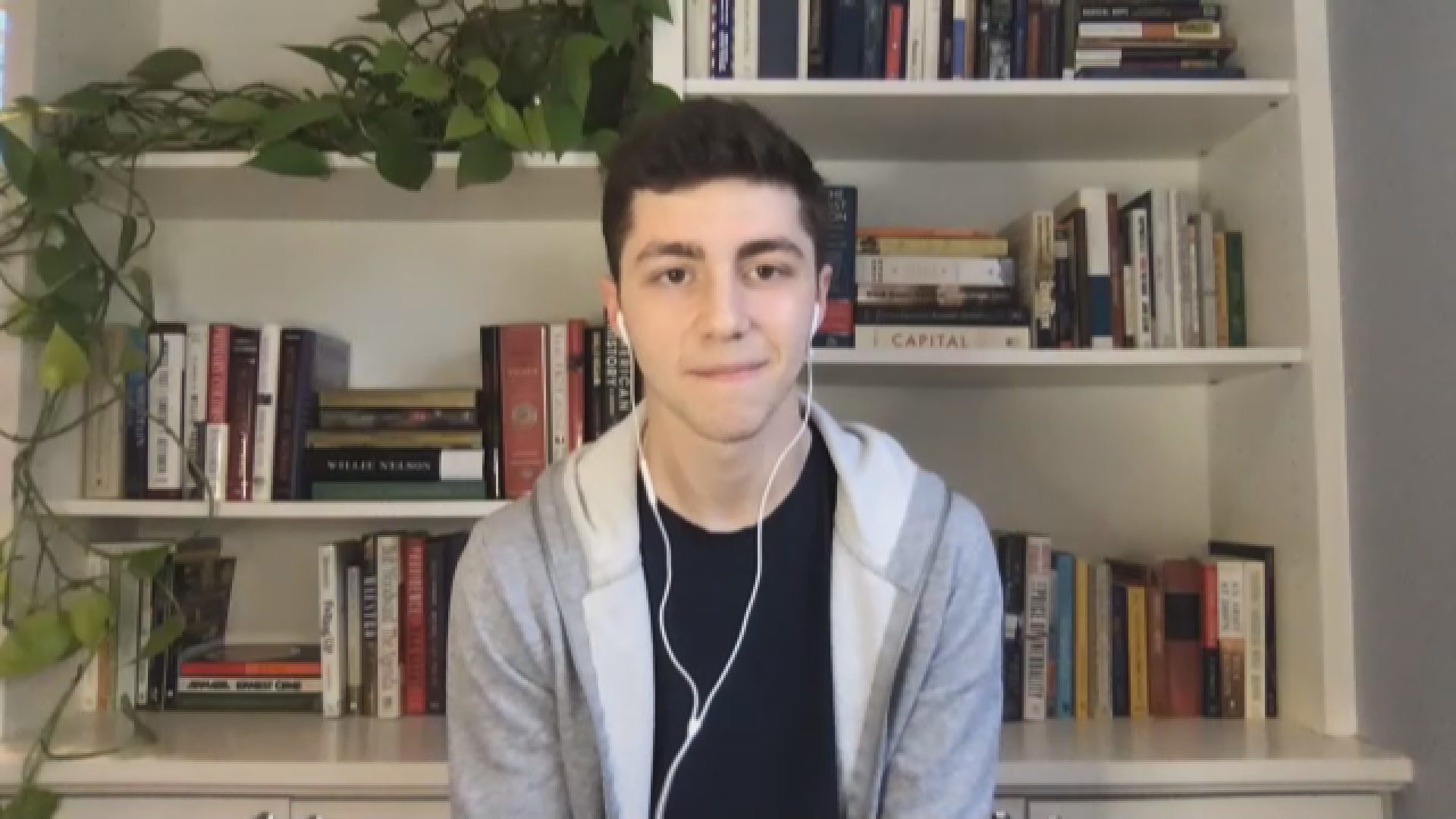 FAIRFAX COUNTY, Va. — Some Fairfax County Public Schools high school students have been back in the classroom for two weeks. One senior called the experience "disappointing."

Henry Smith was excited when he heard FCPS was moving into hybrid learning in March. He's a senior at Justice High School and said he has never met his teachers this year in person.

"I've missed my friends a ton. And I've just missed seeing my teachers and having that normal school experience, believe it or not. Because you probably wouldn't expect to hear a high school student say they miss school," Smith said.

He said virtual learning had been going "okay" for the past year, and commended FCPS for making it "feel normal."

When he showed up for his first day back on Mar. 4, however, he said it felt anything but normal.

He said his first-period class only had him and three other students -- with a teacher poised at the front of the classroom behind a plexiglass screen.

"The teacher had to be sitting and teaching to the online class still," Smith said. "So it was as if we were, you know, just kind of there for an online class."

He said because there were so many other students still tuning in virtually, the teacher focused most of their attention on them.

"It's disappointing to have expected, you know, a normal school experience and have been given less attention even when going in person," Smith said.

The comments from Smith come as FCPS announced Tuesday that they will be returning to in-person learning five days a week in the fall.

Some @fcpsnews students went back in the classroom this month.

One HS senior describes a lack of 1-on-1 attention in class & an auditorium of socially-distanced kids on laptops. But, he thinks the school's doing its best.

More on the 'disappointing' experience on @wusa9 at 11. pic.twitter.com/OxjmkaonTv

Not all of his teachers came back to school, though, which meant he had to join other students in the same boat in the auditorium for some periods. There, he said some teachers that have "off" periods or administrators would monitor the group as each tuned into their class virtually.

"What's really interesting about this is the students aren't really engaged when they're online from the auditorium. It's the same exact experience if they are from home," Smith said. "There's 20 other kids in there. It's completely silent. And it's almost embarrassing to raise your hand in your online class and speak to your classroom with 20 other kids in this room with them hearing everything you say."

Credit: Henry Smith
FCPS high school senior Henry Smith snapped this picture in the auditorium as he and other students attended class in school -- but still virtually.

At that point, the experience is better from home, he said, because at least he's in a comfortable environment without a mask and with easy access to a drink and a bathroom.

When it came to eating lunch, he describes a more isolating experience than he had hoped for.

"They had two stickers on each table, indicating the seats that students could sit at. And once you've sat down there, you scan a QR code. Which takes you to this form where you put in your name, your email, the seat number, and from there, they use that for attendance purposes, but also for contact tracing," Smith said. "If someone had lunch before you, has tested positive, they'll reach out to you and say, 'Hey, someone has tested positive, you may want to test yourself as well.'"

Once he and his friends saw the setup, they realized they'd have to decide which one or two people they wanted to sit closest to in the off chance they could have a short conversation after eating.

"It's disappointing too, to have lunch with more friends than you would see in just a single class in person, and not even really be able to speak with them," he said.

Getting to and from the class was also more confusing than usual, he said. Some of the hallways have been marked as "one way".

"If you have to get to a class but you can't go down the hallway, you know, you have to go down and take three more rights so that you can finally get there," Smith said. "But you know, they're doing what they need to do to make sure everything is safe and working smoothly."

Smith said that's his overall takeaway -- going back to school in person isn't what he had hoped it would be, but he knows teachers and staff are trying their best. He said there's no one to blame.

He said he can't think of anything specific the school system can do to make the in-person learning experience better. But -- that doesn't mean it's not challenging.

"We're all trying to make the best of a bad situation."

Students who are part of the hybrid learning program attend classes in person two days a week. Smith's are on Thursdays and Fridays, so at this point, he's only had four classes at school.

He said he plans to stick it out a bit longer because he does appreciate seeing some of his teachers and classmates in person, even if it's difficult to interact.

A spokesperson for Fairfax County Public Schools said they realized it would be a different experience because of the changes the pandemic forced them to make to keep students and staff healthy and safe. They're hoping people will understand that the next couple of months are unusual and won't look or feel normal.

They said they understand how Smith feels and that the pandemic challenged schools across the country. They always try to make the best decisions they can with healthy and safety at the forefront, they said.