Premont ISD offering remote learning for some out of district students

Premont ISD is an open district and it can allow out of district children to attend its classes. 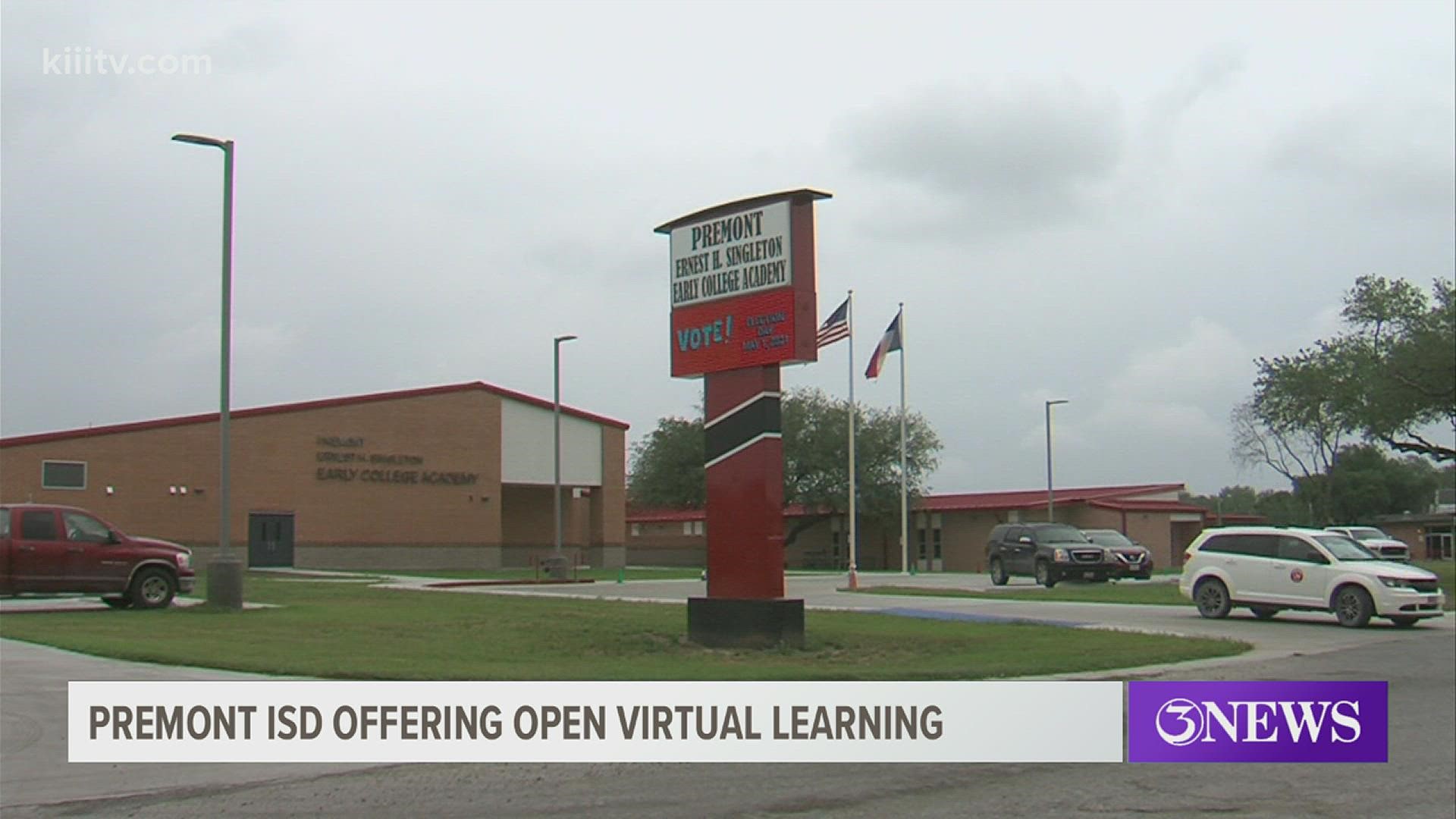 PREMONT, Texas — Officials with the Premont Independent School District are working on a plan to not only offer remote learning to elementary students, but also allow out of district kids the same opportunity.

Premont ISD Superintendent Steve VanMatre tells 3News that he has been flooded with calls and e-mails from parents who live out of the district. All of them want their children to be a part of Premont's plan to offer remote learning.

"I'm not guaranteeing that they'll be accepted because I have to get a good idea of how many Premont kids we're going to have," VanMatre said.

Vanmatre said Premont ISD is an open district and it can allow out of district children to attend its classes. But when it comes to the remote learning, there are only some 50 spots open and it's only for students 12 and under.

"Premont kids are first in line," he said. "I am employed by our trustees to advocate and promote Premont students. Once I get a handle on those numbers, then I'll start looking at accommodating other kids because we're in the kid business."

Lilly Rodriguez is the district's parent liaison. She's also on the remote learning committee which is working to come up with the distance learning plan.

"We are still in the process of registering our students for Premont ISD," Rodriguez said. "We don't have 100% of them registered so it's hard to give you an exact number about how many would go virtual because we don't have them yet all registered."

VanMatre added that the there is a cut off date for in-district registration on August 13. Out of district, if available, will be the week of August 16.