Not all counties have health departments. Who will decide whether students return to school in counties without a local health authority?

Districts now will not lose funding if a health authority orders them to stay closed. Many rural counties don’t have their own health departments. 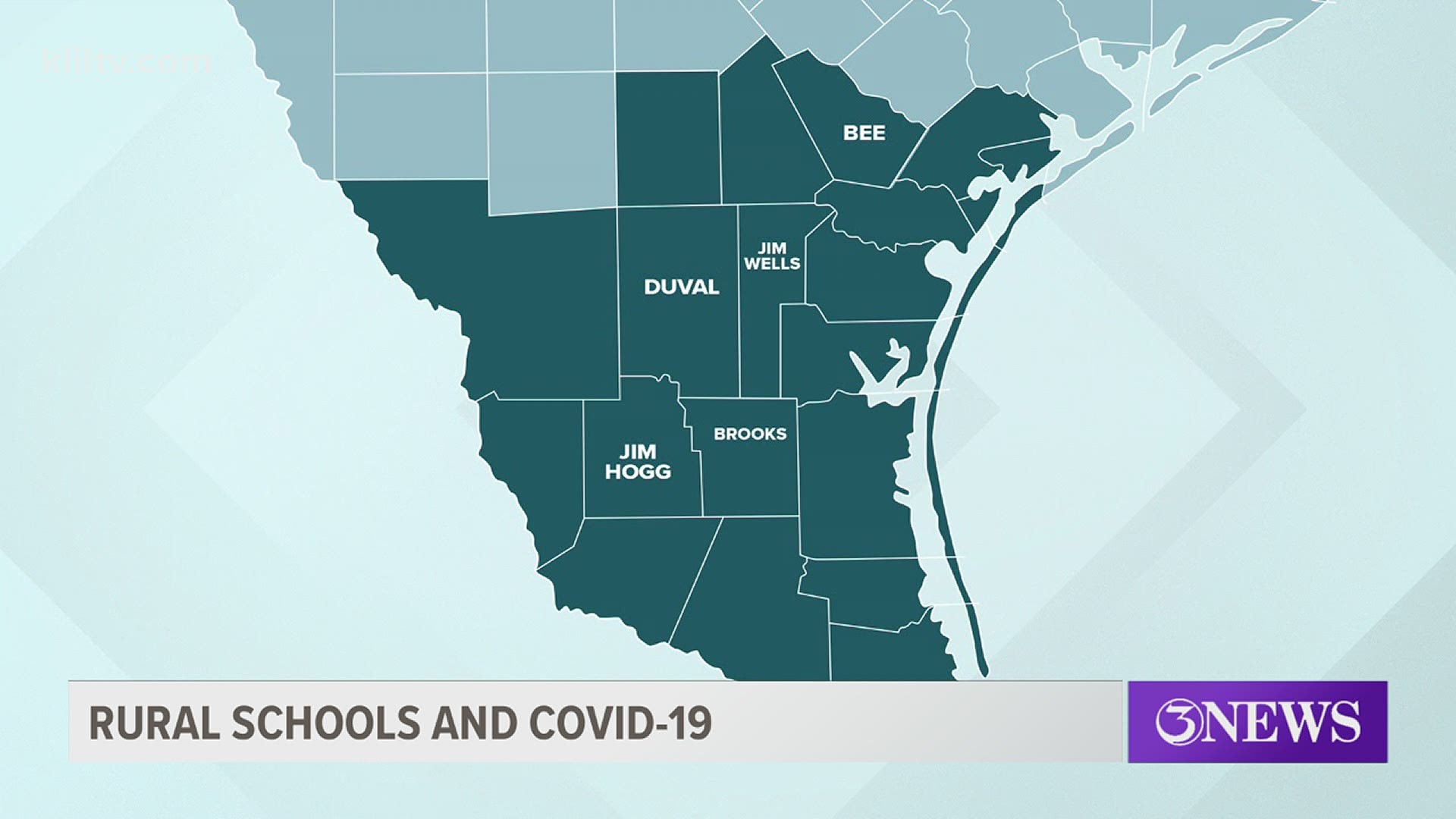 BROOKS COUNTY, Texas — Districts across Texas are still weighing the pros and cons of returning to in person instruction. Districts will not lose any funding if a health authority orders them to stay closed. That's good news for the majority, however, many rural counties don’t have their own health departments.

“Being a former educator, I want nothing else than for kids to start learning again in the traditional way," Brooks County Judge Eric Ramos said. "As opposed to trying to discover more effective ways and continue to experiment, but we want to do it safely and make sure our communities remain healthy and safe."

Judge Ramos spoke about the concern he and many others across the state have at the prospect of kids going back to face-to-face instruction in the next few weeks.

The Texas Education Agency previously said it would allow districts the option of staying online for only three weeks. After the three weeks, they have to provide parents with the option to keep their kids at home or allow them return to campus.

That all changed today. Commissioner Mike Morath told districts they could stick with distance learning if local health districts declared the pandemic situation dire enough to keep kids out of the classroom.

Judge Ramos said in communities like his, remote, with limited access to medical care, keeping kids at home for as long as possible is best.

“That was a concern of a majority of citizens of Brooks County, lots of feedback on not starting school,” Judge Ramos said.

Smaller counties don't have their own local health authorities. Brooks, Bee, Duval, Jim Hogg, and Jim Wells are under the state's public health region 11 which is based in Harlingen.

However, in making decisions such as when to return to campus, County Judges retain that authority.

“We are in an emergency situation and that’s been declared by the county state and federal government, that give local government a little more authority,” Judge Ramos said.