Two of the biggest school districts in Central Texas warned about the trend that's gaining popularity. 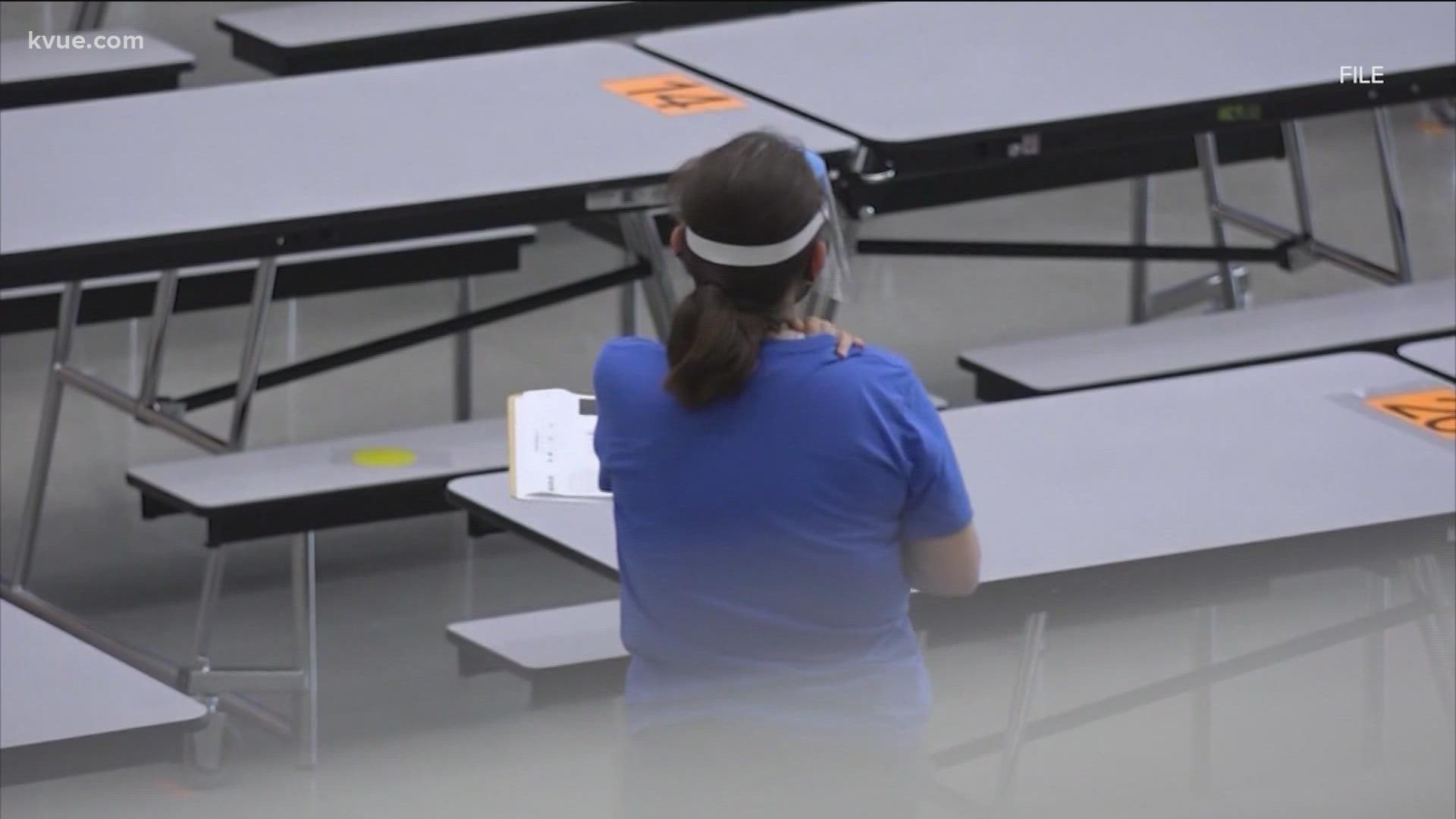 AUSTIN, Texas — After Austin ISD sent a warning to parents about a new TikTok challenge that encourages students to hit a teacher and post the video, a spokesperson for the district confirmed to KVUE that at least one related incident has occurred in an Austin school.

"No one deserves to be assaulted for a social media challenge, much less our teachers, who have an important job to do and have earned our respect," the district said in the letter warning parents about the trend.

AISD said it wants to be proactive instead of disciplining students after they do something wrong. The district is talking to students about what the consequences would be if they try the "Slap a Staff Member" challenge and is encouraging parents to talk to their children as well.

"We know that there's some responsibility to using social media, and the last thing we want is for it to be used to cause damage to property or some type of assault to staff," said Eduardo Villa, media relations specialist for AISD. "We want to encourage parents to talk to their children about the responsibility of using social media and the effects that it has and of all these challenges, the influence that it has to children."

AISD also said that plans circulating online show that there will be a TikTok challenge each month. The "Devious Licks" challenge in September encouraged students to vandalize bathrooms and steal items from their schools. AISD said it saw damage at all of its middle schools due to the challenge.

"The bottom line: We're here for your students, and that means enforcing the rules when necessary," the district said in the letter to parents.

Earlier this month, Round Rock ISD also expressed concern that the "Slap a Staff Member" challenge would cause more disruptions following an increase in incidents connected to September's bathroom challenge.

A spokesperson for Round Rock ISD said so far, the issue has not come up in their schools this month.

But during last month's social media challenge, the district had more than 100 soap and paper towel dispensers damaged and bathroom "stink bombs" triggered two school evacuations. The district also had to do mandatory gas line testing, which cost more than $10,000, according to a letter sent to Round Rock parents.

The district reminded parents and students that slapping a staff member could be treated as a third-degree felony, considered an assault on a public servant.

Parmer Lane bridge over I-35 to close, then reopen this weekend with new interchange