The superintendent believes this is the largest single-head pay raise in the district's history. 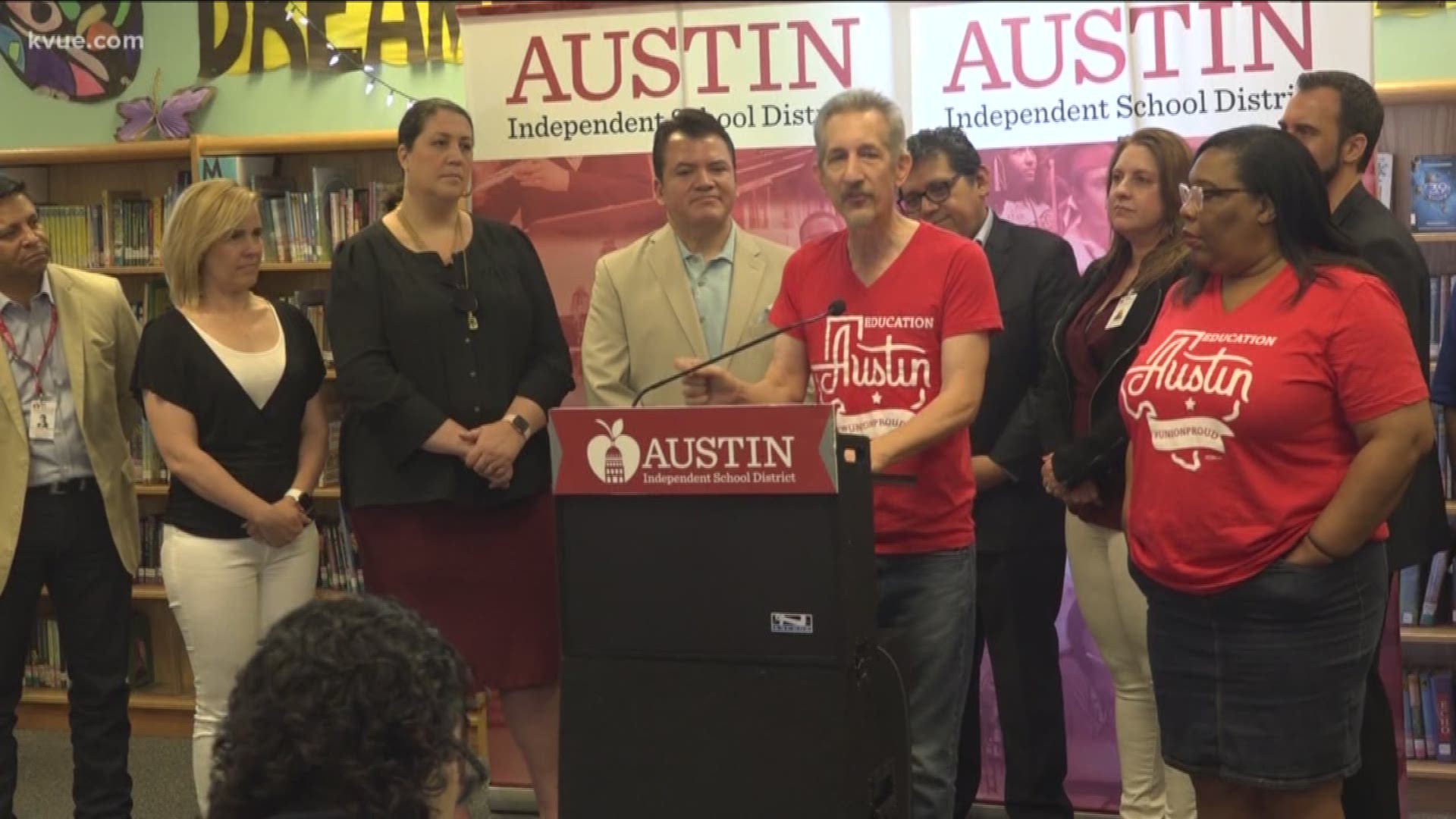 AUSTIN, Texas — Teachers, counselors and other staff members at the Austin Independent School District will be getting a pay raise.

AISD leaders announced Thursday that teachers and staff who have more than five years of experience will receive a 7% increase in pay. A 6% raise will be given to employees across the board. This increase comes after Gov. Greg Abbott signed House Bill 3.

House Bill 3 injects more than $11.5 billion into the public school system and completely revamps the formulas used to decide how much money schools get per student.

Teachers will see these pay raises on July 1. The district calls it "Christmas in July."

Ken Zarifis is president of Education Austin, the employees' union for AISD. He and his team have been fighting for this raise.

"Today's the day we realize, part of our dream," Zarifis said Thursday. "And the hard work all of our members, all of the people that stood up, all the people that knocked on doors to see that we had the right people at the legislature."

In addition to the raises, changes to the state's school funding formulas mean the district's budget deficit is shrinking.

"Before, we were looking at maybe a little over a $60 million deficit," said Superintendent Cruz. "This may come to around to maybe a $5 million deficit."

The district also will not have to pay as much in recapture to the state.

That is the money property-rich school districts pay to help property-poor districts.

Austin ISD projects about a $182 million savings in recapture payments. However, AISD still pays more in recapture than any other district in Texas.

Even with this new money from the state, the district has not said if there will be any changes to its plan to possibly close or consolidate campuses. That may still happen.

The district said it will not make a final decision until October. It is holding community meetings and "think tanks" to discuss the possible closures this summer.

You can find out more about what House Bill 3 will do for Texas by clicking here.