According to online jail records, Randi Chaverria bonded out of jail as of Tuesday afternoon. 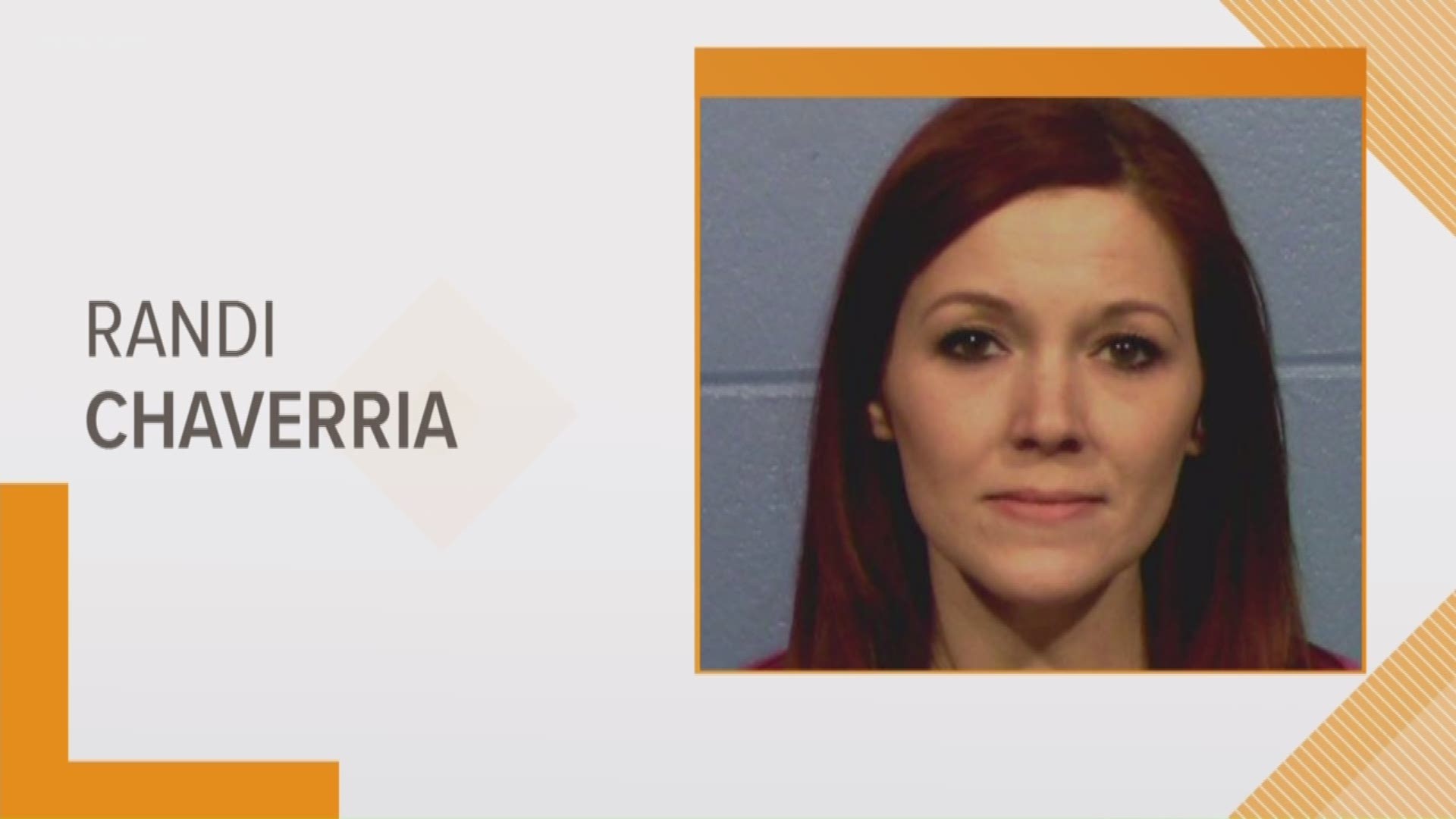 ROUND ROCK, Texas — A Round Rock Independent School District teacher that was arrested on Tuesday for having an improper relationship with a student allegedly performed oral sex on him in his classroom.

School officials said in an email to parents that they were first notified that Randi Chaverria had an improper relationship with a student on Monday, Nov. 18. Once they were notified, Chaverria "elected to take leave" before the administration received the report.

According to an affidavit obtained by KVUE, Chaverria had sexual contact with a current student several times while she was a teacher at Round Rock High School during the 2019 fall semester. The student reportedly told police she performed oral sex on him twice in his classroom on or about Oct. 16.

After reviewing text messages between the student and Chaverria, officials said they were consistent with what the student's claims regarding his relationship with her.

RRISD officials told KVUE that Chaverria was already on personal leave as of Nov. 18 from the week prior to the allegation surfacing. District officials said HR called Chaverria in the morning of Tuesday, Nov. 19, then Chaverria came in and submitted her resignation.

The relationship was reported to the district's human resource department and to the State Board for Educator Certification, the district said.

Chaverria is no longer a teacher for the district. She later turned herself in at the Williamson County Jail and has been charged with improper relationship between educator and student, the district said.

New data from the Texas Education Agency (TEA) shows there has been a rise in inappropriate relationships between teachers and students in recent years.

One explanation for the recent spike in relationships could be because of the "Pass the Trash" state law passed in 2017, which strengthened requirements for principals and superintendents to report inappropriate relationships.

According to a Facebook post from the district, Chaverria was a Round Rock High School family science teacher.

Back in 2018, Chaverria was praised by Round Rock ISD after being named the 2019 Secondary Teacher of the Year, according to the district's post.

"Chaverria credits her family’s belief in education as her reason for developing a passion for teaching," the district wrote.

According to the district's website, Chaverria was very involved in the school.

"During her time at Round Rock, she has applied that mindset to making a positive impact on her campus by leading the Adopt-A-Child a community service project," the district said online.

According to online jail records, Chaverria bonded out of jail as of Tuesday afternoon.

The following letter from the school's principal was sent to Round Rock High School parents on Tuesday:

Safety is the top priority of Round Rock High School and Round Rock ISD. Ensuring a safe and secure learning environment requires partnership between students, parents, campus and district staff, as well as law enforcement.

With that partnership in mind, we want to share some information about an incident at our campus.

Today, the Round Rock Police Department arrested Randi Chaverria, a Round Rock High School teacher, following an investigation of an alleged inappropriate relationship with a student. School administrators were first notified of the allegations on Monday, November 18.

Once notified, the teacher, who had elected to take leave before the administration received the report, was immediately reported to the District’s Human Resources Department and law enforcement and not permitted to return to campus.

This teacher is no longer employed by Round Rock ISD and the situation has been reported to the State Board for Educator Certification.

Per procedure for all Round Rock ISD employees, this individual was hired after passing a Texas Department of Public Safety background check and employment reference checks.

As a reminder, Round Rock ISD encourages anyone who has information tied to possible wrongdoing or inappropriate behavior to immediately contact a campus administrator, utilize the District’s Anonymous Alerts program, or reach out to law enforcement.

The Anonymous Alerts program allows students or parents to anonymously submit any sensitive or urgent student issues quickly to school officials. Students or parents can submit reports such as bullying, cyberbullying, depression, dating violence, drug or alcohol use, threats against the school, weapons on campus and more. All messages submitted remain completely anonymous. Please visit roundrockisd.org/anonymousalerts/ for more details.

Free ride? These 6 organizations get free rent from the City of Austin

'It's one of the worst things I've ever seen': Caretaker attacked, killed by feral hogs, sheriff says