3News has received statements from both the TEA and the district. 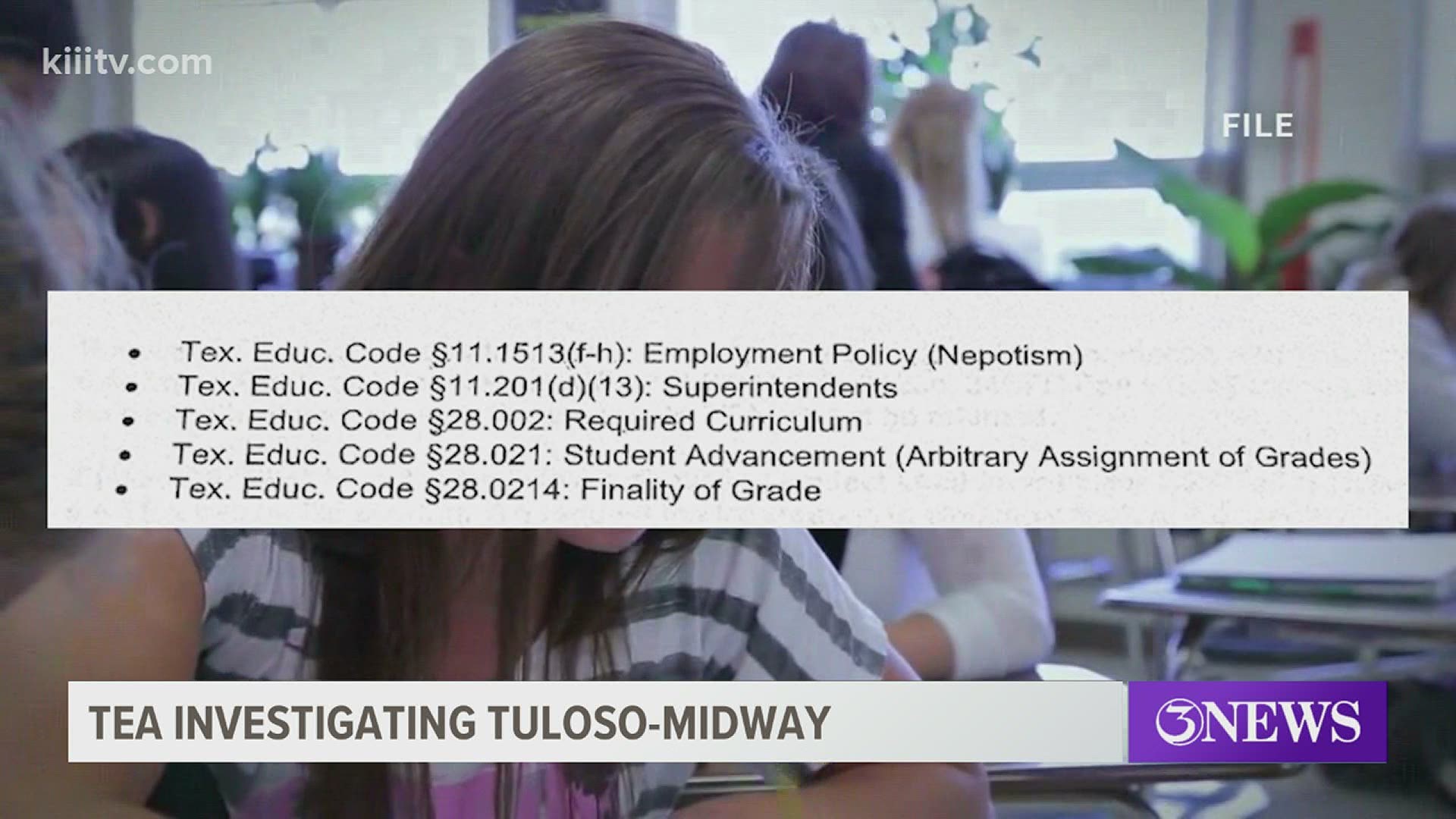 Documents 3News obtained state four students, including the child or children of a board trustee “had an unfair advantage involving a ‘Non-District PE Course’ that was not offered to other students in the district."

The documents also stated that this practice was “implemented in previous years when children of the Board Trustee, as well as the child of a close family friend, earned valedictorian ranking.”

According to the documents, the investigation revealed that 1,200 grades were changed without proper authorization in Fall 2020.

The alleged violations include nepotism and arbitrary assignment of grades.

3News reached out to the Texas Education Agency for comment, and they released the following statement:

The school board, which is now under investigation, placed Tuloso-Midway ISD Superintendent Rick Fernandez on administrative leave with pay on Thursday but would not say why. 3News again reached out to the district for comment on the TEA investigation and got the following statement from Assistant Superintendent John White.

"Because the investigation is ongoing, we have no further comments on the matter."

It was a crowded board meeting Tuesday evening at the Tuloso Midway ISD Administration Office where many shared their thoughts regarding the TEA's investigation before the board meeting, including concerned parents like Maria Barrientez who says she was surprised when she heard the news.

"Tuloso Midway has always been a great school, a great district, we've always been a tight knit community and it's devastating to see the division this has caused,” said Barrientez.

Barrientez has a son who is a senior and she says the investigation has her family feeling concerned.

"He's nervous about his GPA to see how this is all going to end up and how they're going to reevaluate the whole system right now. So, it's a little nerve wracking,” said Barrientez.
A sense of shock and concern among some of the attendees although others shared with us, they believed it had more to do with a misunderstanding.

"People are not understanding how that process works. You cannot possibly do grade tampering there's a process and procedure to every grade change, to every change that is made on a student's official record,” said Janie Anguiano who worked in the counseling office at Tuloso Midway High School for 25 years.

Anguiano says she hears the parents' concerns, however she advises parents to not be as concerned.

"Do not be overly concerned they will get this right because their job is to work in the best interest of all students equally, so no student is going to be overlooked," said Anguiano.