"It's just a truly unfortunate incident that is truly indicative of a larger problem that works within UTSA," the club's President said. 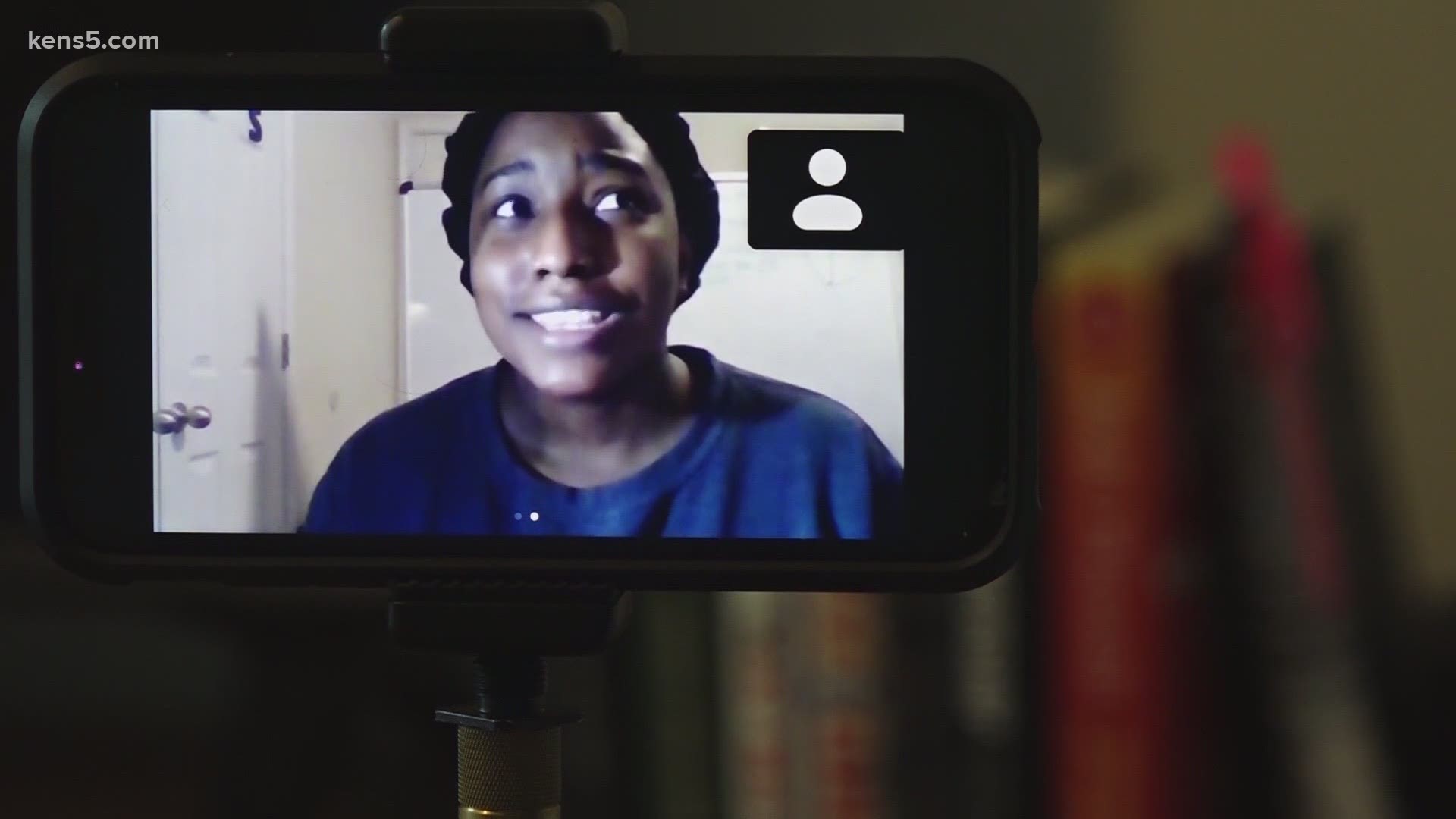 SAN ANTONIO — While UTSA's campus may be eerily quiet the same can't be said for its virtual community.

"I was disgusted, I was angry and I felt betrayed," The school's Black Student Union President, Priscilla Okolie, said,

What started as a normal Zoom meeting for the club turned into a disturbing disruption.

"From the bat, we had a few people coming in that we didn't really know and that tends to happen because of freshman and it's virtual so we can't see everybody's face, Okolie said.

"They would play some racially charged songs, they would say the N-word, hard 'r' and every time we would kick them out they would come back in."

The incident happened at the club's second general meeting of the school year and left the President and its members disheartened over the racist message.

"This just compounded on top of the issues we have to go through as Black people in our everyday lives but this is supposed to be a safe space for us and they infiltrated that space," Okolie said.

A space they hope UTSA tries to further protect. The College President did respond to the incident on Twitter calling it despicable and would work to hold those who did it accountable.

For Okolie, it wasn't enough.

"It's very interesting that he shows up at our MLK marches, but something like this he can't email or call us."

We asked UTSA for further comment and they referred to the President's tweet but for Okolie, she says this entire situation is unfortunately all too common. She just hopes it sheds light on the bigger issue on campus.

"It's just a truly unfortunate incident that is truly indicative of a larger problem that works within UTSA," Okolie said.

Six hours after KENS 5's was referred to the President's tweet after requesting comment on this incident and three hours after the initial story aired, the UTSA Chief Communications Officer Joe Izbrand provided the following statement:

President Eighmy personally coordinated the response to this matter as soon as he learned of it early Wednesday morning and throughout the day. He directed his team to look into options for forensically identifying the individuals who disrupted the meeting; he instructed his vice president for Information Technology to assist other university vice presidents to provide support, counsel and resources to the student organization on measures it can take to protect its web meetings; and he requested that the Dean of Students make immediate contact with the organization leadership on his behalf to convey his support for them and to condemn the actions of those responsible for the incident. The president also connected a student who reached out to him about the situation with senior staff to provide additional assistance.