Fact checking the price of insulin: Local health experts say the price has dropped, but it’s not quite as cheap as water

During Tuesday night's presidential debate President Trump stated the price of insulin was as cheap as water under his watch. 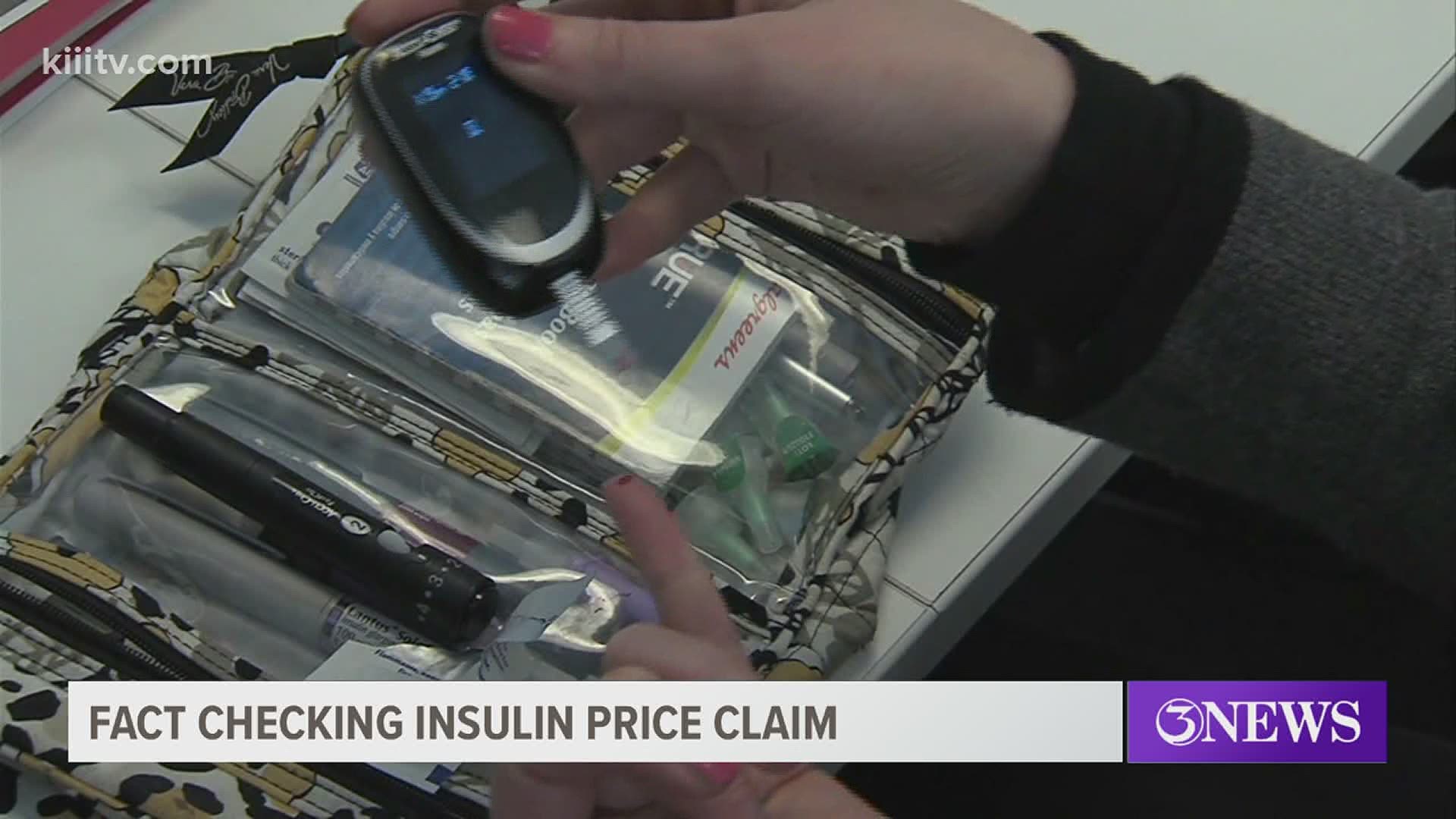 CORPUS CHRISTI, Texas — During Tuesday night’s first presidential debate President Trump stated that the price of insulin was as cheap as water under his watch. Reaching out to the more than thirty million people with diabetes in the country.

“Insulin. It was destroying families, destroying people, the cost. I’m getting it for so cheap, it's like water, you want to know the truth. So cheap,” said the President.

According to the Diabetes Research Institute, five percent or about 1.5 million people have type 1 diabetes and require insulin to survive. Some people with type 2 diabetes can control blood sugar with diet and activity. Still, many need insulin, especially as the condition progresses.

3News checked with local health experts who say although the price of insulin has dropped, it's still not quite as cheap or accessible as water.

“People just really need to look at what's available with the insulin they use. There's also copay cards available so there's a lot of help out there now with insulin and this is kinda brand new it just started happening in 2020,” said Registered Nurse, Georgiana Bradshaw. “I know a lot of people kinda don’t know about it and it's kind of the sad thing. "

It could easily cost someone without insurance thirteen-hundred dollars per month to care for the condition.
Even with insurance, co-payments and supplies can eat away at your monthly budget.

For those without health insurance, the older insulins cost anywhere from twenty-five to one hundred dollars per vial. For example, Walmart has human insulin available at twenty-five dollars per vial. There is financial help from all four insulin manufacturers available. The best place to start looking is with your pharmacist.