Faking coronavirus is a crime: Man learns $5,000 lesson on why you shouldn't fake coronavirus 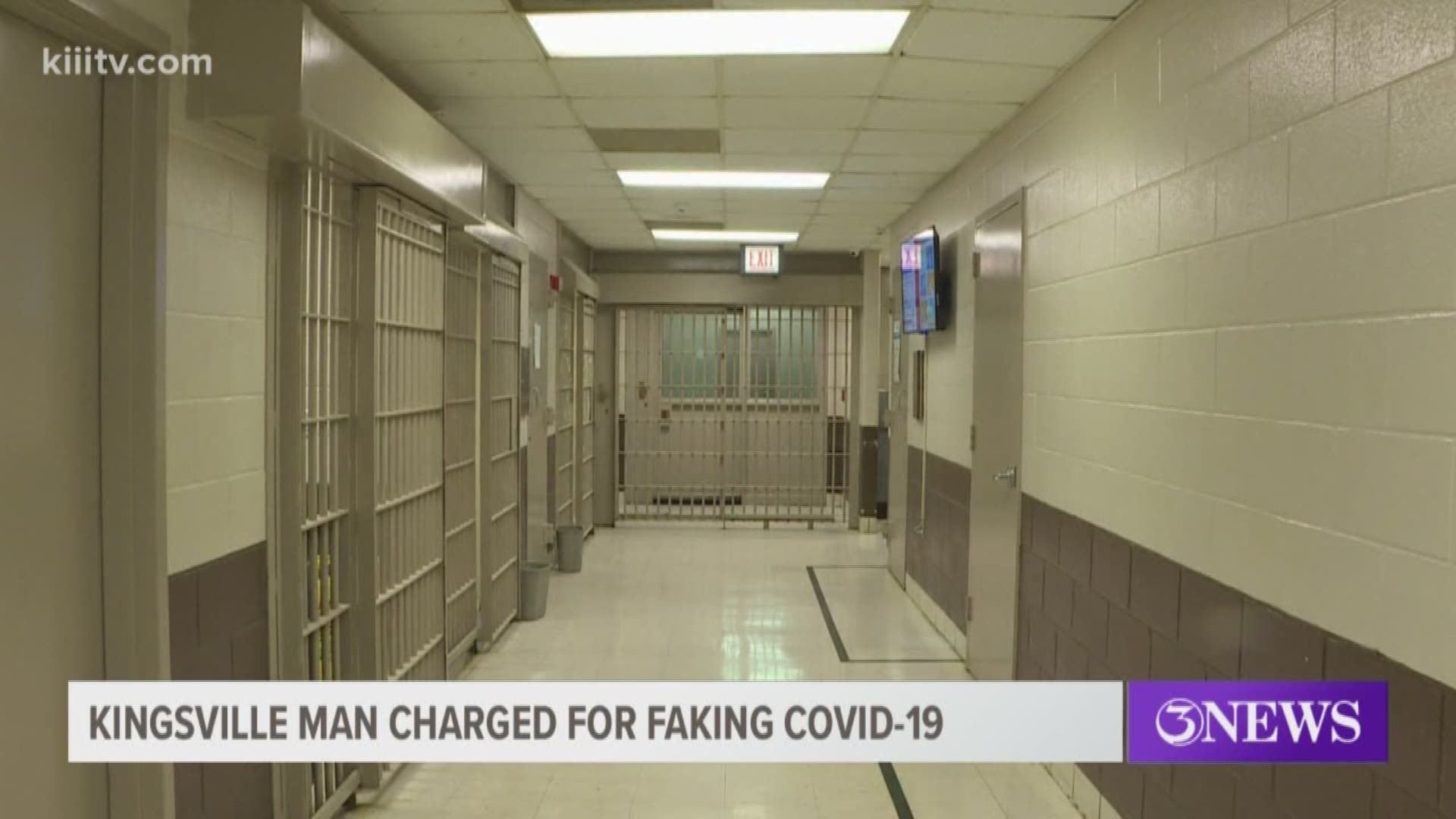 Officers said the male yelled that he wanted to be taken to jail.

Police arrested the male for public intoxication and outstanding municipal court warrants. Police transported the male to Kleberg County Jail. The male told officers he tested positive for COVID-19 and police say he “began intentionally coughing on the transporting officer.”

Police took the man to the local emergency room. Police report the male “continued to be belligerent, screaming and coughing. He was removed from the building, had his face covered with a mask and was seated in the back seat of a police unit.”

Police report the male showed no symptoms of the virus. Sunday morning the male was tested for the virus and his results were negative.  The male is now being additionally charged with “a charge of false alarm or report.”

“When alerted by a citizen that they are or could be infected with COVID-19, coronavirus, the Administration of the Kingsville Police Department along with the officer's & staff will take this matter seriously. This situation is not taken lightly, and we will prosecute those individuals who make a false report to any first responder to the fullest extent allowed by our Texas statutes.”