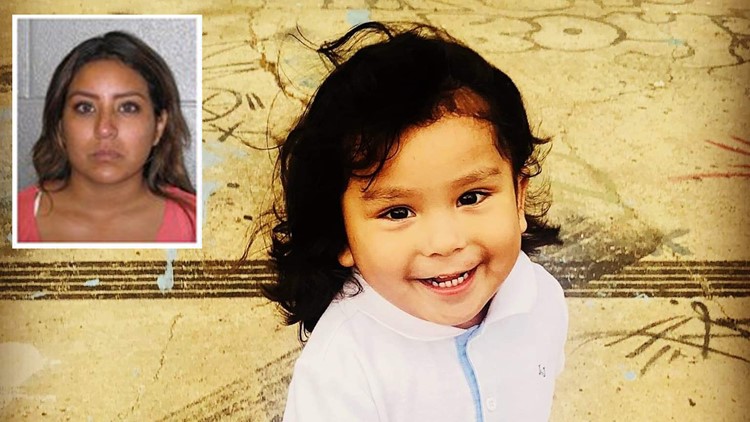 HOUSTON — A boy is dead and his brother suffered a broken leg when authorities said their intoxicated mother crashed into a barrier in southeast Houston last weekend.

Cristal Gonzalez was officially charged with murder and intoxicated assault with a vehicle causing serious bodily injury. She was booked into jail on Tuesday.

Authorities said Gonzalez, 26, picked up 3-year-old DeAngelo Maldonado and 8-year-old Christopher Maldonado from their father around 5:45 Saturday morning before the crash.

Authorities said Gonzalez was heavily intoxicated when she drove on the wrong side of the road in the 12200 block of Mykawa Road at an unsafe speed and crashed into a fixed embankment. DeAngelo was killed in the crash.

Family members are asking for donations to help with funeral and hospital expenses. Click here to donate.

Police said they believe she was intoxicated because there was a strong odor of alcohol when they arrived at the crash scene and pills were found in her vomit.

Gonzalez was taken to an area hospital in critical condition. Authorities said she underwent surgery for a chest injury. Her blood was drawn at the hospital and police said she tested three times over the legal limit.

Gonzalez has a prior conviction of failure to identify while having the status of a fugitive.

It's unclear how much Gonzalez's bond was set at or when she's due in court.

RELATED: Mother charged with murder in wreck that killed her 3-year-old son