Sandy Lindley's 64-year-old husband Dan tested Saturday for the Coronavirus. He is currently a resident at San Rafael Nursing and Rehabilitation Center. 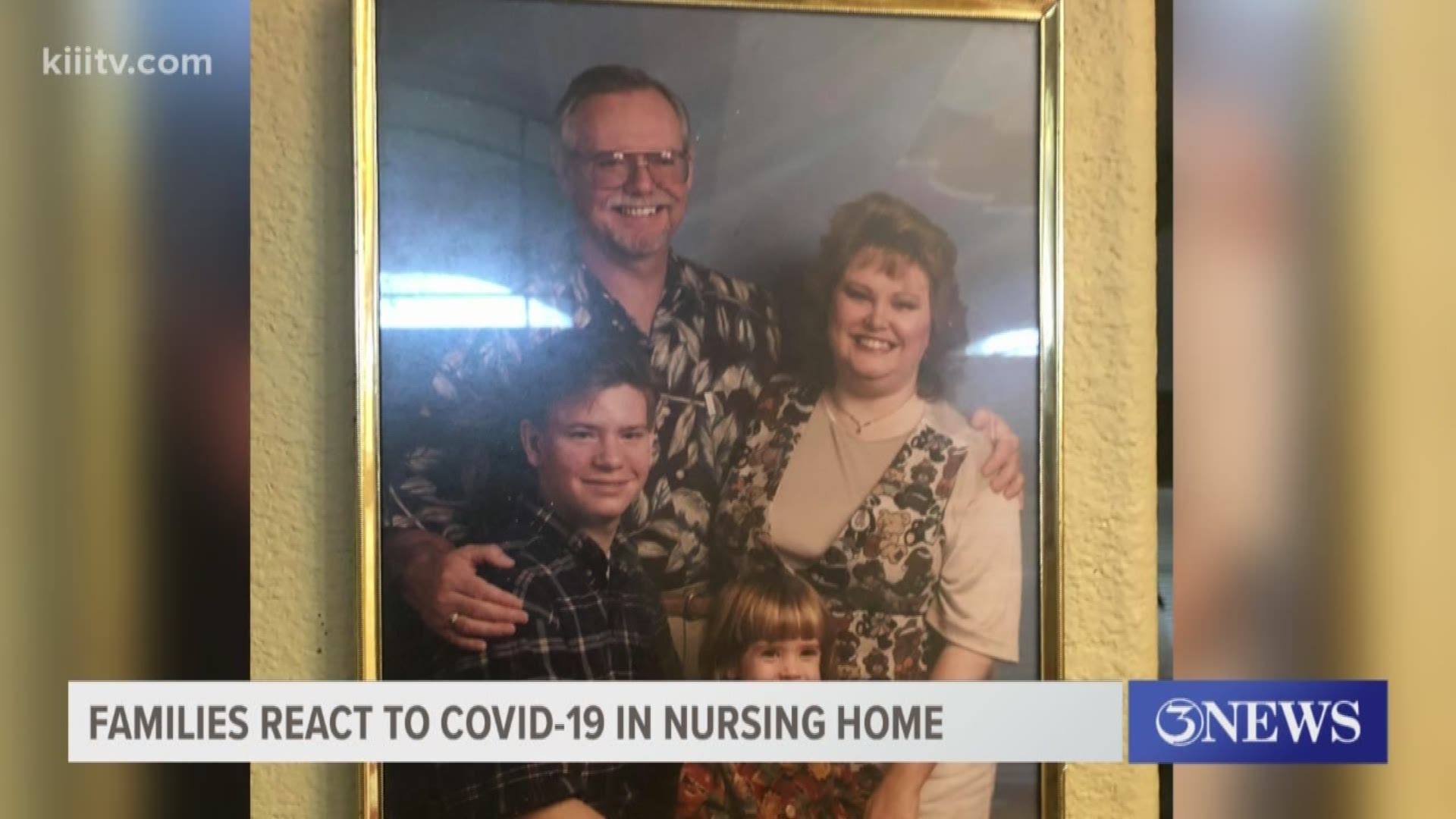 On Thursday, city officials announced there are four residents at three Nueces County nursing homes who tested positive for COVID-19. The announcement came after the Texas National Guard conducted facility-wide tests over the weekend. .

Sandy Lindley's 64-year-old husband Dan tested Saturday for the Coronavirus. He is currently a resident at San Rafael Nursing and Rehabilitation Center.

"It's been real hard on him, too, because he is confused, showing signs of dementia so he's confused you know doesn't really understand why he's there," Sandy said.

After a contract worker tested positive for the virus in Nueces County, several nursing home residents were tested over the weekend by the Texas National Guard.

"All cases were asymptomatic," Nueces County Health Director Annette Rodriguez said. "The nursing homes that have tested their residents and staff have already contacted the perspective family members of the resident that was positive."

At this time, officials haven't released the names of the nursing homes that were tested.

Dan is currently in a 14-day quarantine.

Sandy said he suffered a heart attack in January and had several health complications before he was placed in San Rafael shortly after the facility stopped accepting visitors.

"I got to see him through his window, but it had a solar screen so he could see me but I really couldn't see him," Sandy said said.

During the next few weeks, the health district said it will be working with nursing homes, state surveyors, Christus Spohn and the fire department to get all of the nursing home residents and staff tested as directed by the governor.

For Dan's family, they wait, comforting him over the phone.

"[We're] praying it's negative because he's got Chronic Obstructive Pulmonary Disease and when they called and told me over the first time I said please keep an eye on him cause he's got COPD and he's older and he's not a complainer so he might not tell you when somethings wrong with him," Sandy said.