Investigators found the school’s senior leadership at the time did not immediately fire two of the three individuals after they learned of the abuse. 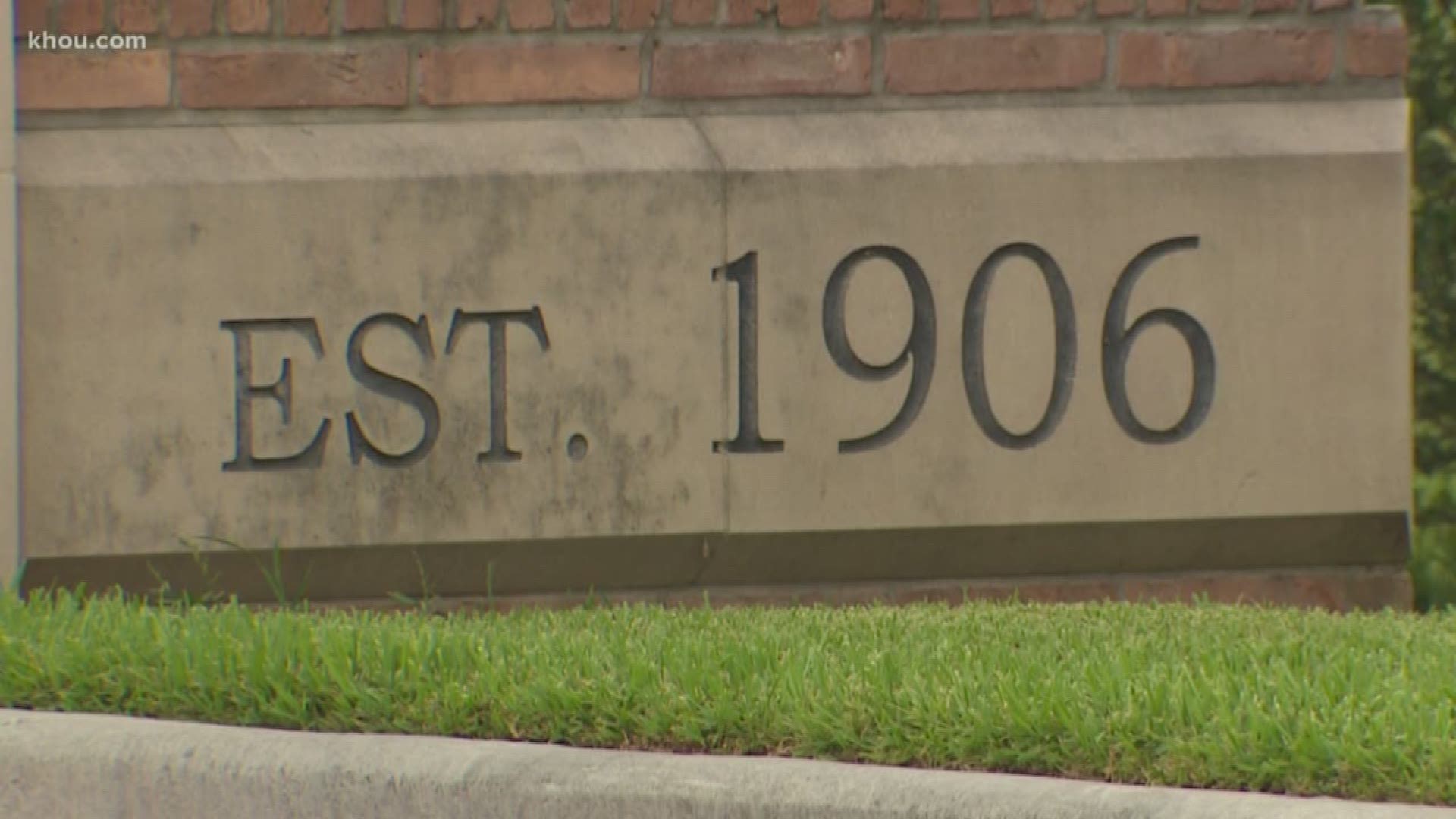 HOUSTON — Three former staff members likely sexually abused 15 students at the Kinkaid School, according to an internal investigation revealed Thursday by the school's Board of Trustees.

The abuse is believed to have happened between the 1960s and 1990s.

Last year, the school announced an internal investigation after a former student came forward to report sexual abuse. Kinkaid was also investigating how the school handled the allegations at the time.

The Board hired a private investigative firm called T & M Protection Resources to lead the investigation.

Over 15 months, 14 more victims came forward, all believed to be the victims of three former faculty members.

The alleged abuser’s names have not been released because no charges have been filed. However, the internal investigation has since been handed over to law enforcement and Child Protective Services for review, according to Georgia Piazza, who handles media relations with The Kinkaid School.

Throughout the course of the investigation, T&M conducted 58 interviews with alumni, current and former faculty, staff, administrators, trustees and others.

T&M found that one faculty member in the late 1960s to early 70s, engaged in sexual misconduct, including inappropriate touching of a sexual nature and other boundary crossing behavior, with eight students, all between the ages of 10 and 13.

The investigation found that a second faculty member in the late 80s to early 90s engaged in boundary crossing behaviors, sexual misconduct, including inappropriate touching of a sexual nature, an attempted sexual assault, as well as soliciting students to engage in sexual acts, with six students between the ages of 14 and 17.

T&M’s investigation found that a third faculty member engaged in an inappropriate relationship, which included physical contact and a sexual interaction, with a 16-year-old student in the 1990s.

Investigators also found the school’s senior leadership at the time did not immediately fire two of the three individuals after they learned of the abuse.

One alleged abuser has since died and the other two are no longer with the school.

In the letter to alumni Kinkaid writes, “This behavior is simply not tolerated at Kinkaid today. We as a school community can and will do better to protect our students.”

T&M did not receive any allegation of sexual misconduct involving any current faculty members or staff, according to the letter.

T&M’s investigators were alerted to other possible victims who did not come forward during the investigation. Anyone with relevant information can contact KinkaidSchool@tmprotection.com.

Read the school's full letter to alumni detailing the investigation:

To Our Kinkaid Community,

In May of 2018, we announced the launch of a formal investigation into allegations of sexual misconduct by faculty members or staff toward students between the late 1960s and early 1990s. These efforts, led by a special committee of the Board of Trustees, began after we received a report of sexually inappropriate interactions between a faculty member and a student and how the School handled those allegations at the time. Today, we write to you to share the results of that investigation.

First and foremost, we want to thank the individuals who bravely came forward to report instances of misconduct and abuse they either experienced or witnessed. While expressing our heartfelt regret for the misconduct our investigators found, we also wish to extend our most sincere gratitude to the community for its support as we have worked through this process.

The Investigation Process:
To conduct this investigation, the Board (through its legal counsel) retained a nationally recognized expert in the field, T&M Protection Resources. The School provided the investigators with unrestricted access to school-affiliated individuals, files and other school resources.

Over the span of a comprehensive 15-month investigation, T&M conducted 58 interviews with alumni, current and former faculty, staff, administrators, trustees and others. Some of these individuals contacted T&M through a designated phone line or email address, while others were contacted by T&M proactively. T&M did not initiate contact with any former students who others identified in the investigation as survivors of sexual misconduct, out of respect for their privacy. Thus, firsthand reports of misconduct were limited to those who themselves chose to contact the investigators. T&M did, however, request an opportunity to speak with, and in fact interviewed, two of the three former school employees against whom credible allegations of sexual misconduct were made (the third being deceased). To make a “finding,” the investigators determined whether, based on all of the information gathered, reviewed and applied, it was more likely than not that the events “found” to have occurred did occur.

Although the School’s May 2018 community letter referenced four former full-time faculty members who were a focus of the investigation, T&M ultimately did not learn sufficient information to make a finding with respect to one of those individuals.

T&M also found that the School’s senior leadership at the time did not immediately terminate two of the three individuals after being made aware of an instance of misconduct toward a student. A summary of the School’s actions at the time is below.

The School has reported T&M’s findings concerning each of the faculty members to the proper state and local authorities. We have made the decision not to disclose the names of the three former faculty members who the investigators found to have committed acts of sexual misconduct toward Kinkaid students. All survivors who participated in the investigation have been notified of the School’s plan to issue a communication regarding the investigation’s findings.

This behavior is simply not tolerated at Kinkaid today. We as a school community can and will do better to protect our students.

Kinkaid Today:
Notably, T&M did not receive any allegation of sexual misconduct involving any current faculty members or staff.

The safety and well-being of our students is and will remain our top priority. We are confident that the environment at Kinkaid today is one in which students can freely express concerns to faculty and administrators or other trusted adults, and in which those concerns will be heard and acted upon.

As part of our response to the initial concerns, over a year ago, we asked T&M to carefully review our current policies regarding appropriate relationships with students and the reporting of improper behavior. With T&M’s assistance, we are ensuring that our policies continue to reflect best practices in this area, including a thorough series of updates to our student, faculty and staff handbooks that clarify reporting protocols for students and articulate guidelines for proper boundaries between students and adults on campus.

In each division of the School, students are informed (via age appropriate, grade-level meetings and/or divisional assemblies) that they can report any concerns to any adult at the School, including counseling psychologists who are available in each division. We emphasize to our students, and their parents whenever appropriate, that they should feel completely free to bring any academic or non-academic concerns to their academic division head, assistant division head or dean, depending on who may be the most comfortable point of first contact for them. The handbook provides both students and their parents additional means of reporting, should they feel more comfortable with another option. This will continue to be an area of focus and increased emphasis as we ensure the safety and empowerment of every child in our school.

Upholding Our Commitment to Safety Today:
Although T&M’s formal investigation has concluded, T&M remains a resource should you wish to share any relevant information with them. T&M’s investigators, Laura Kirschstein and Julie Freudenheim, can be contacted at KinkaidSchool@tmprotection.com or by calling 646-445-7544. Throughout the course of its investigation, T&M has upheld its commitment of treating those individuals who have come forward with the utmost respect and discretion; we are confident they will honor this promise into the future.

Feeling safe and secure at school is vital to a student’s success. We are deeply disappointed by the School’s failure at times in its past to provide a safe and secure environment, and we offer our most sincere apologies to those students who suffered as a result. We affirm our deep gratitude to the survivors and witnesses who came forward, and we pledge our continued commitment to students, parents, faculty and staff, and alumni to promote educational excellence, personal responsibility and a safe and respectful learning environment.

The Kinkaid School Board of Trustees