The lockdown was lifted at approximately 11:15 am and all CCISDS students were reported safe. 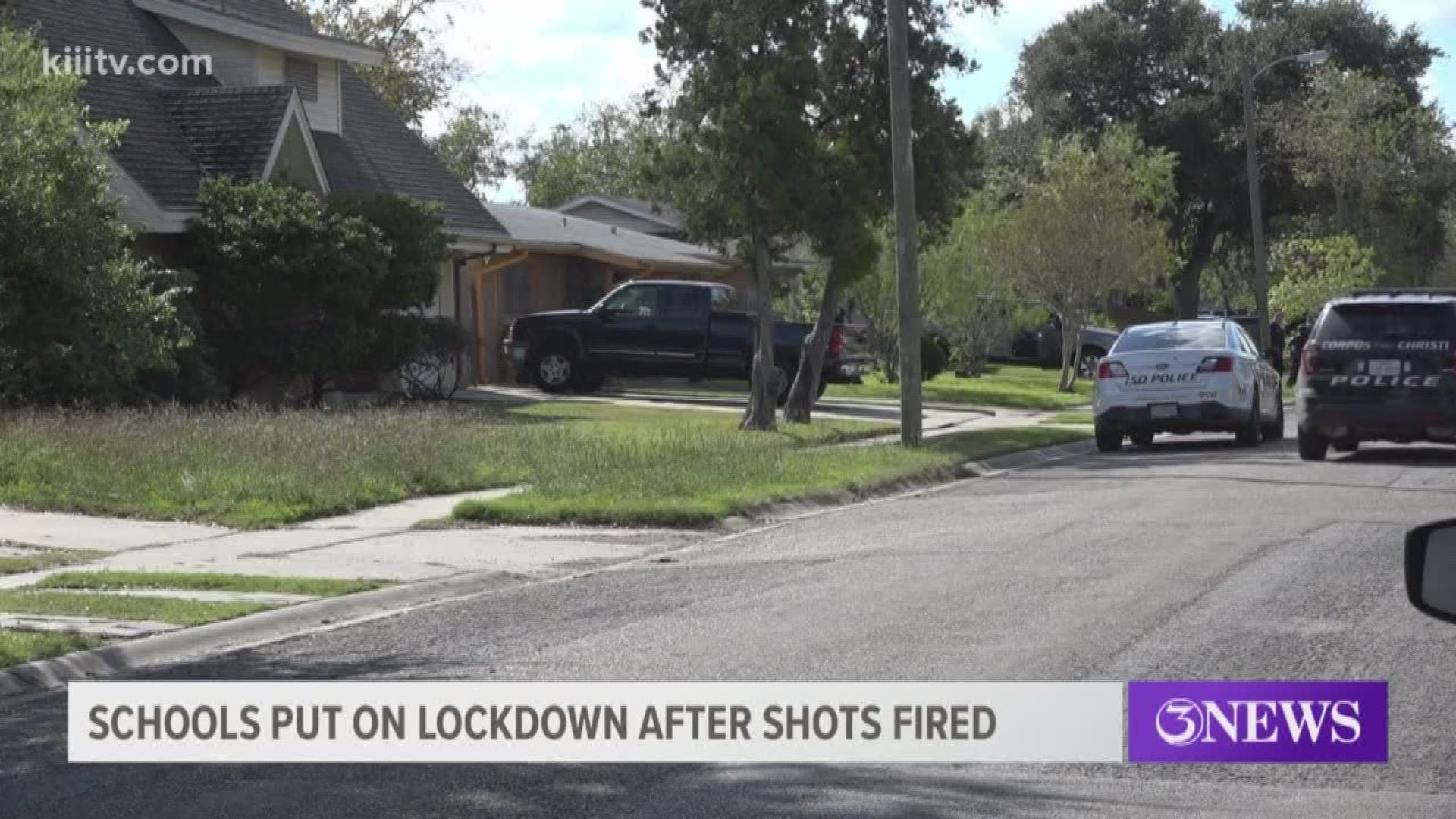 CORPUS CHRISTI, Texas — According to the Corpus Christi Police Department, a man on 4700 block of Prescott St. was working on his truck in the driveway.

The man then left the doors of the truck open and went inside his home.

Four juveniles approached the driveway and stole the truck, and attempted to drive down the street.

The victim's son heard the truck driving away, ran out of the house, and shot several times in the air.

CCPD was called to the scene, and the juveniles were apprehended.

According to CCPD, there were no injuries, and the vehicle was recovered without incident.

The lockdown was lifted at approximately 11:15 am and all CCISDS students were reported safe.