Although Texans are seeing a difference at the gas pump, experts say it's not as bad as other states. 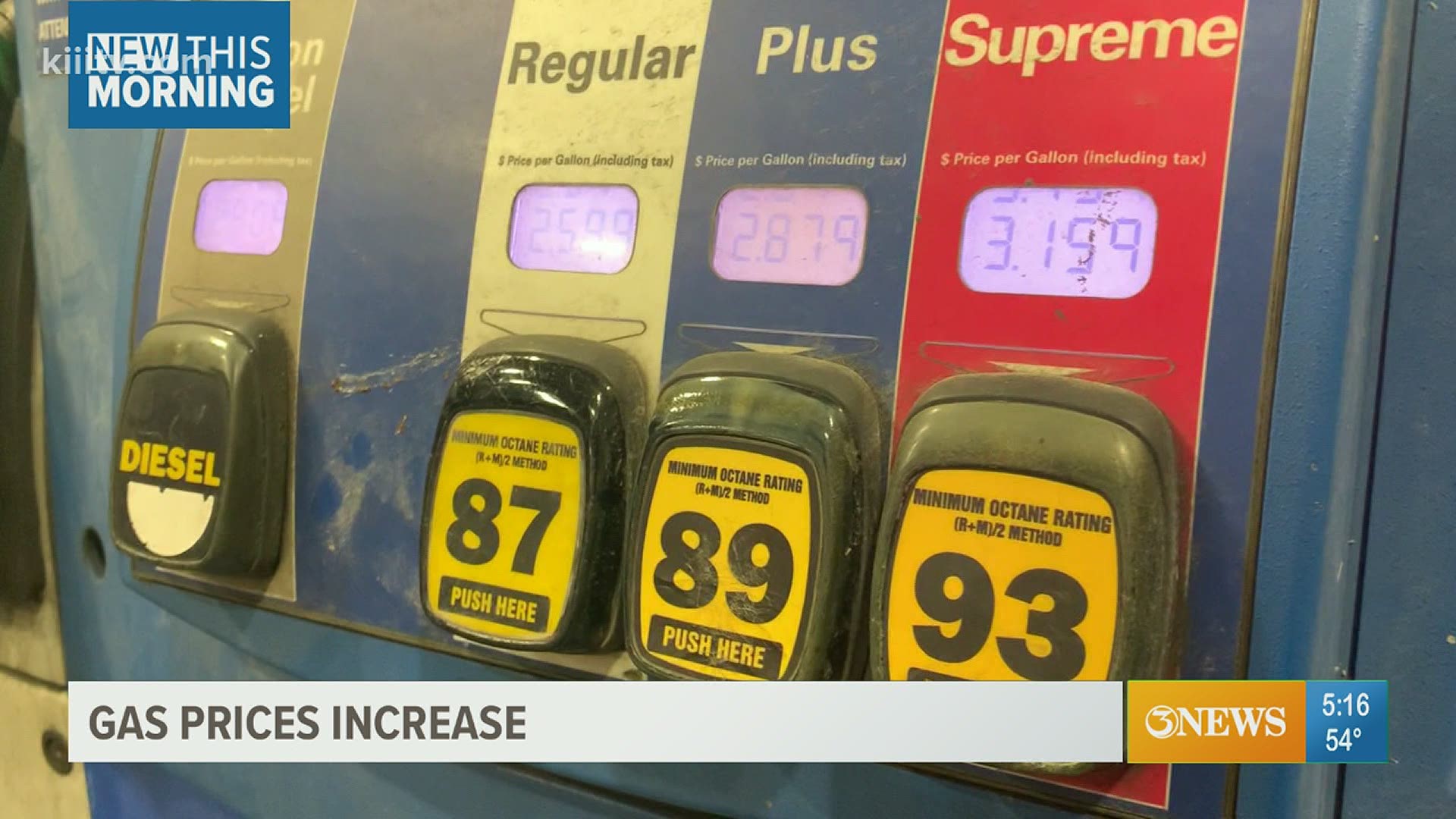 Less travel and the winter freeze are two recent factors pushing gas prices higher and higher at the pump.

"Here in Texas in Corpus Christi, the average today, and that's the average some people will pay more, but it's $2.62 for a gallon of regular unleaded. That price is increased 44 cents in just the last month," said Daniel Ambruster, a spokesperson for AAA-Texas.

"There's just so many variables that go into what we pay at the pump, the biggest variable is going to be the crude oil. Crude oil prices have shown signs that they're starting to stabilize a little bit, which could mean that the increases we're seeing are going to slow down as we get into April. But for now, gas prices are going to continue to increase," said Ambruster.

There's currently too much demand and not enough supple, especially after the winter freeze. He said it's similar to what we see happen during and after major hurricanes.

"But the good news for Texans is relatively speaking at least our prices are much cheaper than the rest of the nation's.Texas usually falls in the top five when it comes to states with the cheapest gasoline, and today I believe we're in third place," said Ambruster.

With refineries in Texas' backyard and lower fees and taxes at the state level, Texans will continue to fare well compared to other states during this uncertainty.

"The best thing you can do to save on gas is of course, lightening your load taking any extra items out of your vehicle, so it's more fuel efficient, making sure your tires are properly inflated that can go a long way to saving on gas down the road. Then, also just making sure you're not accelerating too quickly, it little steps like that can go a long way," said Ambruster.