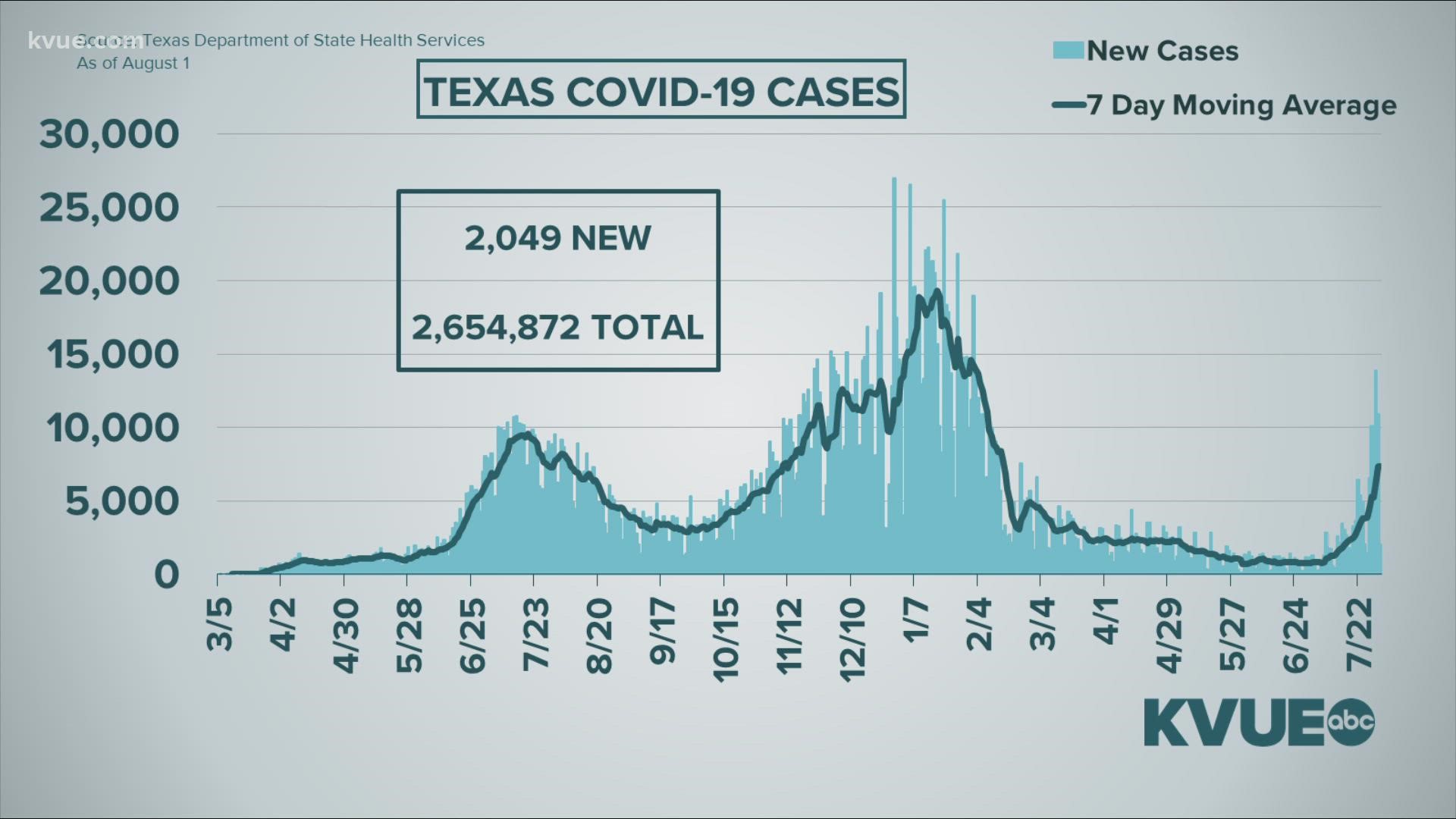 AUSTIN, Texas — Texas is one of two states that made up one-third of all new COVID-19 cases in the U.S. in the past week. Totals in the Lone Star State and Florida combined to make up just over 33% of new cases, according to the White House.

According to the Centers for Disease Control, the 7-day moving average of new cases on Friday, July 30, increased 64.1% from the past week. The average was 66,606.

The 7-day average for new cases in Texas was 7,662 as of Monday, Aug. 3. Only 52.85% of Texans eligible for the vaccine are fully vaccinated, according to data from the Texas Department of State Health Services.