The city’s signature 11-day festival, already delayed from its normal April dates, won’t happen at all in 2020. 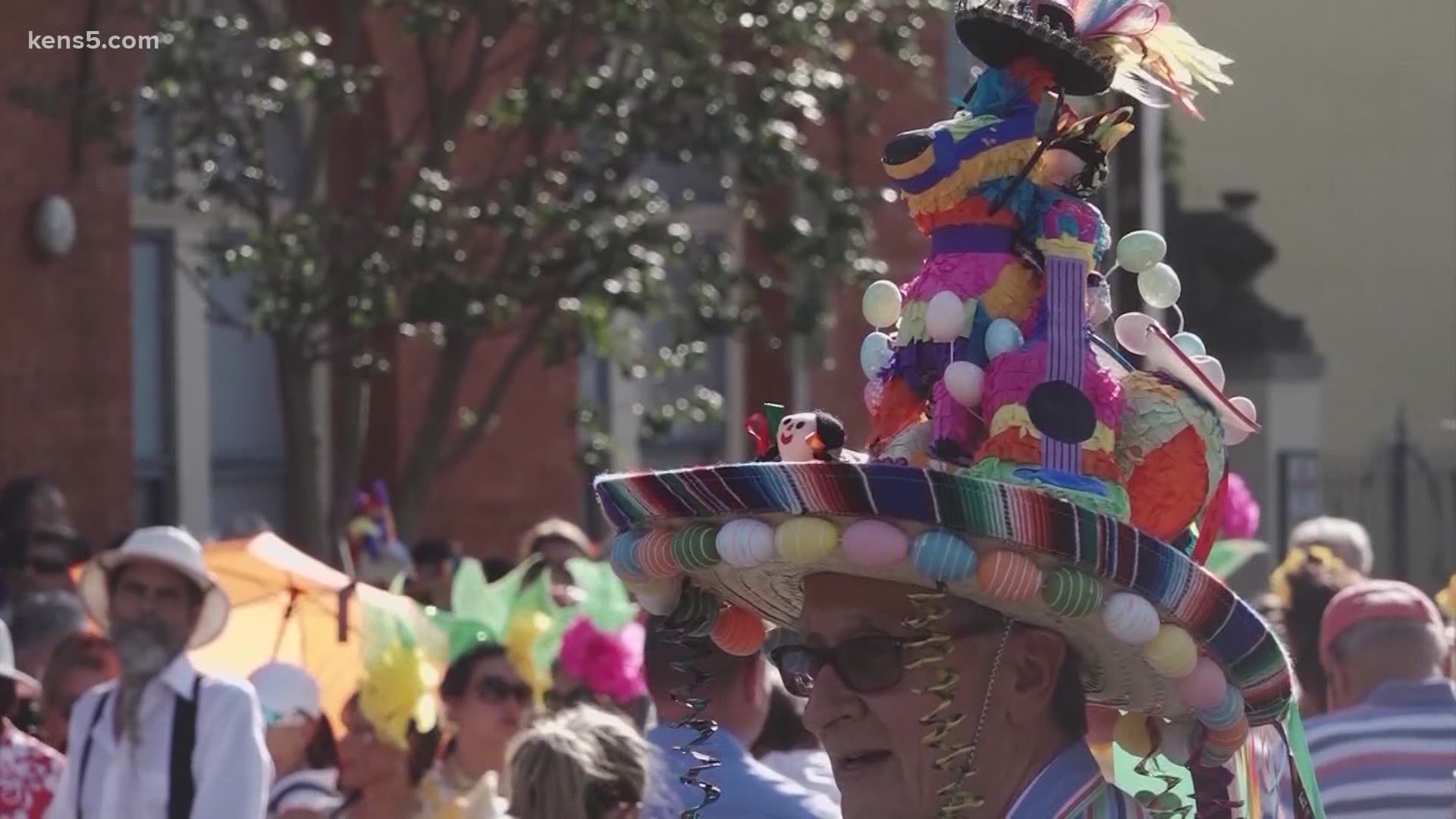 SAN ANTONIO — In April, the message was "see you in November." Now, November is a no-go.

Fiesta 2020 was canceled Friday as coronavirus numbers continued to surge in San Antonio and across Texas. Fiesta San Antonio sent out the following tweet to make the announcement:

Fiesta San Antonio encouraged nonprofit organizations to honor the tickets sold for April 2020 in April 2021. But they did ask people to give organizations some time to prepare to address ticket issues.

San Antonio's largest party was originally slated to start April 16, but as the number of COVID-19 cases continued to increase nationwide, so did the citywide anxiety about hosting such an enormous celebration.

On March 13, Fiesta organizers and city leaders announced the decision to postpone the celebrations until November, though not all Fiesta participants were on board with a fall fanfare; shortly after the postponement was announced, Fiesta Oyster Bake organizers shared that they would not take part in November.

As early as April, city leaders pondered whether coronavirus would affect even a November start to Fiesta. Mayor Ron Nirenberg said forbidding large gatherings like Fiesta was a key factor in flattening local COVID-19 numbers early on.

"It has really helped us," Nirenberg said in April. "We have seen areas where it wasn't done soon enough, (such as) in New Orleans where there was Mardi Gras, and the consequences of those types of events happened. We don't want to put ourselves in that position."

San Antonio began to see a surge in coronavirus cases after Memorial Day as the easing of statewide restrictions forced city mandates to be lifted, including those enforcing limits on outdoor gatherings.

On July 1, Fiesta organizers announced they were “closely watching” local COVID-19 developments. On Wednesday, Mayor Nirenberg suggested that an update would be coming "within the week."

“We’re cognizant of where we are with this disease and are not taking that lightly,” Nirenberg said.

RELATED: Mayor Nirenberg teases announcement on Fiesta 2020 'within the week'